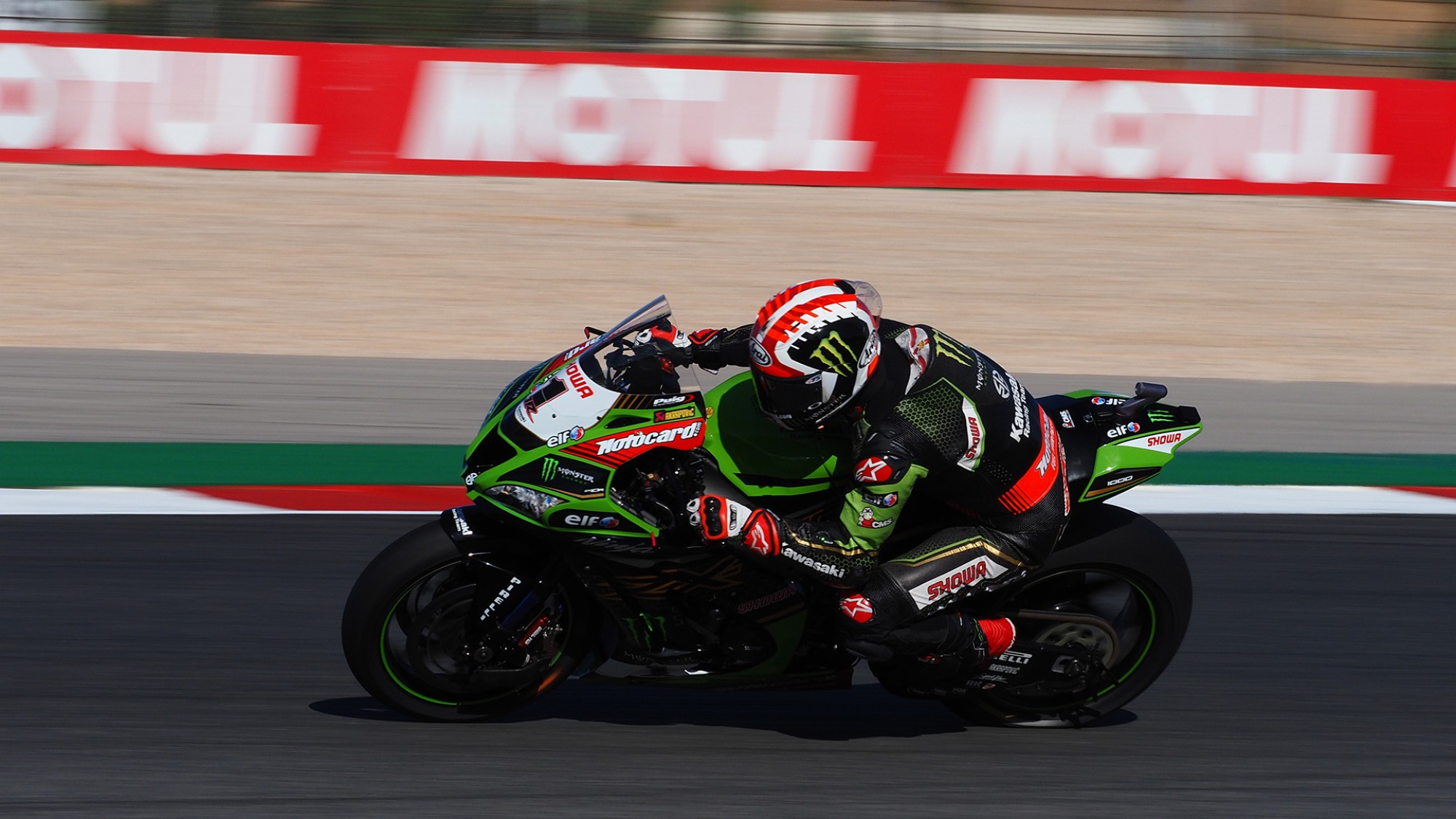 The competitive nature of Tissot Superpole was on full display at the Autodromo Internacional do Algarve as the grid was set for the Motul Portuguese Round as reigning Champion Jonathan Rea (Kawasaki Racing Team WorldSBK) claimed pole position for Race 1 by nearly three tenths of a second; his second consecutive pole position at Portimao and his fourth at the circuit in total.

4th pole position at Portimao for the @KRT_WorldSBK rider! More than any #WorldSBK rider #PRTWorldSBK pic.twitter.com/8ZQQaJpKUT

The early pace was set by Toprak Razgatlioglu (PATA YAMAHA WorldSBK Official Team) as he posted  a 1’41.353 to strike first, heading Scott Redding (ARUBA.IT – Racing Ducati); the double Jerez race winner suffering a crash at Turn 5 but was able to remount his Ducati Panigale V4 R and bring it back to the pit lane where his team quickly repaired some damage. Redding was able to head back out on track shortly afterwards.

As riders switched to the qualifying tyre, it was Rea who laid down the gauntlet as he became the first rider to lap in the 1’40 bracket to claim the best starting position possible, with other riders unable to response. Rea will be joined on the front row by Razgatlioglu and Rea’s KRT teammate, Alex Lowes, with the duo unable to match Rea.

Tom Sykes (BMW Motorrad WorldSBK Team) showed his Superpole prowess with fourth on the grid as he secured a second row start, ahead of Michael van der Mark (PATA YAMAHA WorldSBK Official Team). Sykes and van der Mark were separated by just 0.005s; showing how competitive the field is. Loris Baz (Ten Kate Racing Yamaha) was once again the top Independent rider as he secured a second row start as he continued to show his impressive pace.

The times are sooooclose and nothing is decided yet!

Alvaro Bautista (Team HRC) qualified in 12th after a crash during Superpole in Sector 3, the Spanish rider able to remount his bike and ride it back to the pit lane. He qualified just ahead of Chaz Davies (ARUBA.IT Racing – Ducati); Davies around eight tenths of a second behind teammate Redding.