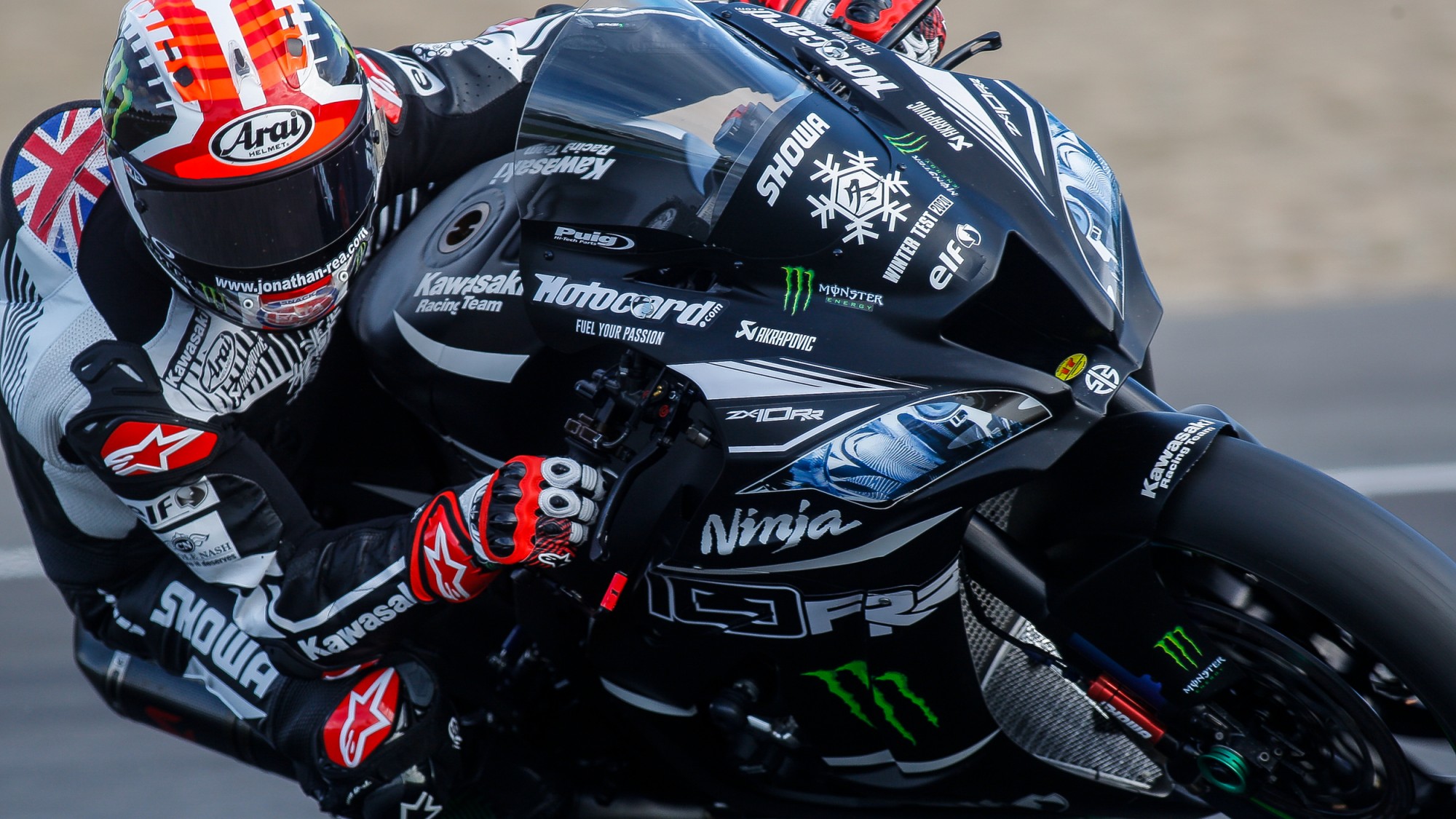 Just 0.019s split the two riders at the Jerez test, making for a close end to day one, whilst a mouth-watering prospect awaits on day two and for 2020!

Day one of the 2020 MOTUL FIM Superbike World Championship test at the Circuito de Jerez – Angel Nieto has come to a close, with riders and teams testing new parts and new bikes ahead of the new season. Returning riders and WorldSBK rookies were on track looking for the perfect set-up for their 2020 season, whilst WorldSSP also joined the on-track action. Although four red flags interrupted proceedings, Jonathan Rea (Kawasaki Racing Team WorldSBK) pipped Toprak Razgatlioglu (Pata Yamaha WorldSBK Official Team) and Alex Lowes (Kawasaki Racing Team WorldSBK) to finish on top of the pile ahead of day two.

Improving the package in specific areas and continuing to experiment with new ideas regarding balance and set-ups for various scenarios, the Kawasaki Racing Team WorldSBK continued their pre-season testing with a strong afternoon in the south of Spain. Jonathan Rea was the first rider under the 1’40 mark, whilst Alex Lowes elevated himself up to second with just two hours of track time to go. Lowes eventually finished in fourth place, behind his teammate and both Pata Yamahas.

Over at Ducati, it was a tough afternoon for Scott Redding (ARUBA.IT Racing – Ducati), who ran on at Turn 5 and beached his Ducati. The British rider re-joined the track but slipped down to seventh with less than two hours to go, although he recovered in the end and finished day one in sixth. Davies was just two places behind and was working on ergonomics, whilst working on rear shock feelings together with Ohlins. Michele Pirro (BARNI Racing Team) was just outside the top ten in 11th.

Yamaha were also working on a vast array of things across their bikes, as Toprak Razgatlioglu (Pata Yamaha WorldSBK Official Team) was the first out on track. Toprak was experimenting with engine braking and was keen to refine his riding position; the Turk finished second overall, splitting KRT duo Rea and Lowes. Setting 98 laps, Michael van der Mark was also working hard on improving his feeling with new parts on the 2019 bike and finished third. Loris Baz (Ten Kate Racing – Yamaha) was as high as third but slipped down to overall, as he continued to work on a solution for his top speed deficit. Niccolo Canepa was out on track too and was the only rider with the 2020 Yamaha R1, finishing ninth.

For the first time for the 2020 season, BMW were on track, meaning Eugene Laverty made his debut with the German manufacturer. Laverty suffered a technical problem which brought out the second red flag, leaving oil on the track at Turn 2. Tom Sykes spent his day testing different chassis characteristics, whilst also experimenting with a different electronics strategy and swingarm parts too. Tom Sykes finished the day in seventh whilst Laverty was tenth overall.

At GRT Yamaha, both Federico Caricasulo and Garrett Gerloff continued their adaptation to World Superbike life. The Italian was not inside the top ten for most of the day, and, like at Aragon, was working on his riding position on the bike. Garrett Gerloff set more than 70 laps on his first time at Jerez and spent most of the day inside the top ten before finishing 12th. Xavi Fores (Kawasaki Puccetti Racing) was still getting used to be being back on a WorldSBK-spec motorcycle and was one place further back in 13th, whilst Caricasulo and Lorenzo Savadori (Team Pedercini Racing) were 14th and 15th respectively.

Follow all of the action from the Jerez test with our highlights package with the WorldSBK VideoPass!