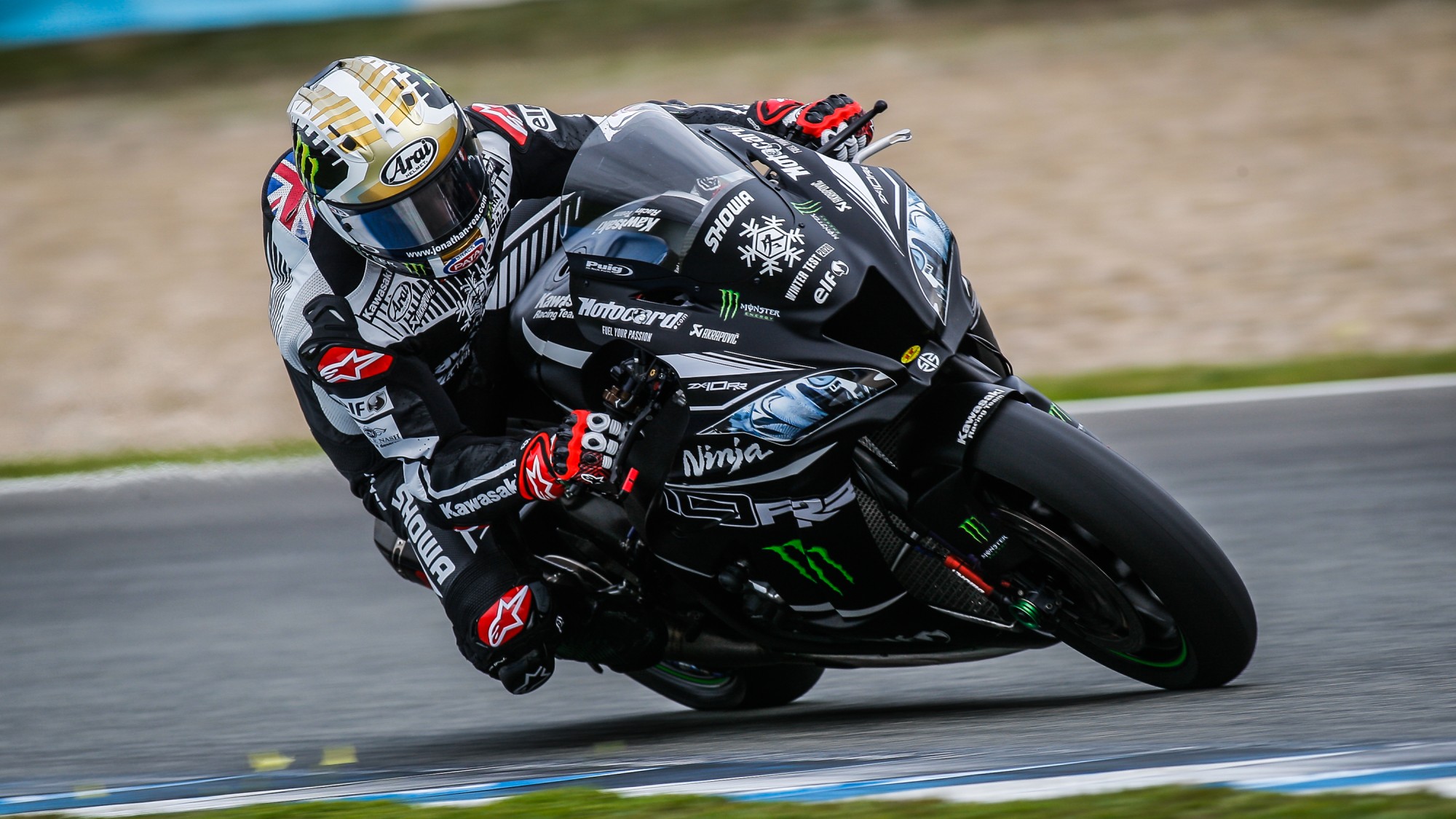 Completing just a few laps was all that was needed for Jonathan Rea, whilst Yamaha, Ducati and Honda all impressed inside the leading positions

The final day of Jerez testing brought the only sunshine available out to play for a handful of hours before more rain meant that most teams remained in their garages with a couple of hours to go. With Honda on top of day one, it was Jonathan Rea (Kawasaki Racing Team WorldSBK) and Kawasaki who were on top after doing 19 laps across the two days. Behind him, 2019 rival Toprak Razgatlioglu (PATA YAMAHA WORLDSBK OFFICIAL TEAM) and Scott Redding (ARUBA.IT Racing – Ducati), making it three manufacturers inside the top three.

There was very little track action across both days for the Kawasaki Racing Team WorldSBK outfit, as they vowed to keep their reigning WorldSBK Champion Jonathan Rea in the box for the entirety of day one, before he ventured out on day two. With little to try because he already knows the ZX-10RR so comprehensively, new teammate Alex Lowes did more work. The WorldSBK race winner experimented with launch control settings and wasn’t worried about the lack of dry time, as he was fast in testing in years gone by but then got to the first round and it had been a different story. Heading to Portugal, Rea is on top and Lowes is fourth.

Two-time race winner Toprak Razgatlioglu was in fine form across the test and despite suffering a Turn 1 crash on Wednesday, he bounced back to lead the way for the majority of the second day. However, once Jonathan Rea had gone out, Razgatlioglu was pushed back to second, although just over two tenths behind the Ulsterman. Michael van der Mark (PATA YAMAHA WORLDSBK OFFICIAL TEAM) joined his teammate at the sharp end and completed the top five, 1.7s behind Rea.

Making it three manufacturers inside the top three, Scott Redding (ARUBA.IT Racing – Ducati) took his Ducati Panigale V4 R around the Circuito de Jerez – Angel Nieto track. Having raced at the track more than most of his competitors from his MotoGP™ paddock days, the 27-year-old British ace had a good run at a circuit he knows well in order to learn the WorldSBK-spec of the V4 R’s intricacies. Chaz Davies (ARUBA.IT Racing – Ducati) had a tough test and was 15th at the end of it all, crashing twice on the first day and completing less than 30 laps on day two.

Day one saw the highly awaited first public appearance of the all-new Honda CBR1000RR-R and it ended the day on top of the WorldSBK pile in the hands of Leon Haslam (HRC Team). On Thursday, the bike couldn’t quite replicate the position, but it was a good indicator of what the bike was capable of in drying conditions. The ‘Pocket Rocket’ finished in sixth come the end of play and hailed the support of HRC, giving him the confidence to achieve great things. For Bautista, the objective is still to find a good base setting and to learn the technicalities of an in-line four-cylinder motorcycle, something he has never ridden before. Bautista ended day two in eighth.

Visor down. Game on. @19Bautista and Team HRC mean business on the second day of testing, as the Jerez circuit welcomes them to track action!#WorldSBK pic.twitter.com/xTKEyagNyK

In seventh place was the first of the Independent riders and Loris Baz (Ten Kate Racing Yamaha). The 26-year-old WorldSBK race winner was right in the mix across the two days of testing, testing with the new 2020 Yamaha YZF R1. The wet weather running was confirmation that the team have improved the set-up of the bike in general, whilst they also practiced race starts and refined their electronics. Along with Baz in the top ten were other Independent riders were Michael Ruben Rinaldi (Team GOELEVEN) and Federico Caricasulo (GRT Yamaha WorldSBK Junior Team), the latter of which suffered two crashes.

Outside the top ten was Tom Sykes (BMW Motorrad WorldSBK Team) in eleventh, as the BMW squad didn’t try too much during the second day. Combined with teammate Eugene Laverty, the two did 65 laps in total across the second day with a primary focus on Laverty, who hailed the chassis but has engine desires in order to move forward. With two chassis to test, the Shaun Muir Racing team will be busy with more development at Portimao; ‘Norge’ was 18th.

ORELAC Racing VERDNATURA were up in 12th place with WorldSBK rookie Maximilian Scheib, who quietly impressed around the WorldSBK paddock at Jerez. The Chilean rider’s main aim was to familiarise his way with the ZX-10RR, whilst placing fourth out of the Independent riders. Third on day one, it was 13th for Garrett Gerloff (GRT Yamaha WorldSBK Junior Team) on day two, whilst Sandro Cortese (Barni Racing Team) was 14th on his deputising duty. The German rider, who liked the feeling from his Ducati Panigale V4 R, is still without a ride on the 2020 grid. Sylvain Barrier (Brixx Performance) was 16th on his Ducati, ahead of Leandro Mercado (Motocorsa Racing).

Catch all of the action from the Jerez WorldSBK test and get ahead of the game before the start of the 2020 season with the WorldSBK VideoPass!