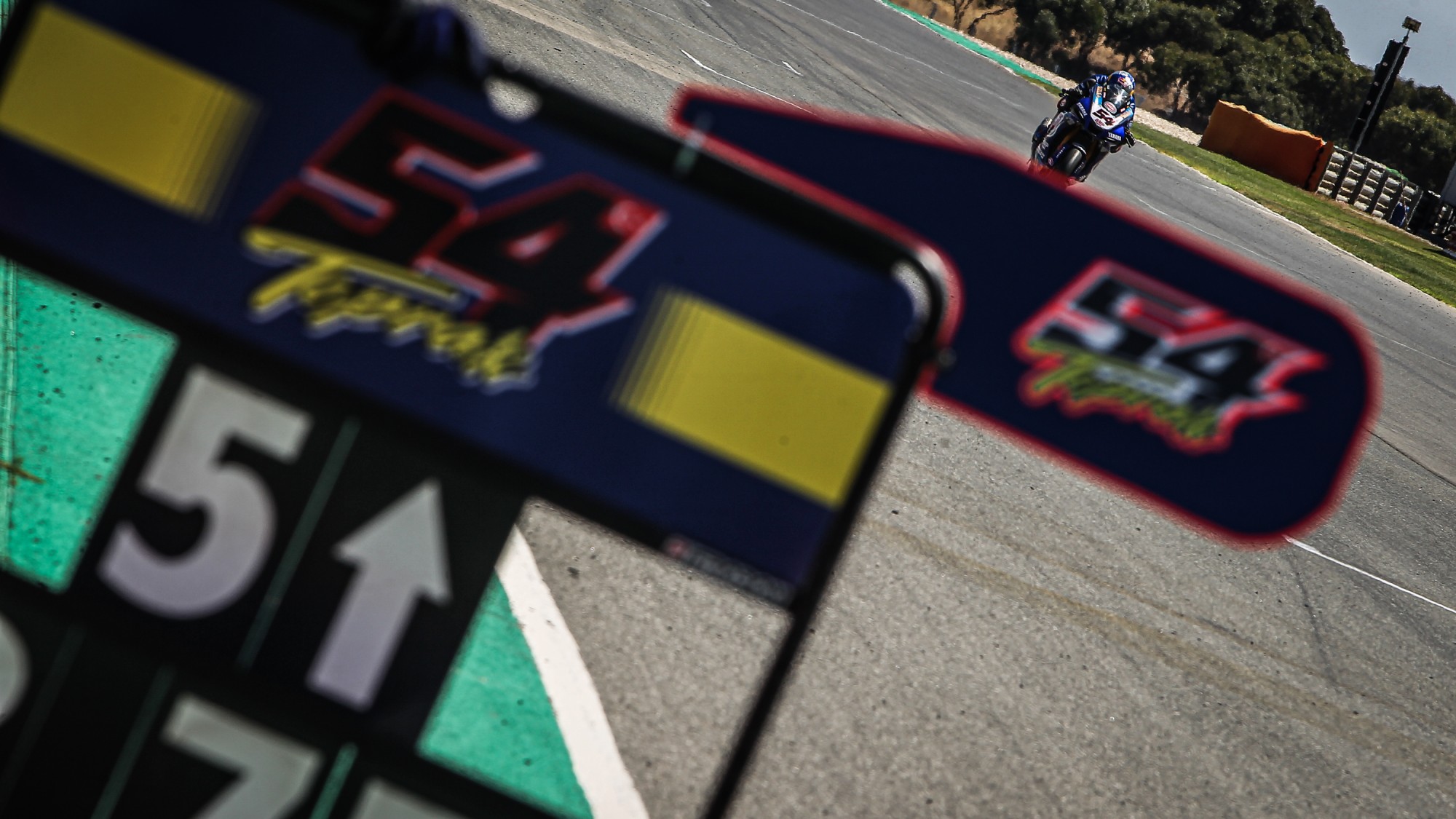 MOTUL FIM Superbike World Championship action continued into the afternoon at the Autodromo Internacional do Algarve with Toprak Razgatlioglu (PATA YAMAHA WorldSBK Official Team) setting the pace for the day; his time from the opening practice session the fastest of the day by around four tenths of a second ahead of the Motul Portuguese Round.

Third fastest was reigning Champion Jonathan Rea (Kawasaki Racing Team WorldSBK) as he made it two manufacturers in the top three, Rea missing out on second place for the day by just 0.045s to French rider Baz. Rea’s Kawasaki teammate, Alex Lowes, finished in eighth place overall, the first rider to have a fastest time not in the 1’42s bracket.

Michael Ruben Rinaldi’s impressive form continued as he finished fourth for the day, following on from his fourth-place finish at Jerez. The Italian rider was just 0.017s away from matching the time of five-time Champion Rea; Rinaldi continuing to show his rapid pace by being classified as the fastest Ducati rider. Scott Redding (ARUBA.IT Racing – Ducati) was the lead factory Ducati rider in fifth place, with his teammate, Chaz Davies, ending the day in 12th.

Alvaro Bautista (Team HRC) was the lead Honda rider on Friday as he finished the day in ninth place, around one tenth ahead of teammate Leon Haslam. Bautista had a crash at Turn 5 during Free Practice 2 but he was able to remount his Honda and continue lapping the Portimao circuit as Free Practice 2 continued.

Not the greatest afternoon for @19Bautista!

The Honda rider takes a small tumble at Turn 5, but is otherwise OK#PRTWorldSBK pic.twitter.com/CqUY8jrn6a

Garrett Gerloff (GRT Yamaha WorldSBK Junior Team) was 12th overall for the day aboard his Yamaha YZF R1 with him and teammate Federico Caricasulo completing the most laps of anyone for the day – with American rider Gerloff completing 42 and Caricasulo 45. The pair were separated by Sandro Cortese (OUTDO Kawasaki TPR), Leandro ‘Tati’ Mercado (Motocorsa Racing) and Xavi Fores (Kawasaki Puccetti Racing).