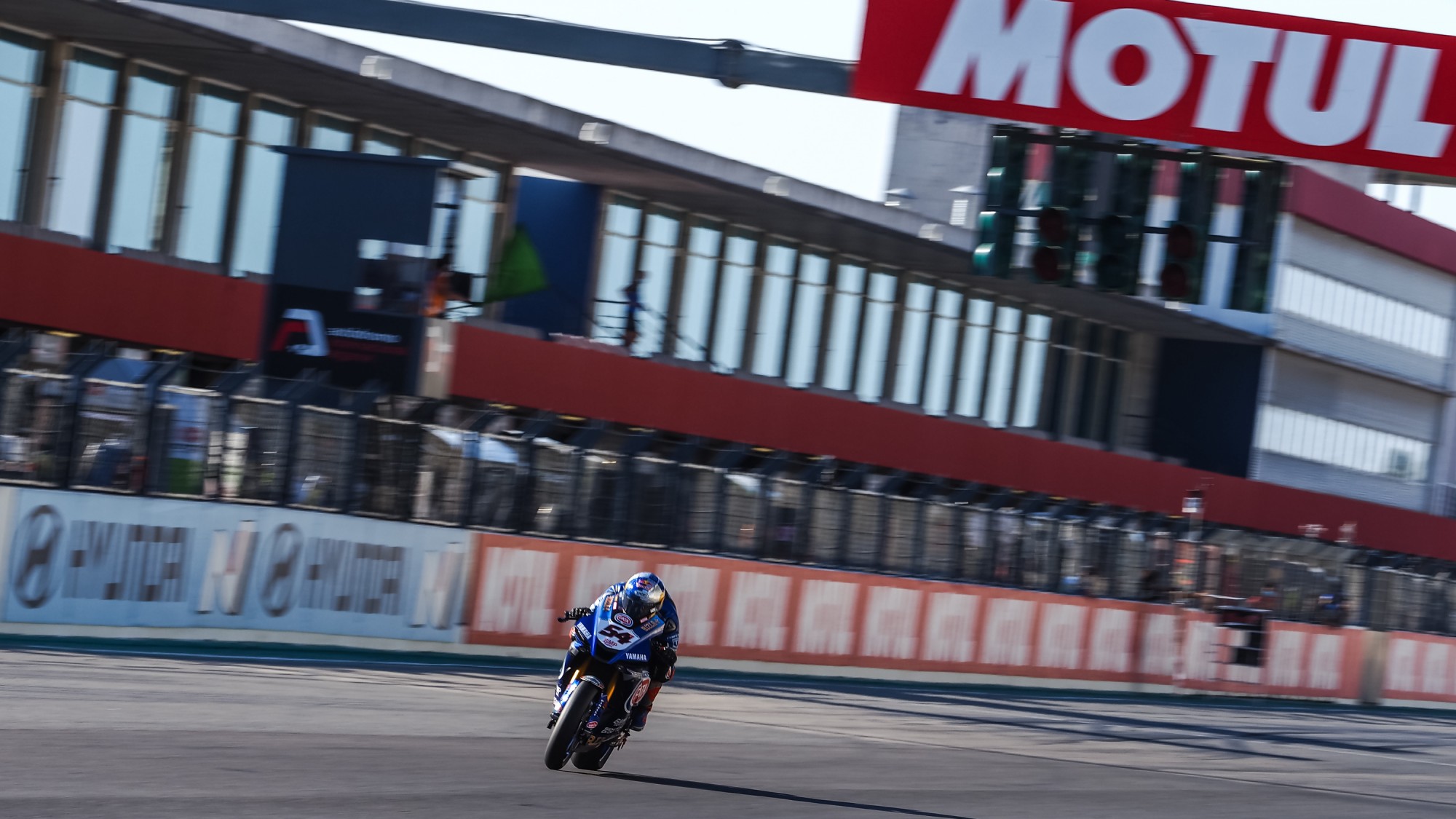 The Turkish star started his Saturday where he left off on Friday, an ominous sign for the rest of the day…

Saturday action began with a frenetic FP3 session, with 20 minutes to get dialled in for the Tissot Superpole session. Still with high humidity and with the sun beaming down, it was heated for the opening session of the day. Making the most of the first track time was Toprak Razgatlioglu (PATA YAMAHA WorldSBK Official Team), who continued his dominance from Friday ahead of teammate Michael van der Mark, with a third consecutive Yamaha 1-2 in as many sessions.

Razgatlioglu put in a fast lap towards the end of the session and was just under two tenths clear of Michael van der Mark in second. The Dutchman set consistently quick lap times and was a solid second at the flag. Jonathan Rea (Kawasaki Racing Team WorldSBK) was third once again, despite leading the session for a large chunk. Rea’s strong pace is ominous for the race, as does Loris Baz’s (Ten Kate Racing Yamaha), who was fourth. Scott Redding (ARUBA.IT Racing – Ducati) was fifth and is keen for a strong Tissot Superpole and Race 1.

Tom Sykes (BMW Motorrad WorldSBK Team) was top BMW in sixth and just fractionally ahead of the Independent Ducati of Michael Ruben Rinaldi (Team GOELEVEN), who, like Baz, goes in search of his first podium in 2020. Eighth place belonged to Alex Lowes (Kawasaki Racing Team WorldSBK), who was as high as third at one point. Alvaro Bautista (Team HRC) made it five manufacturers inside the top nine whilst Jerez podium-man Chaz Davies (ARUBA.IT Racing – Ducati) returned to the top ten.

Other stories from FP3 were the technical issue for Ireland’s Eugene Laverty (BMW Motorrad WorldSBK Team), with blue smoke billowing out from his S 1000 RR. Christophe Ponsson (Nuova M2 Racing) had a massive moment on the run down to Turn 9 and somehow stayed aboard; shaken and not stirred for the French wildcard.

Follow the racing action this weekend with the WorldSBK VideoPass!