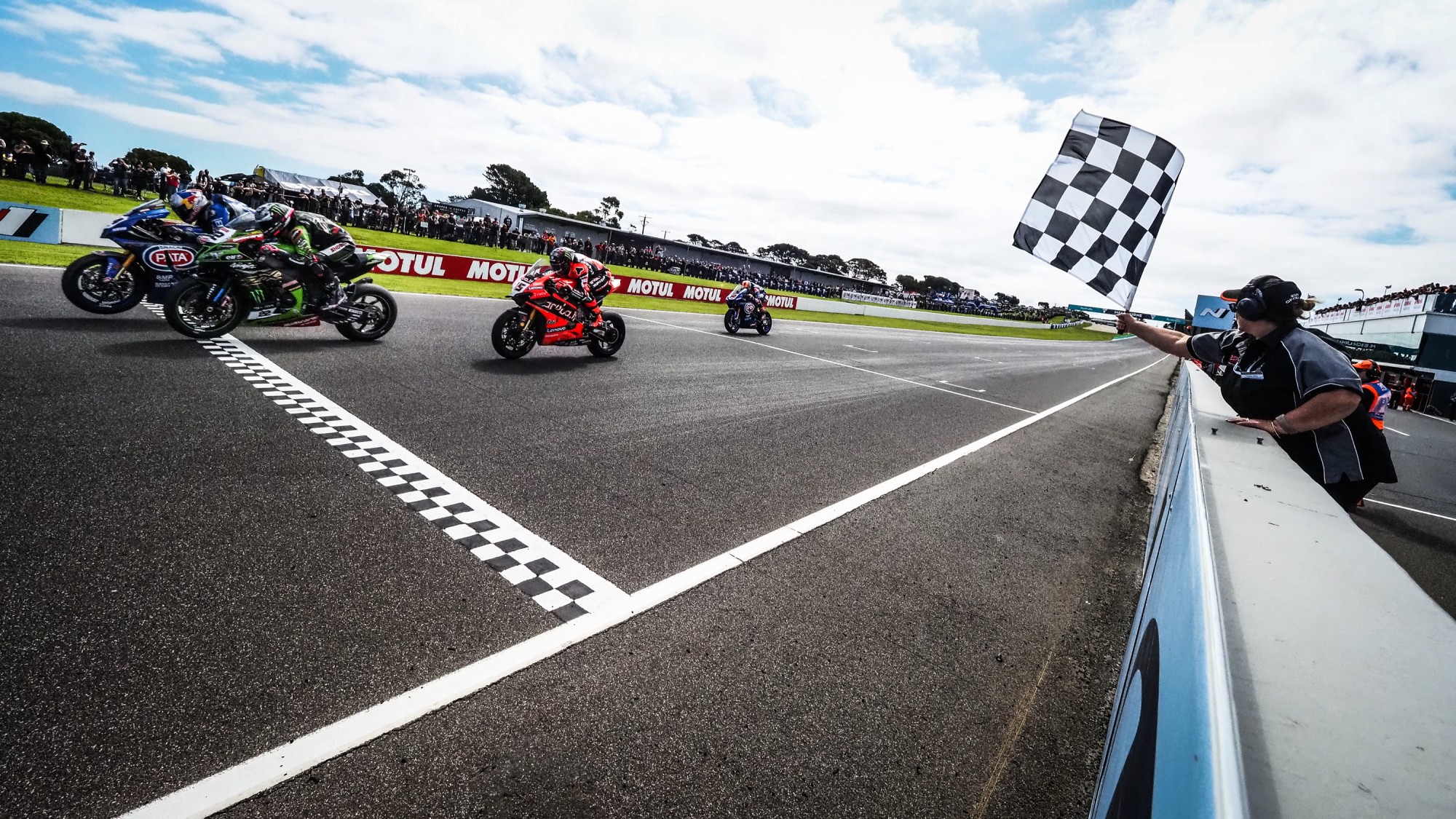 The 2020 MOTUL FIM Superbike World Championship roared into action at Phillip Island with an action-packed opening encounter. Toprak Razgatlioglu (Pata Yamaha WorldSBK Official Team) claimed the victory by one of the smallest margins in WorldSBK history. Just 0.137s separated the top four riders at the end of a thrilling opening race to the season.

What a phenomenal start to the season@toprak_tr54 wins at Phillip Island in one of the closest finishes in #WorldSBK history.#AUSWorldSBK pic.twitter.com/SM3hJUW8En

At the start of the race polesitter Tom Sykes (BMW Motorrad WorldSBK Team) lost the lead to reigning Champion Jonathan Rea (Kawasaki Racing Team), with the pair coming together on track. Sykes was able to continue without leaving the track but Rea’s race was disrupted after a trip through the gravel. He was able to continue but re-joined the circuit in 18th and last place. Rea’s race came to an end after five laps when he crashed at Turn 8.

On lap two of 22, Scott Redding (ARUBA.IT Racing – Ducati) passed Michael van der Mark (Pata Yamaha WorldSBK Official Team) at Turn 1 for second place as Sykes maintained his lead throughout the first half of the race.  Sykes would continue to maintain the lead before rookie Redding made a move on him at Turn 1, slicing ahead in style.

Van der Mark followed Redding through for second place shortly afterwards before race winner Razgatlioglu passed Sykes into Turn 4, meaning the polesitter had fallen from first to fourth in the space of just four corners. On Lap 12, Sykes found himself moving further down the order to sixth as both Alex Lowes (Kawasaki Racing Team) and Leon Haslam (Team HRC) passed him.

However, the gap stretched to a few tenths at most as Razgatlioglu, Redding and Lowes kept up with van der Mark’s pace throughout the latter stages of the race. All four riders were able to pull away from Sykes and Haslam towards the end, meaning a group of four were chasing victory in the first race of the season.

Razgatlioglu was able to hold on to victory from Lowes and Redding with the trio separated by just 0.041s at the end of the race and van der Mark just a tenth back in fourth place; it was the second-closest podium in WorldSBK history. Lowes was third going into the final corner but took advantage of van der Mark getting slightly off line as he looked to pass Razgatlioglu.  With Toprak getting a slight twitch leaving the final corner, he and Lowes had a drag race to the line with Redding and van der Mark trailing just behind.

The top group is covered less than a second and still 19 laps to go#AUSWorldSBK pic.twitter.com/npHjb3LJA6

Haslam was able to hold on to fifth from Honda teammate Alvaro Bautista, who started in 15th, as the Spanish rider charged his way through the field. After a crash in the Tissot Superpole left him without a chance to set a time on the qualifying tyre, Bautista recovered to finish only half a second behind his teammate.

Loris Baz (Ken Tate Racing Yamaha) finished as the top Independent rider by finishing where he started the race in seventh. Redding’s Ducati teammate, Chaz Davies, finished the race in eighth after making his way through the field in a similar fashion to Bautista with polesitter Sykes eventually taking the flag in ninth.

Italian rider Michael Ruben Rinaldi (Team GOELEVEN) finished just 0.012s behind Sykes, who lost a lot of ground at the end of the race. His BMW teammate, Eugene Laverty, finished in 11th place just 0.027s behind his teammate. Federico Caricasulo (GRT Yamaha WorldSBK Junior Team) held off Sandro Cortese (OUTDO Kawasaki TPR) to finish in 12th while his teammate, Garrett Gerloff, finished in 14th place, both on their debut.

Gerloff had been running as high as seventh place during the race but fell back down the order as the race approached its conclusion, perhaps highlighting inexperience around a circuit that places high demands on tyres. He finished ahead of Chilean Maximilian Scheib (ORELAC Racing VerdNatura), who also started the race strongly and ran as high as ninth place.

Scheib was the last classified runner with Takumi Takahashi, Xavi Fores and Rea all not finishing the race. Fores crashed out on Lap 10 while Takahashi had a mechanical issue in the latter stages.

You can watch the rest of this weekend’s thrilling action using the WorldSBK VideoPass! 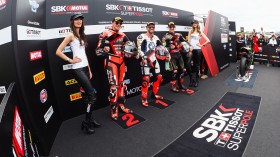