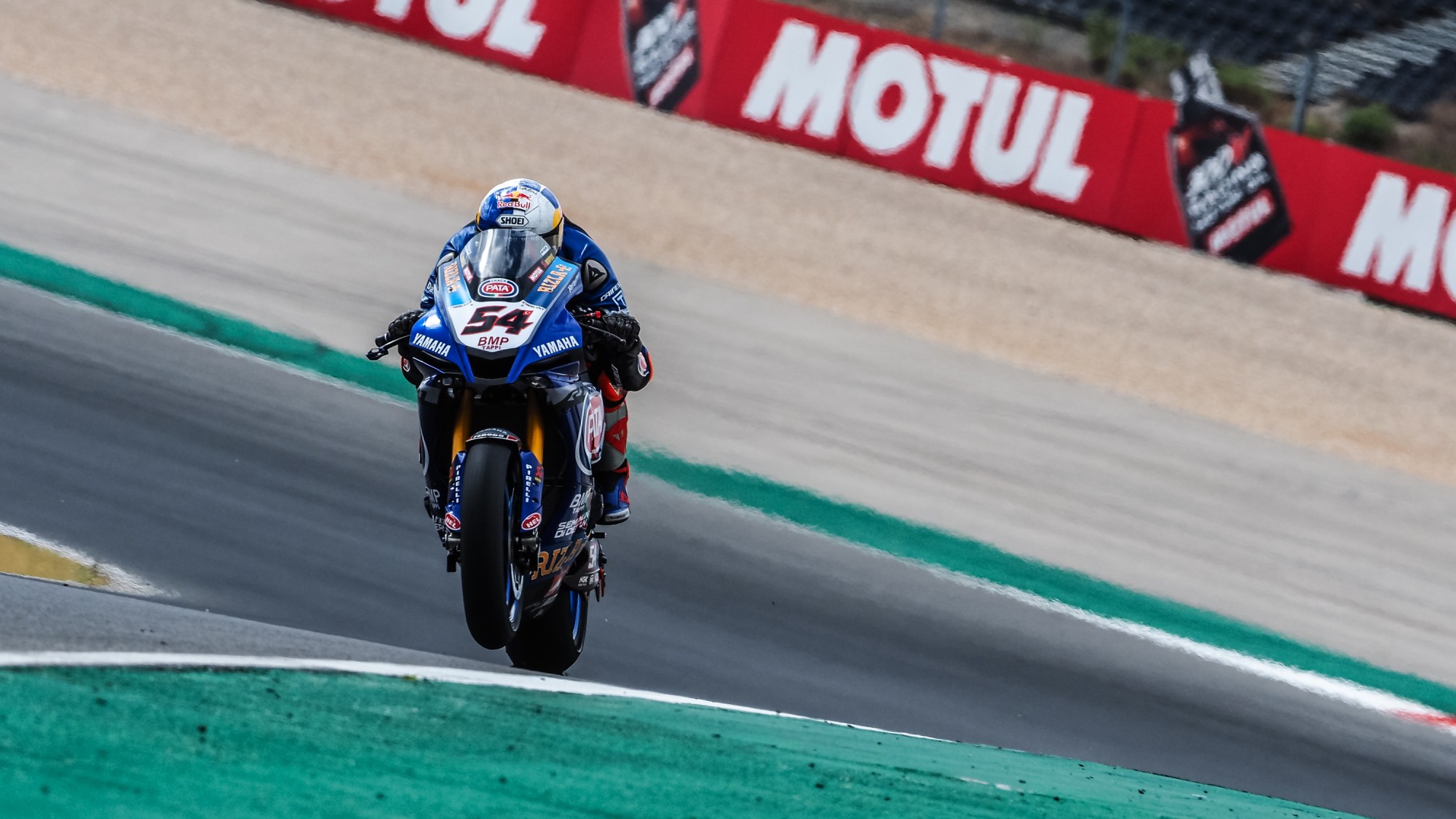 MOTUL FIM Superbike World Championship machines were back out on track as Free Practice 1 for the Motul Portuguese Round got underway at the Autodromo Internacional do Algarve. Toprak Razgatlioglu (PATA YAMAHA WorldSBK Official Team) topped the session by more than six tenths ahead of his Yamaha teammate.

The Turkish sensation posted a 1’42.103 as he topped the opening session at Portimao as he fended off the challenge from Michael van der Mark (PATA YAHAMA WorldSBK Official Team); the pair leading a Yamaha 1-2 in the opening practice session for the Portuguese Round. Jonathan Rea (Kawasaki Racing Team WorldSBK) was third fastest, 0.7s behind Razgatlioglu.

Michael Ruben Rinaldi (Team Goeleven) was the top Independent rider in the opening session as he went fourth fastest on his Ducati, and the Italian was also the highest-placed Ducati rider in the session; less than a tenth behind five-time Champion Rea. Loris Baz (Ten Kate Racing Yamaha) was fifth fastest with Championship leader Scott Redding (ARUBA.IT Racing – Ducati) in sixth; the last rider within one second of Razgatlioglu.

Alex Lowes (Kawasaki Racing Team WorldSBK) was seventh fastest as he finished the session with a 1’43.203, more than a second behind Razgatlioglu; showing how dominant the Turkish rider was in Free Practice 1. Leon Haslam (Team HRC) was the fastest Honda rider in the session as he finished ahead of Tom Sykes (BMW Motorrad WorldSBK Team) and Chaz Davies (ARUBA.IT Racing – Ducati).

Alvaro Bautista (Team HRC) was 12th fastest throughout the 50-minute session on his Honda, three tenths behind teammate Haslam. He held off Eugene Laverty (BMW Motorrad WorldSBK Team) in 13th, 1.5 seconds off Razgatlioglu’s time. Turn 1 had most of the action troughout the session with a number of riders running wide at the right-hander.

You can follow more action from the Portuguese Round with the WorldSBK VideoPass!