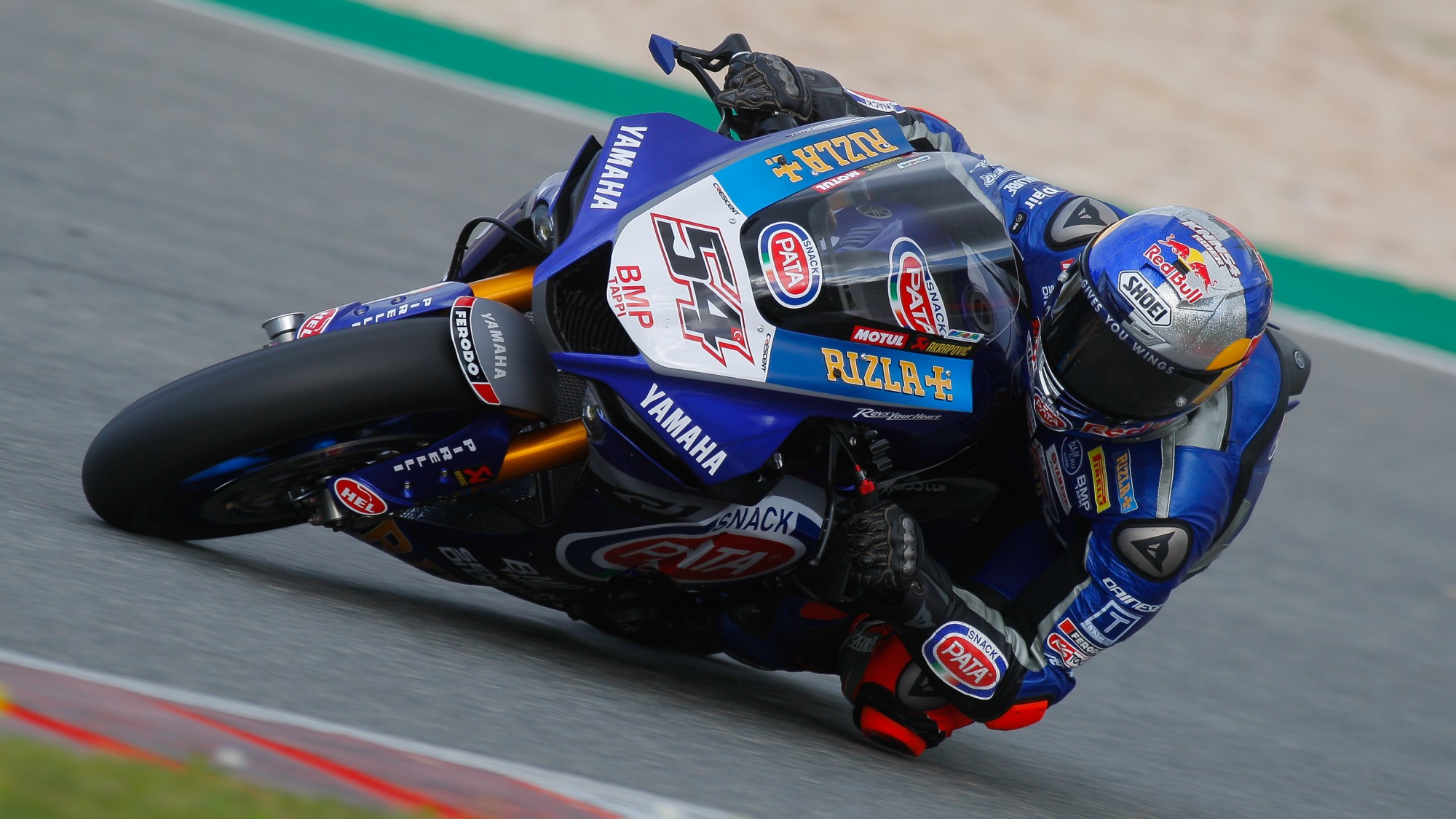 The 2020 MOTUL FIM Superbike World Championship continued to ramp up another gear as Portimao hosted the second day of testing for the WorldSBK field. After Scott Redding (ARUBA.IT Racing – Ducati) ended day one on top, the British rookie was pegged back by the Yamaha charge come lunch time on day two, with Toprak Razgatlioglu (PATA YAMAHA WORLDSBK OFFICIAL TEAM) on top. Four red flags marred the first half of the session, with crashes for Xavi Fores (Kawasaki Puccetti Racing) at Turn 1 and Sandro Cortese (Barni Racing Team) at Turn 7 being the headlines.

Eager to be back on top, the PATA YAMAHA WORLDSBK OFFICIAL TEAM saw Toprak Razgatlioglu on top of the pile for most of the first half of the day. Completing the second half of their testing programme, Razgatlioglu and Yamaha are keen to improve the front end feeling on the Yamaha, focussing on the quality of the laps he got and not the quantity. Michael van der Mark (PATA YAMAHA WORLDSBK OFFICIAL TEAM) kept on trying suspensions and electronics, with their focus based on the long runs he was doing. They were placed…

Top dog on Sunday and back in action on Monday, Scott Redding was pegged back slightly in comparison to where he was on the timesheets the day before. Working on rear grip, Redding chased the pack of Yamaha ahead of him for most of the morning and early afternoon. Chaz Davies (ARUBA.IT Racing – Ducati) made good gains on day one at Portimao and continued gathering data on day two. Redding sat in whilst Davies picked up where he left off on Sunday in

Loris Baz (Ten Kate Racing Yamaha) is certainly back to his best and looks like a serious contender in 2020 if testing is anything to go by. The Frenchman was once again right at the front of the field and by far and away the quickest Independent rider at Portimao, as he worked on softer compound tyres and electronics. Joining him in the top ten from other Independent teams were Xavi Fores in ninth, who crashed at Turn 1 but was OK, and Federico Caricasulo (GRT Yamaha WorldSBK Junior Team) in tenth, one place higher than teammate Gerloff, who was working on adapting his riding style.

2013 WorldSBK Champion Tom Sykes (BMW Motorrad WorldSBK Team) was the shining light for BMW, with the British rider in fourth place at a track he knows well. He was still refining small details, whilst on the other side of the garage, Eugene Laverty was working on power delivery and electronics. The Irishman hailed the bike’s performance in the braking area, whilst also stating that he made a big step forward on day one. Sykes was fourth whilst Laverty was eighth.

Making it four manufacturers inside the top six, Leon Haslam (HRC Team) placed pretty and completed the top half-dozen. Teammate Alvaro Bautista was down in 12th but with no certainty to what they were testing, positions may not reflect the overall progress the CBR1000RR-R has been making. Haslam improved his time from yesterday and was less than half-a-second from his best race lap from Portimao in 2019.

In World Supersport, it was all about Jules Cluzel (GMT94 Yamaha) on top, fractionally ahead of WorldSSP rookie, Andrea Locatelli (BARDAHL Evan Bros. WorldSSP Team). Lucas Mahias (Kawasaki Puccetti Racing) led the charge to Yamaha in third, whilst Steven Odendaal (EAB Ten Kate Racing) and Philipp Oettl (Kawasaki Puccetti Racing) were in fourth and fifth respectively. Danny Webb (WRP Wepol Racing) crashed at Turn 5 and brought out the red flag, but was OK.

Watch WorldSBK action in style throughout 2020 with the comprehensive WorldSBK VideoPass!