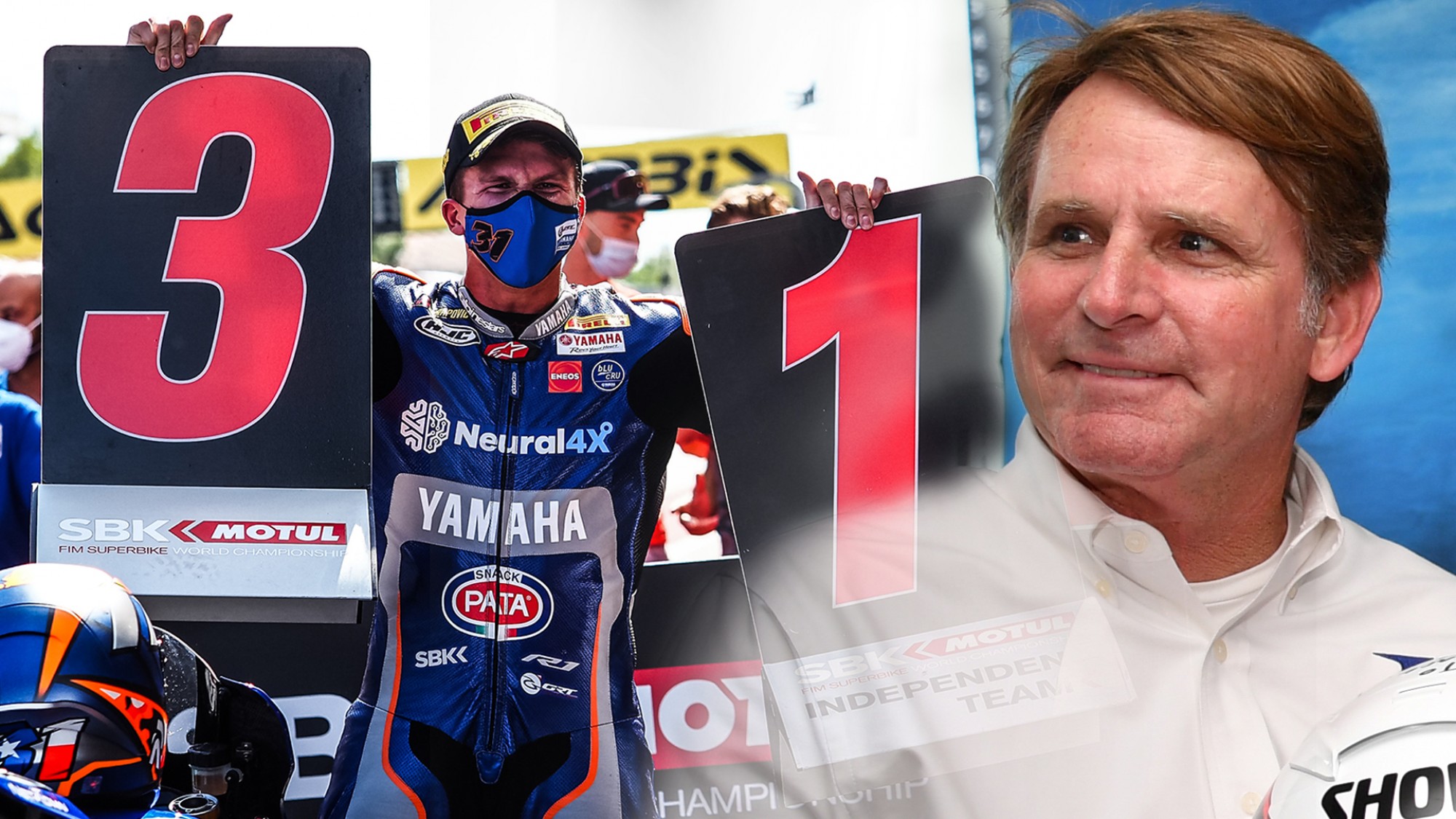 Garrett Gerloff has caught the attention of American racing royalty with Wayne Rainey “very proud” of the new star, whilst “emotional” Ben Spies talks future prospects and the USA’s next star

Just when you think you’ve seen it all in the 2020 MOTUL FIM Superbike World Championship, another magical storyline arises for everyone to see. The improvements by Garrett Gerloff (GRT Yamaha WorldSBK Official Team) were special and he capped off with a first podium of 2020. However, it’s not gone unnoticed in the USA as three-time 500cc World Champion Wayne Rainey and 2009 WorldSBK Champion Ben Spies both heaped praise on the next star of American racing.

“I was watching Garrett from the very start of the race and he was very aggressive but very clean,” began Rainey. “He had a lot of pace, but this is the first race I’ve watched and seen where he looked confident when the tyres go off. They go off so quickly and that’s something he’s struggled with; but what an impressive performance, he did great! The WorldSBK Championship is so competitive and there’s many, many top riders and teams. Garrett’s had to not only get used to Europe but the tracks and especially the tyres as well. After this result, I think we may see a different Garrett Gerloff going forward. Him going over there, getting this podium, it gives confidence not just to him but to the American fans that he can compete.

“I think he’ll be much more consistent now and he’ll have a much better chance to get these top five results. When you race for the top five, the podiums come easier. The way he rode today, at one point I thought he was going to get on top of that podium! I am very proud for him and it’s good to see our hard work paying off.”

With Rainey setting the tone, 2009 Champion Ben Spies also congratulated Gerloff with a phone call after the second race, albeit being hijacked by Michael van der Mark (PATA YAMAHA WorldSBK Official Team), who went on to speak of his surprise to see the young American star battling with him in the second 20-lap encounter of the weekend.

Commenting on the rostrum, Spies said: “I was as emotional watching him as when I got a result! It means a lot to him and he’s got lots more in him. Moving forward, we might see him battle for the podium more and if he wins a race in 2020, it won’t surprise me. I think when everything’s more normal, we’ll see more of the same. He’s got one of the best attitudes in the paddock, the team loves him and I’m glad that everything’s starting to click for him and it’s getting better and better.”

Spies then went on to talk about where Gerloff compares to the rest of the opposition in WorldSBK and where he may end up in a couple of seasons, saying: “Not taking anything away from Jonathan Rea or Chaz Davies, I’ve raced them a lot and I have tonnes of respect for Jonny and how he has built his circle around him, but when it comes to talent, Garrett has as much talent as anyone, especially in terms of winning races and Championship. If he can get the right people around him then he can be a Champion within a couple of years.”

The American then turned his attention to how competitive the Championship is and commented on whether or not it’s the beginning of the resurgence of Americans in WorldSBK: “The Championship is great, especially with Scott Redding, Jonny Rea and Toprak Razgatlioglu all battling; this is one of the best Championship’s I’ve seen in the last 10-15 years and it’s so exciting. We haven’t seen Americans come over like this for a while. This has to be America’s resurgence. If Cameron Beaubier gets a shot, and I know he wants to come over to WorldSBK right now, we’ll be more competitive in the World Championships. With what we’re looking at right now, this is the American resurgence.

Can Garrett Gerloff continue with this stunning form at Magny-Cours? Find out with the WorldSBK VideoPass!