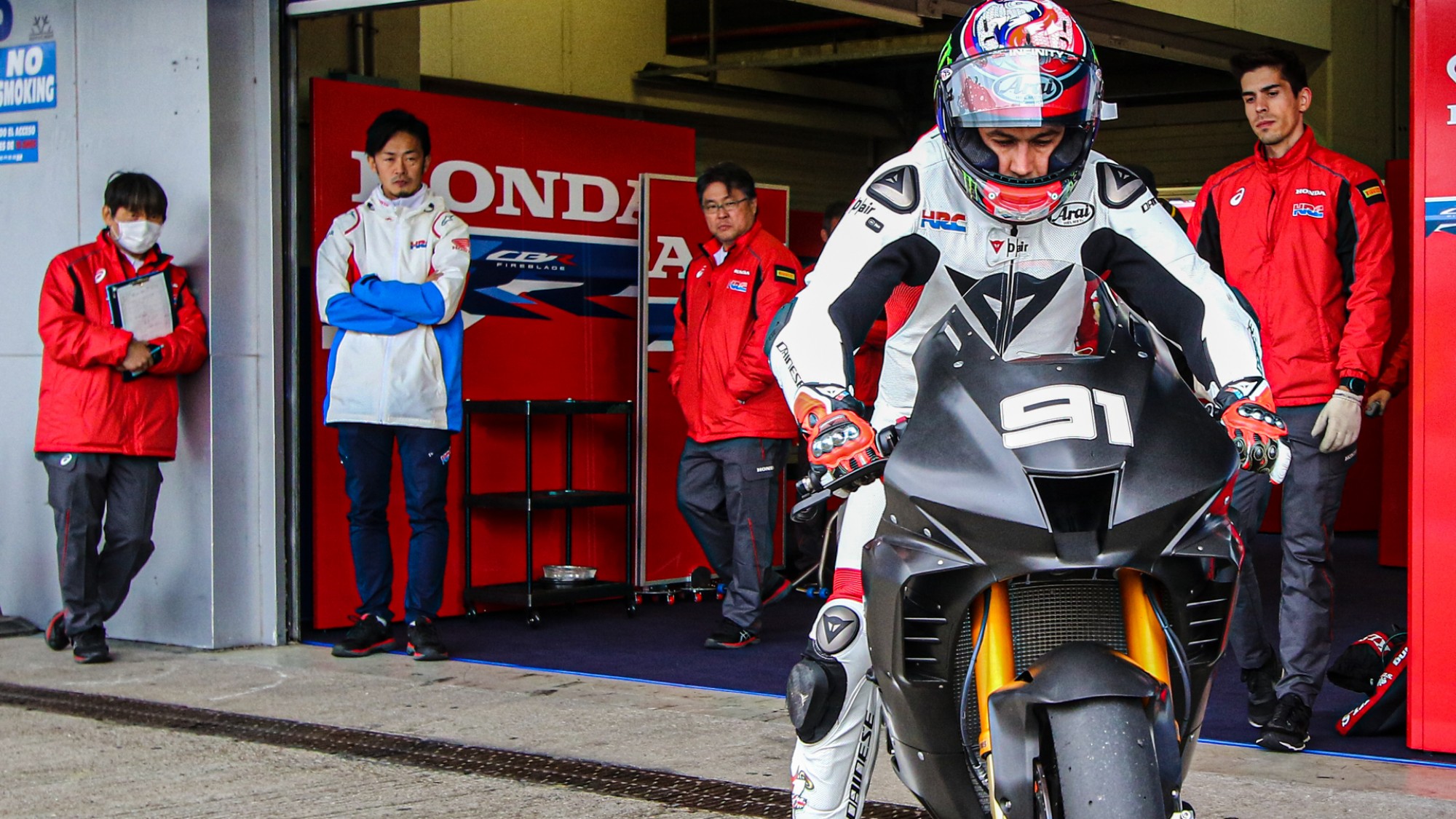 Under the watchful eyes of key figures, Alvaro Bautista and Leon Haslam were looking good as they put the new CBR1000RR-R through its paces in a rainy Spain…

With the Jerez test for WorldSBK now in the past, it is time to reflect on certain aspects and consider what to take to forward into the Portimao test. The most significant occurrence at the test was the inaugural public showing of the highly anticipated CBR1000RR-R and the HRC Team. Leon Haslam put the team on top on day one whilst Alvaro Bautista suffered a small crash at Turn 6, although both riders put the bike inside the top eight on day two.

However, there was plenty to talk about with HRC’s pit lane activity as well as their on-track performance. Despite remaining secretive and keeping the world’s media at bay, we were able to get a glimpse of important names within HRC. Shinichi Kokubu, a Japanese HRC Director and general manager in the technology development division, was present in pit lane, keeping a watchful eye on the new motorcycle. Along with him, former GP winner and Repsol Honda MotoGP Team Manager Alberto Puig. Honda’s debut attracting lots of attention and it is proof that they have not come back to WorldSBK just to make up numbers.

“The first impression was quite good,” began an optimistic Alvaro Bautista. “We have a lot of potential with the bike, but we have to put everything in order. We would have liked to try more things, but it started to rain at the end of the day, so we could not test some new set-ups for the base of the bike. We have another test at Portimao with two more days there and will try and get some more information and data to improve the bike.”

Teammate Leon Haslam was also keen to be back in the Honda team, having last race for the Japanese manufacturer in 2014: “It was nice to put some slicks in the bike, as we got through some of the things we wanted to try but the track never really got fully dry.

“All in all, we did what we needed to do; we got through a few of the items and found some positives towards the end of the day, although we couldn’t put that into a lap time with the flags and rain coming in at the end of the day. So far, so good, and we will move on to Portimao where we will try and get a couple more dry days.”

After impressing at Jerez, attention turns to Portimao in just two days’ time, when the 2020 Honda WorldSBK effort takes to the rollercoaster circuit.

Watch more Honda interviews and enjoy all aspects of the 2020 WorldSBK season build-up with the WorldSBK VideoPass!