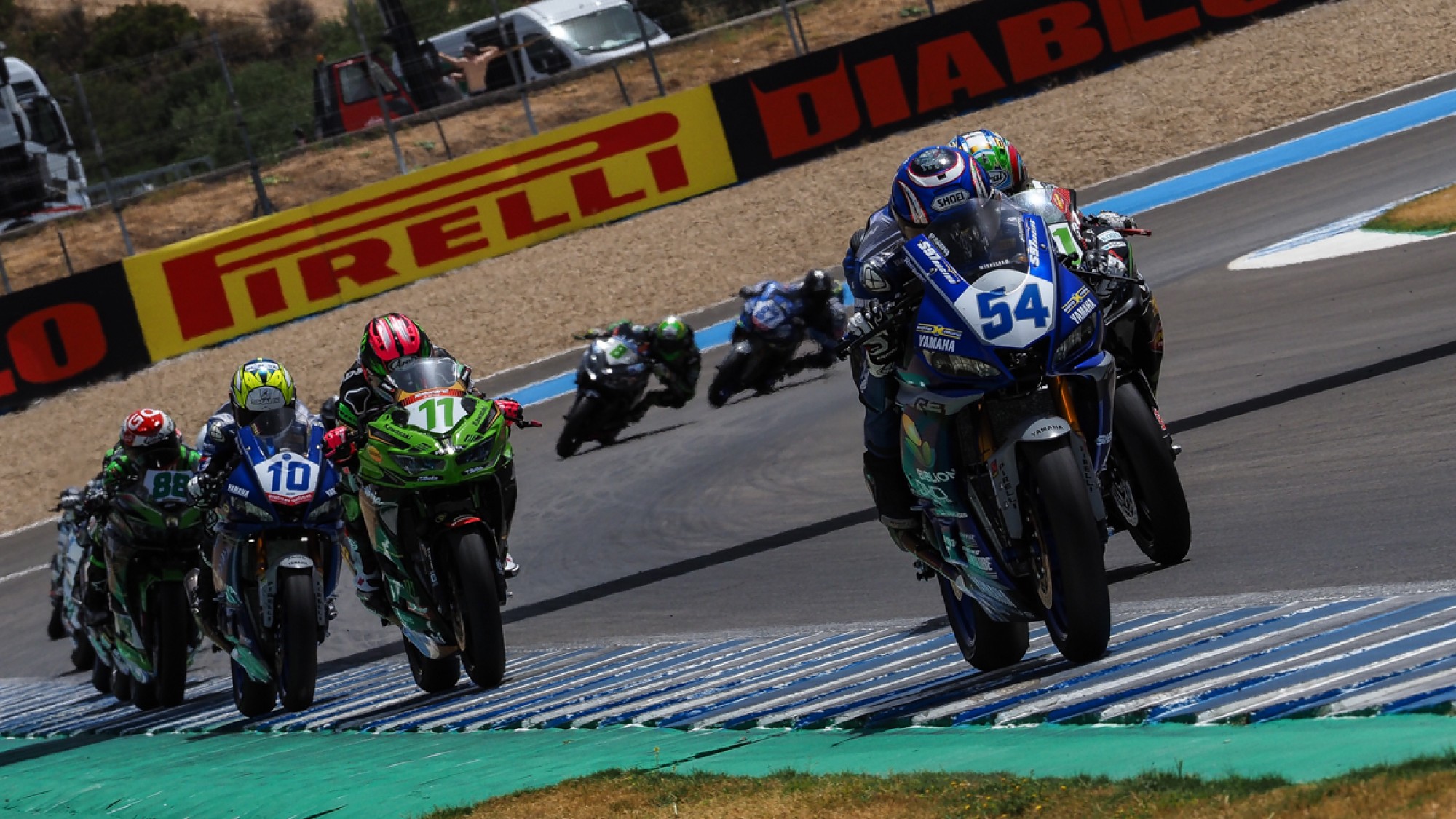 Once again, the class brings new-found talent: Unai Orradre got his first win whilst Bahattin Sofuoglu continued the family tradition of being at the top and gave Turkey a first win in the class

There’s a changing of the guard in the 2020 FIM Supersport 300 World Championship, after Jerez brought with it two new race winners. Unai Orradre (Yamaha MS Racing) took a dominant victory in Race 1 on Saturday whilst Kenan Sofuoglu’s nephew, Bahattin Sofuoglu (Biblion Motoxracing Yamaha WorldSSP300), took a sensational win on Sunday afternoon, after a race-long battle at the front.

Orradre’s victory saw him capitalise on those scuffling and duelling for position behind him, pulling away to ease to a first career win. Orradre was a front-runner again in Race 2 but wasn’t able to fight through like he did in Race 1, leaving it to the other Yamahas of Bahattin Sofuoglu and Hugo De Cancellis (Team TRASIMENO), whilst Tom Booth-Amos (RT Motorsports by SKM – Kawasaki) was in the mix too, along with Scott Deroue (MTM Kawasaki MOTOPORT) and Ana Carrasco (Kawasaki Provec WorldSSP300), but none of the Kawasakis could keep with the Yamahas at the front.

Starting with Unai Orradre, the Spaniard commented on his super Race 1 triumph and hopes that there’s more things like this to come in 2020: “I am very, very happy! This is my first victory of this year and my career. I want to say thank you to my team and thank you to Yamaha and let’s hope that we can maintain this first position.”

After Race 2’s stunning comeback, Bahattin Sofuoglu put the family name back at the top and he was extremely happy: “I feel crazy right now! We have worked a lot for this moment. I really fought for the lead in the race. I pushed a lot in the race and at the end, I felt so happy and I cried a little bit – as normal! I am really happy now and the aim is to stay here!”

However, after three years of Kawasaki domination, Yamaha have started their 2020 season as they mean to go on, taking back-to-back victories and consolidating those victories with other strong showings. 2020 could be the season where Kawasaki’s stranglehold on the Championship ends, but there’s a long way to go until anything is as clear-cut as that. Tom Booth-Amos leads the Championship after achieving two podiums but Sofuoglu and Orradre are just one point behind the rookie Brit.

Make sure you follow all of the action from a hectic WorldSSP300 Championship with the WorldSBK VideoPass!