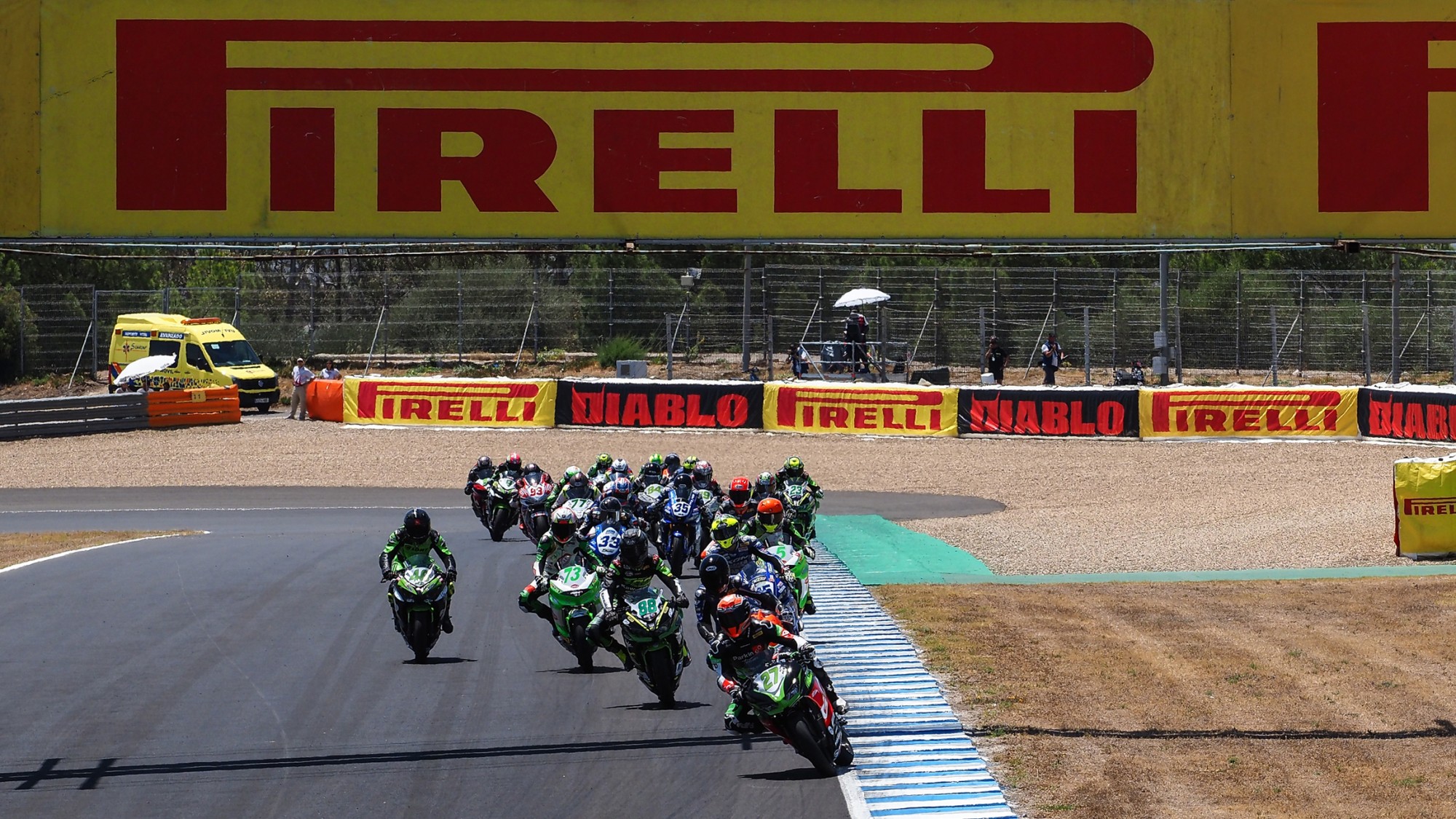 From the closest finishes to rider records, know the numbers ahead of WorldSSP300’s fourth season, starting in the heat of Jerez!

The start of the 2020 FIM Supersport 300 World Championship is just around the corner, with the season ready for commencement at Circuito de Jerez – Angel Nieto. Take a look at some of the numbers from WorldSSP300 including tantalisingly tight finishes, closest Superpole margin and find out which nation is dominating in terms of wins and Championships.

322 – Scott Deroue (MTM Kawasaki MOTOPORT) has picked up 322 points in WorldSSP300, more than any other rider. The three Champions – Ana Carrasco (Kawasaki Provec WorldSSP300), Manuel Gonzalez (Kawasaki ParkinGO Team) and Marc Garcia – are the next three on the list with 269, 220 and 207 points respectively.

13 – Deroue has claimed the most WorldSSP300 podiums with 13. The Dutch rider is the only person in WorldSSP to have more than 10 podiums in the Championship. Gonzalez is second on the list with 9.

5 –Carrasco and Deroue share the record for the highest number of wins in WorldSSP300 with five each. Both are competing in the Championship this year and will look to continue holding that record.

3 – Spanish riders have dominated WorldSSP300 so far by taking all three riders’ titles: Garcia (2017), Carrasco (2018) and Gonzalez (2019). Carrasco is still competing in WorldSSP300 while Gonzalez has moved to FIM Supersport World Championship.

0.020 – The closest Superpole gap in WorldSSP300 history when Gonzalez beat Hendra Pratama at MotorLand Aragon by just 0.020s in 2019.

0.010 – The closest finish in WorldSSP300 is just 0.010s, when Deroue beat Koen Meuffels (MTM Kawasaki MOTORSPORT) at the Losail International Circuit in 2019. The pair were also involved in the sixth closest finish, at Aragon in 2018, when Meuffels beat Deroue by 0.031s. This was the third Dutch 1-2 in the class and the most recent racing action.

You can follow the exciting racing WorldSSP300 with the WorldSBK VideoPass!