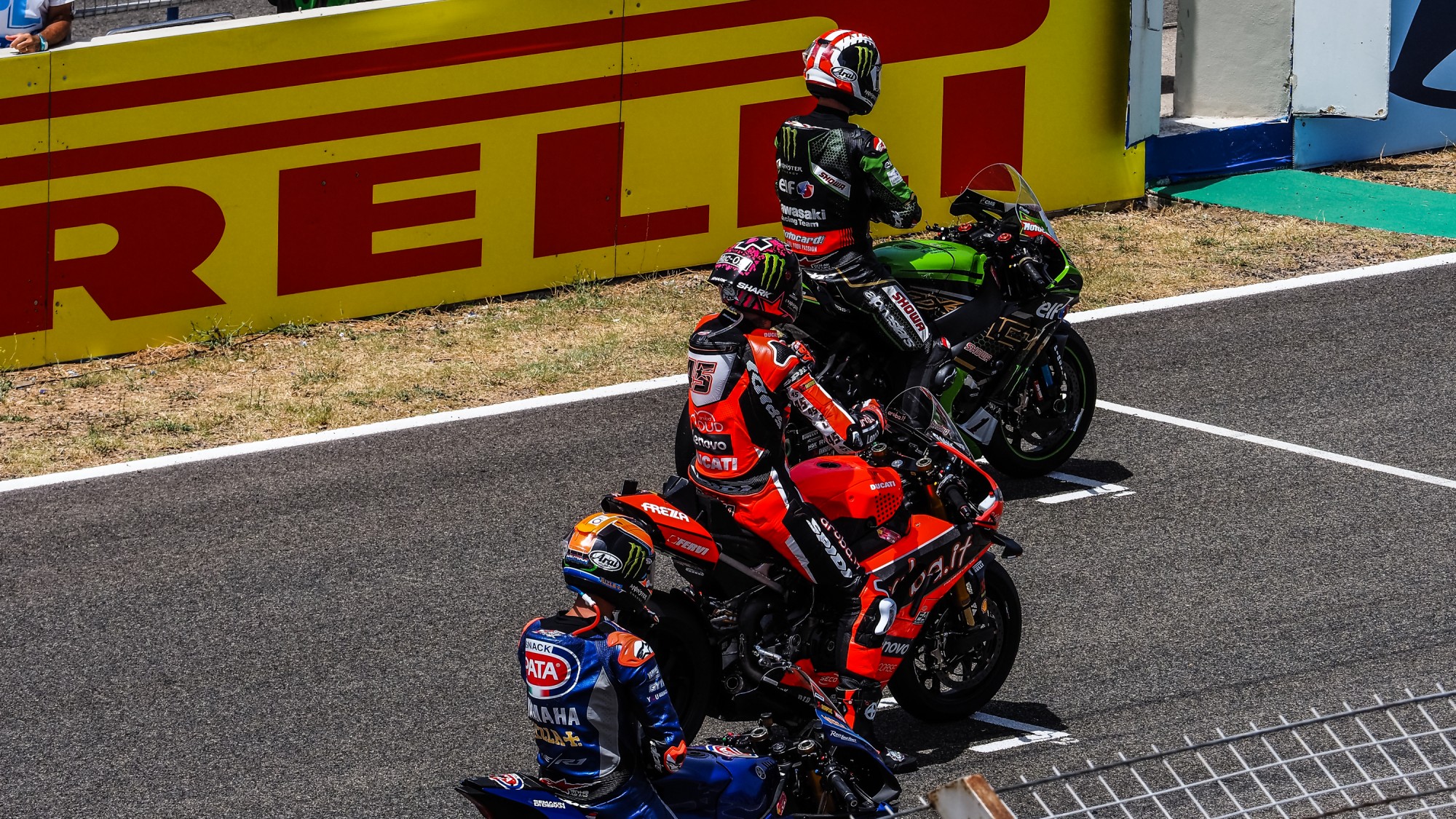 Teammate rivalries, proving yourself and an increasing number of riders moving to the front, the script for 2020 completely out of the window…

A breath-taking Pirelli Spanish Round brought many stories in the 2020 MOTUL FIM Superbike World Championship, with standout performers, shocks and surprises all cascading down the field. Now the dust has settled, it’s time to get the themes after the second round of action in 2020.

Redding proves his powerful worth

Everybody knew Scott Redding (ARUBA.IT Racing – Ducati) would be a class act in 2020 but after three third places in Australia, he was always going to be on the pace sooner or later. A thrilling Race 1 saw him fight back in the closing stages, before a dominant Race 2 saw him win with ease. Now at the top of the Championship tree by a healthy 24 points, the 27-year-old British star has stamped his authority on the Championship with a deafening wake-up call to his rivals.

Despite leading much of Race 1 and winning the Tissot Superpole Race, Jonathan Rea (Kawasaki Racing Team WorldSBK) suffered his worst result since joining KRT in 2015. In fact, the team themselves had a contrasting weekend. Rea was off the pace in Race 2 whilst teammate Alex Lowes was fifth and ahead of him after riding hard in the 10-lap dash from 14th. Beaten by three Ducatis in Race 2 and a Yamaha, it’s been a while since they’ve been challenged to this extent.

The 2020 World Superbike season had all the credentials for one of the toughest seasons ever seen, but did we honestly expect this? From six races, we’ve had four winners, six podium finishers, three different winning manufacturers, three different top Independent riders and 16 top ten finishers; not to mention the fact that all five manufacturers have started inside the top five on the grid and all achieved top six finishes. The game is on in 2020, and this is a flavour to well-and-truly savour.

New names are coming to conquer

Michael Ruben Rinaldi (Team GOELEVEN) was one of the stars of the weekend. The Italian youngster topped FP2, was sixth in Race 1, and climbed the order in Race 2 from 12th to fourth, passing both Jonathan Rea and Alex Lowes in the closing stages. However, Garrett Gerloff (GRT Yamaha WorldSBK Junior Team) also took two consecutive top ten results and the American is finding his feet on the world stage. Both have the potential to fight at the front, especially if they carry on working like this.

Whilst the results weren’t there in the races, Team HRC’s Alvaro Bautista and Leon Haslam chipped away at Jerez. Bautista was a believer during FP1 and FP2, but the heat of Saturday worked against him. For Haslam, he was slightly more subdued than Australia but is still yet to finish outside of the points, which means important race data is being gathered for Honda. The ‘Pocket Rocket’ was quick during the Portimao test in January, so maybe round three could spring a surprise.

Beware of your teammates…

Amidst the unpredictability of a variety of riders challenging is the duel between teammates. Scott Redding won twice but Chaz Davies (ARUBA.IT Racing – Ducati) had a super weekend, returning to the rostrum in Race 2. For KRT, it’s the same as Alex Lowes – who started Race 2 from seventh – pushed through to beat teammate Rea, who started on pole. Both Toprak Razgatlioglu (PATA YAMAHA WorldSBK Official Team) and teammate Michael van der Mark suffered technical issues at Jerez, but both took podiums and battled hard. On paper, there may be clearer distinctions but, on the track, those six aforementioned names are nearly level with the other side of the garage… so far.

Want more action? Don’t miss any of the World Superbike intensity with the WorldSBK VideoPass!