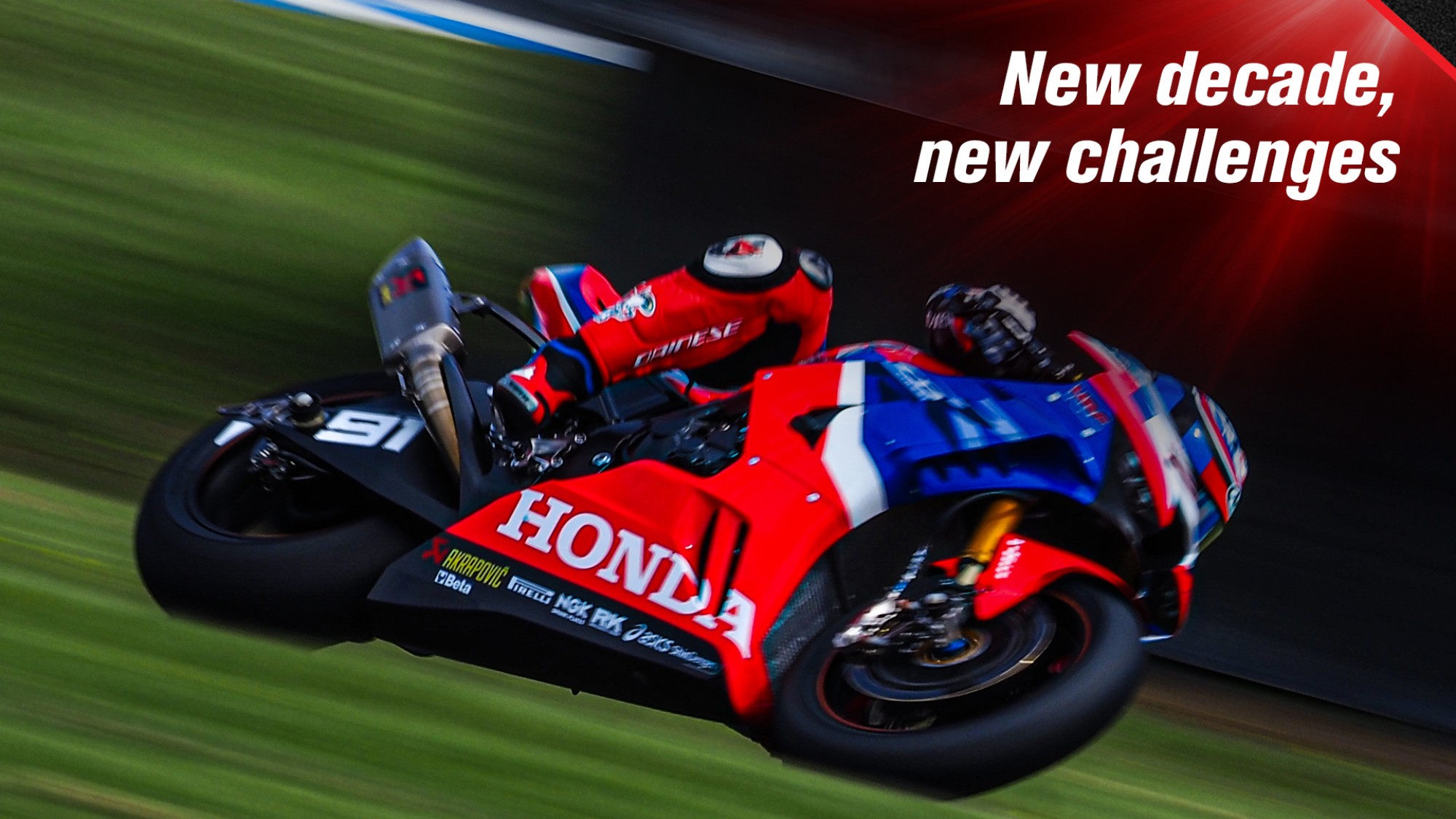 Plenty of teams across the classes are new to the WorldSBK fraternity and even in the premier class, one factory team is getting very serious…

With new rider line-ups for the season ahead, as well as a WorldSBK calendar shake-up, the 2020 MOTUL FIM Superbike World Championship is raring to go with yet more new faces and new outfits. On the 2020 grid, there are three new teams ready to fight for victory and are keen to make a good first impression. New motorcycles, new teams, returning riders and more manufacturer presence, 2020 is shaping up to be an absolute classic of underdog stories, coupled with comeback heroics.

Starting with the most notable return to the paddock, Team HRC are back and in business ahead of the 2020 season. The new decade welcomes the legendary Japanese manufacturer back to the paddock for the first time since 2002, when they won the title with Colin Edwards. Whilst James Toseland and Dutch team Ten Kate Racing brought Honda the title in 2007, it wasn’t as a full factory effort and with all manufacturers raising their game, Honda have needed to as well.

Alvaro Bautista is the headline name at Team HRC in 2020 but it is Leon Haslam who has enjoyed the lion’s share of positivity during pre-season testing. Both riders are dialing in their initial feelings and the Spanish-run squad will look to be at the sharp end of things fairly swiftly, whilst the hard work from the factory will look to be paying off in no time. Honda want their first win in four seasons with the new CBR1000RR-R, in order to send a message reverberating around the WorldSBK paddock.

From Honda’s history to Ducati’s discovery, the Panigale V4 R will be a prominent force on the grid with two more teams electing to use Ducati machinery. Starting with the Motocorsa Ducati team, they will be racing with Leandro Mercado in 2020. The Italian team have been a force in the CIV Superbike class and have also taken part in wildcard appearance in World Superbike, most notably with Lorenzo Zanetti at Misano last season, when he achieved three top ten finishes.

Brixx Performance Ducati made sporadic appearances throughout the second half of last season with Sylvain Barrier, with the Frenchman scoring points at Magny-Cours. Barrier comes back to WorldSBK competition after two seasons over in the UK, of which the latter was spent with the Brixx squad. The former double STK1000 class Champion will be hoping to refine the Ducati for the first European round at Jerez, whilst also hoping that his experience with the V4 R pays off long-term.

In WorldSSP, Ten Kate return with Steven Odendaal (EAB Ten Kate Racing), aiming to cement their standing as the most successful WorldSSP team ever. The WRP Wepol Racing team, managed by James Toseland, features Danny Webb, whilst Swede Christoffer Bergman returns with the Wójcik Racing Team. The Turkish Racing Team field Can Öncü and the bLU cRU WorldSSP Team by MS step up, featuring Indonesia’s Galang Hendra Pratama and France’s Andy Verdoia. Manuel Gonzalez graduates as 2019 WorldSSP300 Champion with the Kawasaki ParkinGO Team, whilst Jaimie van Sikkelerus is with the MPM Routz Racing Team, which will see him supported by Ten Kate Racing.

Within the World Supersport paddock is the FIM Europe Supersport Cup. There’s plenty of new teams within the class, as Benro Racing get ready to field reigning Australian Supersport Champion Tom Toparis readies for his first full season. Alejandro Ruiz Carranza joins the grid for the EMPERADOR Racing Team, coming from top ten success in Spanish Supersport. There’s plenty of colour and movement with Axel Bassani, as the Italian returns for the Soradis Motoxracing Yamaha.

Watch the fascinating WorldSBK, WorldSSP and WorldSSP300 seasons unfold with the WorldSBK VideoPass!