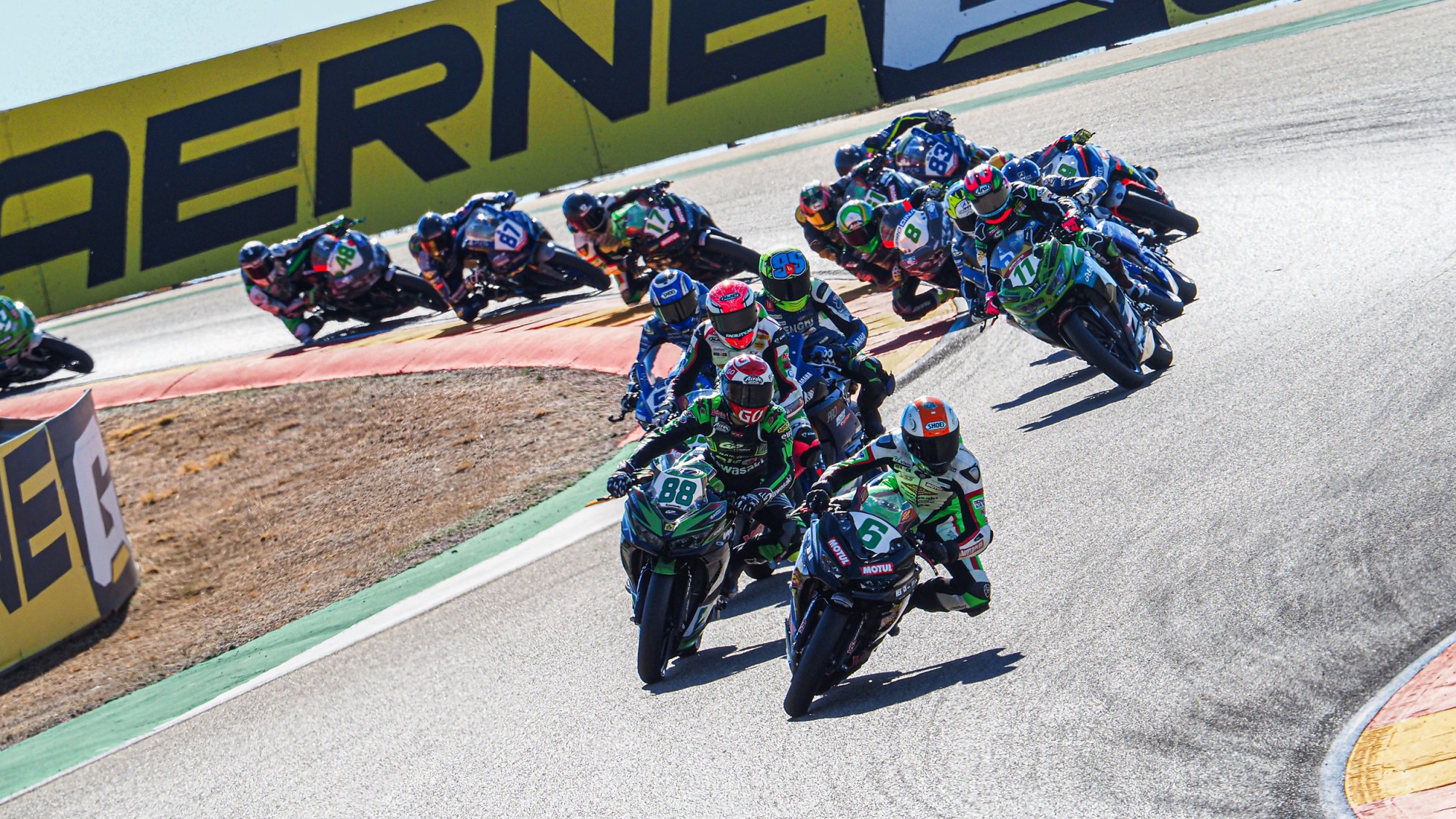 The FIM Supersport 300 World Championship ventures to a new circuit with the Championship heading to the Circuit de Barcelona-Catalunya for the Acerbis Catalunya Round. A new circuit provides new challenges for riders up and down the grid and the battle for WorldSSP300 glory could take more twists and turns.

Jeffrey Buis (MTM Kawasaki MOTOPORT) heads into the inaugural Catalunya Round as the form rider having taken three wins in the last four races; with second place being the Dutchman’s lowest result in the four races. Having collected 95 points from a possible 100 during the two rounds at MotorLand Aragon, Buis heads the Championship by 12 points. On a track the 18-year-old has not yet raced at, will Buis be able to keep up his current form and retain his Championship lead?

Buis’ MTM Kawasaki MOTOPORT teammate, Scott Deroue, lies second in the Championship with the duo the only two riders to have scored more than 100 points so far in 2020. Deroue has secured five podiums so far in 2020, with one victory, with the Dutchman showing incredible consistency so far this season; Deroue’s lowest finish when he has finished the race has been fourth and he’s scored in seven of the eight races so far.

Behind Deroue and Buis lie three riders separated by just one point with Bahattin Sofuoglu (Biblion Motoxracing Yamaha WorldSSP300) sitting in third place on 98 points. The Turkish rider claimed victory in Race 1 for the Pirelli Teruel Round at MotorLand Aragon as well as a third-place finish in Race 2; the Turkish rider seemingly back on form after two retirements at the Prosecco DOC Aragon Round.

Unai Orradre (Yamaha MS Racing) is level on points with Sofuoglu heading into the Catalunya Round with the Spanish rider having already stepped onto the top step of the podium in 2020. Orradre has been securing consistently in 2020, with only one non-score and seven top-seven finishes to his name. However, Orradre has not been able to stand on the podium since Race 2 at Portimao. Will he be able to return to the rostrum throughout two races in Montmelo?

2018 Champion Ana Carrasco (Kawasaki Provec WorldSSP300) is just one point behind Sofuoglu and Orradre in the Championship in fifth place but suffered a crash while testing recently; the Spanish rider receiving treatment for two fractured vertebrae. Thomas Brianti (Prodina Ircos Team WorldSSP300) completes the top six in the Championship as he sits on 80 points, 17 behind Carrasco in fifth. The Italian rider will be looking to continue his run of top ten finishes going having not finished lower than tenth in all eight races across 2020. Brianti will be looking to go one step further than his best result of second and claim his maiden WorldSSP300 victory and close the gap to those ahead of him in the Championship.

You can follow all the action from the Acerbis Catalunya Round with the WorldSBK VideoPass!