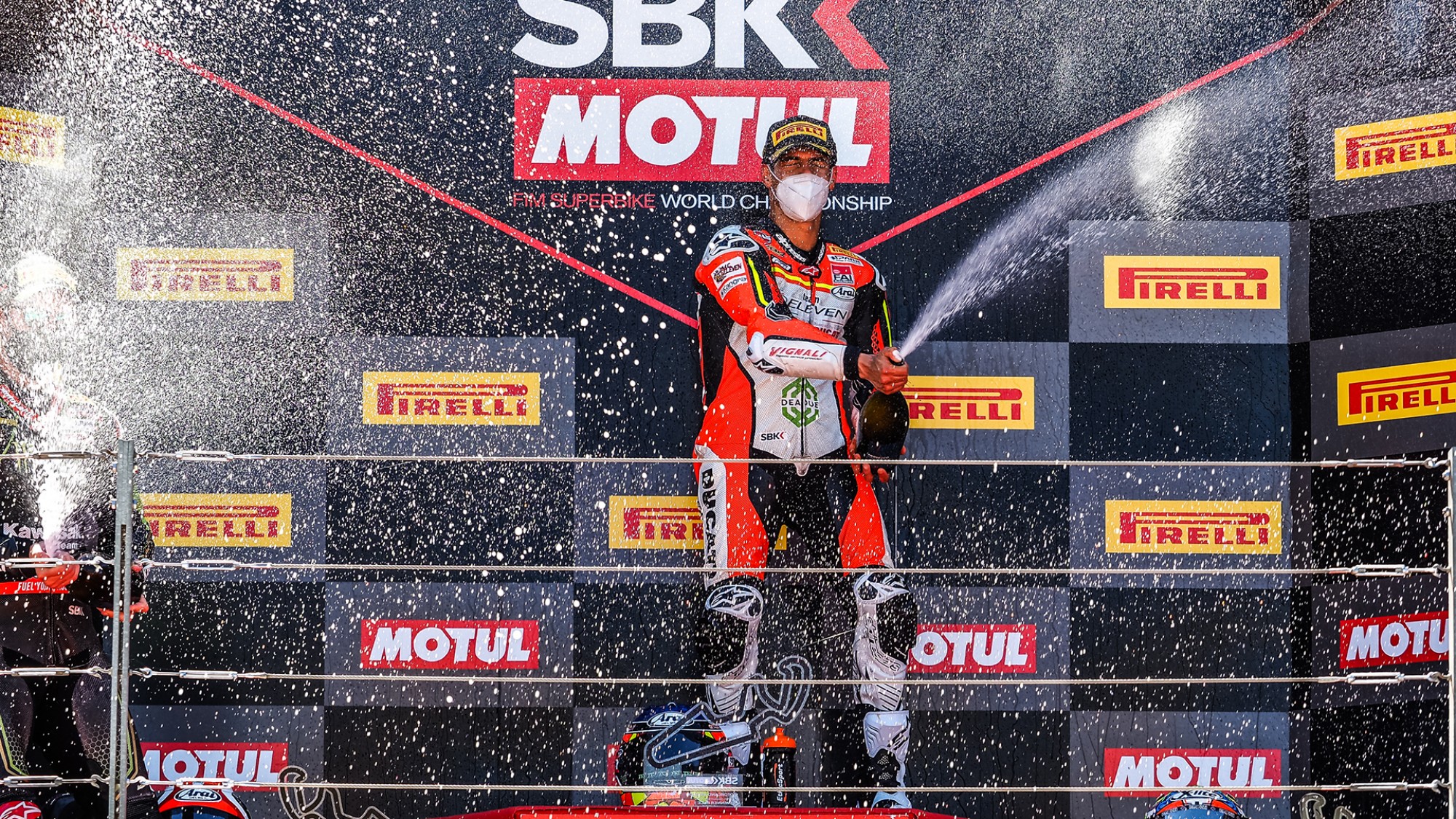 After showing strong pace in MOTUL FIM Superbike World Championship since the season restarted in July, Michael Ruben Rinaldi (Team GOELEVEN) finally got just reward for his form with a front row start for Race 1 after he qualified second in the Tissot Superpole session. The Italian used his strong starting position to get a good start to hold position before making an ambitious move on reigning Champion Jonathan Rea (Kawasaki Racing Team WorldSBK) to take the lead on the opening lap before going on to dominate the race to claim his maiden victory. The success did not stop there for Rinaldi as he secured two more podiums on Sunday, with a third place in Tissot Superpole Race and second in Race 2.