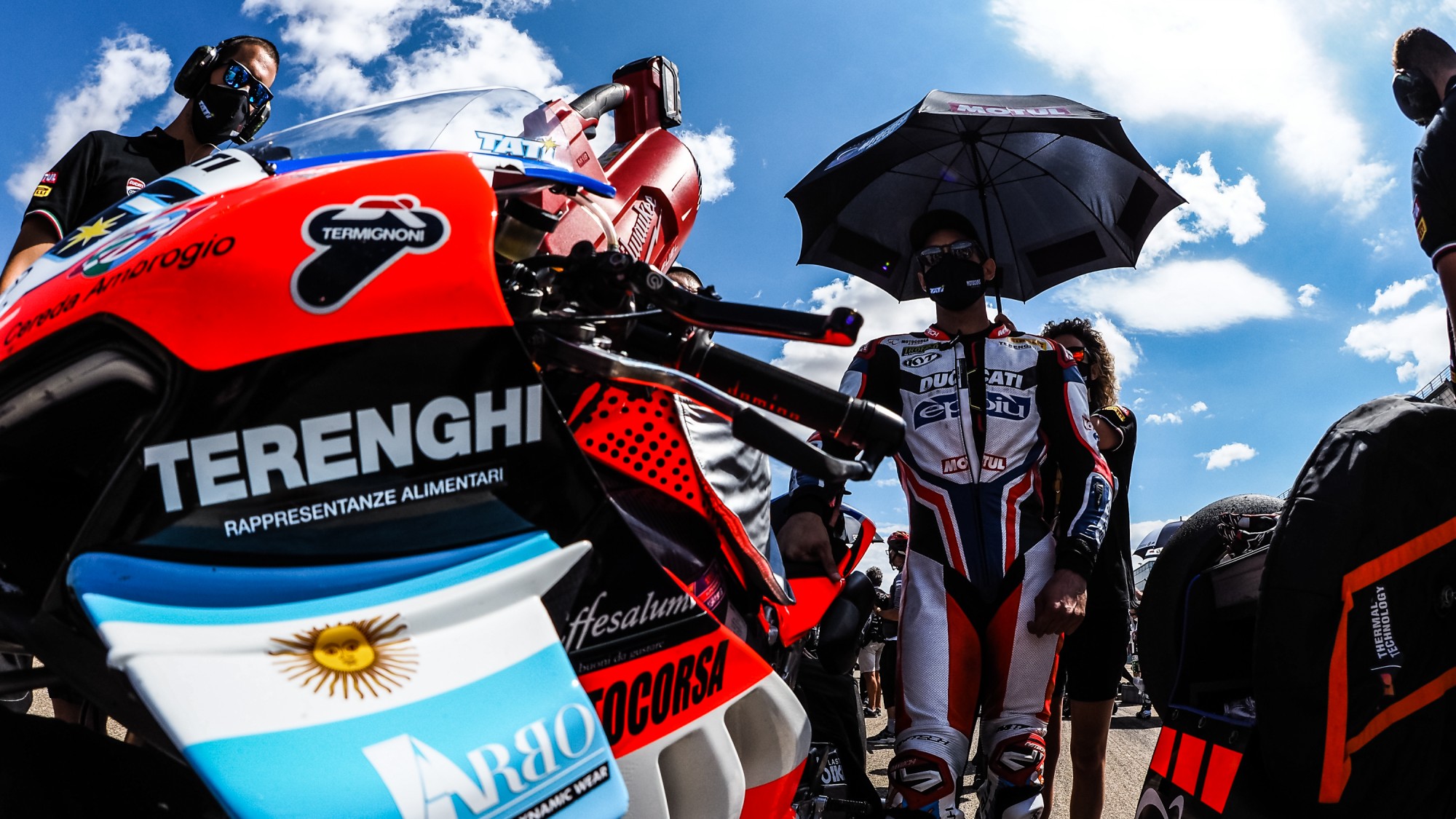 The Argentinean rider collided with Tom Sykes on the opening lap of the race, resulting in him being ruled out for the rest of the Prosecco DOC Aragon Round

The Tissot Superpole Race at the MotorLand Aragon circuit saw a dramatic start and unfortunately, Leandro Mercado (Motocorsa Racing) has been declared unfit for the remainder of the event due to a left ankle sprain and a suspected cervical strain. The Argentinean rider was taken out on the first lap by Tom Sykes (BMW Motorrad WorldSBK Team), who himself was pushed wide at Turn 8. Sykes rejoined the track but collected Leandro Mercado. It’s the second consecutive season that Mercado has been taken out and injured at Aragon, after Italian rider Alessandro Delbianco did it last year. Tom Sykes is under investigation for the incident by the FIM WorldSBK Stewards.

We all wish Leandro Mercado a speedy recovery and a return to action soon.

Watch Race 2 and the remainder of the round in style with the WorldSBK VideoPass!