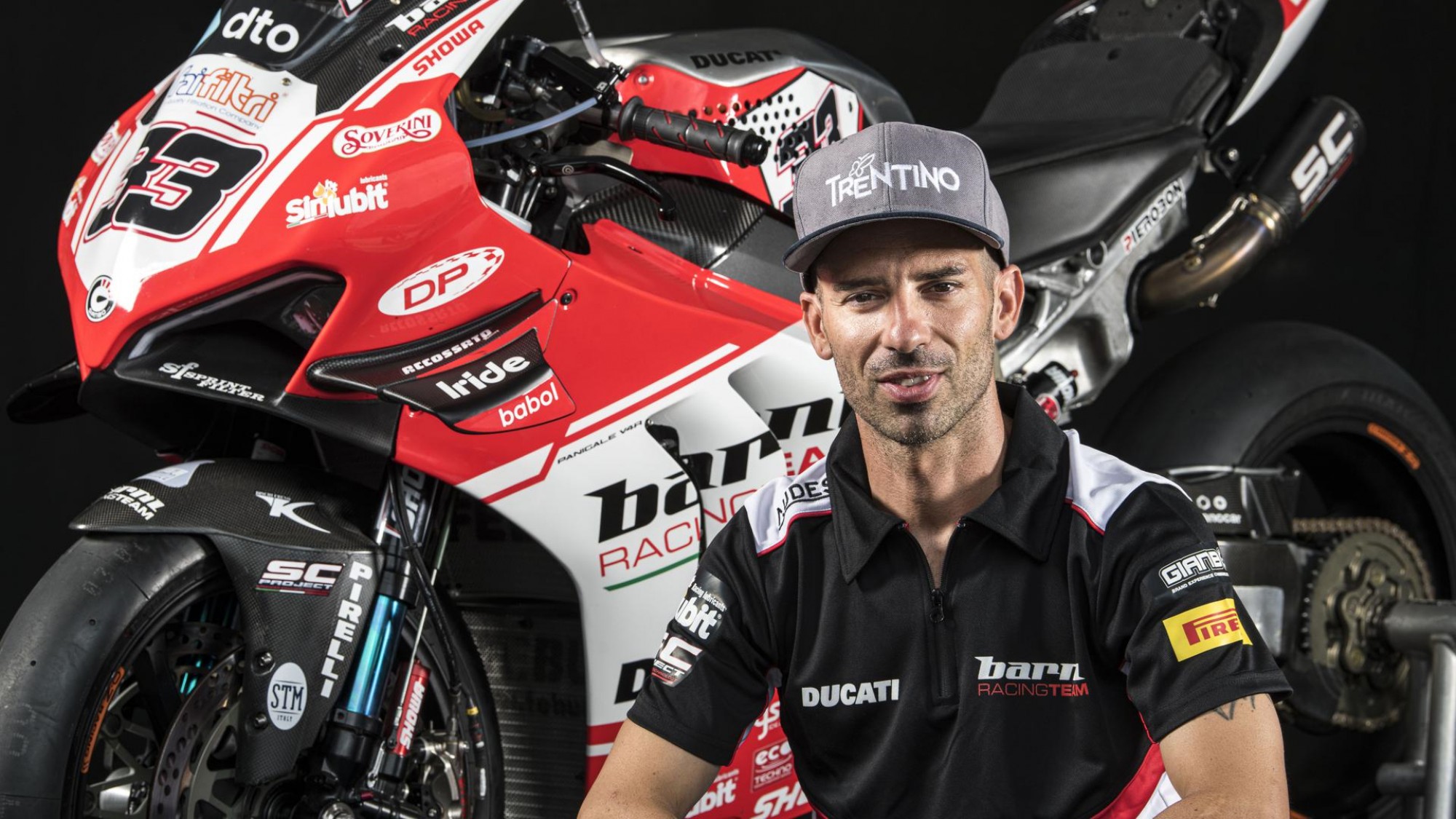 The veteran Italian is ready to cause a “big surprise” as he readies for a return to racing!

2011 WorldSBK runner-up and 2002 250cc World Champion Marco Melandri will return to action in 2020, replacing the injured Leon Camier at the Barni Racing Team for the remainder of the season. The 37-year-old Italian will be aboard the Ducati Panigale V4 R as he goes in search of picking up strong results for the team that have yet to participate in a race this season.

Melandri’s career has taken him right through the ranks of MotoGP™ and its smaller classes but since joining WorldSBK in 2011, he’s been one of the stars who’s constantly fought for the title. Joining the factory Yamaha team in his first year, he took a win at just his second round before taking three more. In 2012, he moved to the factory BMW squad where he gave the German manufacturer a memorable first win at the circuit, he got his first WorldSBK win one year before – Donington Park. Five more wins came that year and he remained with BMW in 2013, fighting for the title again, picking up three wins. As BMW pulled out, he switched to the factory Aprilia team for 2014 with six wins achieved and finishing a solid fourth, one point outside a top three placing.

After two years away, Melandri was back in 2017 with the ARUBA.IT Racing – Ducati team, where he took a first win at home at Misano. He continued with the team for a second season and came out the blocks fighting in Australia and the season-opening event at Phillip Island. A double win – including a dramatic last lap battle with Kawasaki’s Jonathan Rea in Race 2 – saw him lead the standings, although he didn’t return to the top step. 2019 saw him back at Yamaha and with a podium in his first race, before two more came at Jerez later in the year.

Speaking about the shock comeback, Melandri said: “The situation was quite surreal, in normal conditions I never thought I'd come back, then it seemed like fate chose me. This long and quiet period has regenerated me and made me slip away all the negative things I was focusing on before. Then one by one, almost incredible situations lined up: not having had the chance to ride the Ducati Panigale V4 R was a regret and now the opportunity is there, on the Barni Racing Team’s bike there are Showa suspensions and since MotoGP period I always have felt great with those products.

“It's going to be a Championship with only six rounds, all in Europe on tracks that I like, so it's going to be a limited and time-focused effort. If there was anyone who could convince me to come back it was Marco Barnabo. I think the Barni Racing Team is the right team for me, a “small family” where there is a desire to grow but also to have fun working with passion. I’m aware that I will have a winning bike and the best components, because of that I would also like to thank Claudio Domenicali, Paolo Ciabatti, Gigi Dall'Igna and the whole Ducati team for this opportunity.

Having been three-time runners-up in the FIM European Superstock 1000 Cup before winning it with Leandro Mercado in 2014, the BARNI Racing Team graduated to WorldSBK with Mercado in 2015, with a best result of sixth, before Xavi Fores joined them in 2016, bringing them the first of six podiums and leading a handful of races, on his way to seventh overall in 2017 and 2018. 2019 saw young Italian Michael Ruben Rinaldi aboard the all-new V4 R, securing a best finish of fourth and achieving his career best Superpole position too. Now with Marco Melandri energised and ready to bring Barni back to the head of the field, 2020 now welcomes renewed prosperity for the team.

Team principal Marco Barnabo is elated to have Melandri with his team for the rest of the year, saying: “After all that happened, we needed an experienced rider who already knew the tracks, the tyres and the Championship. Marco showed great enthusiasm and a great desire to get back in the game, this approach persuaded us that he’s the right choice. His value is not debated and, tests aside, he only did one race less than the others. It is as if he never stopped. We believe that in a strange scenario like that, he can be an added value and Ducati also supported us in this choice.