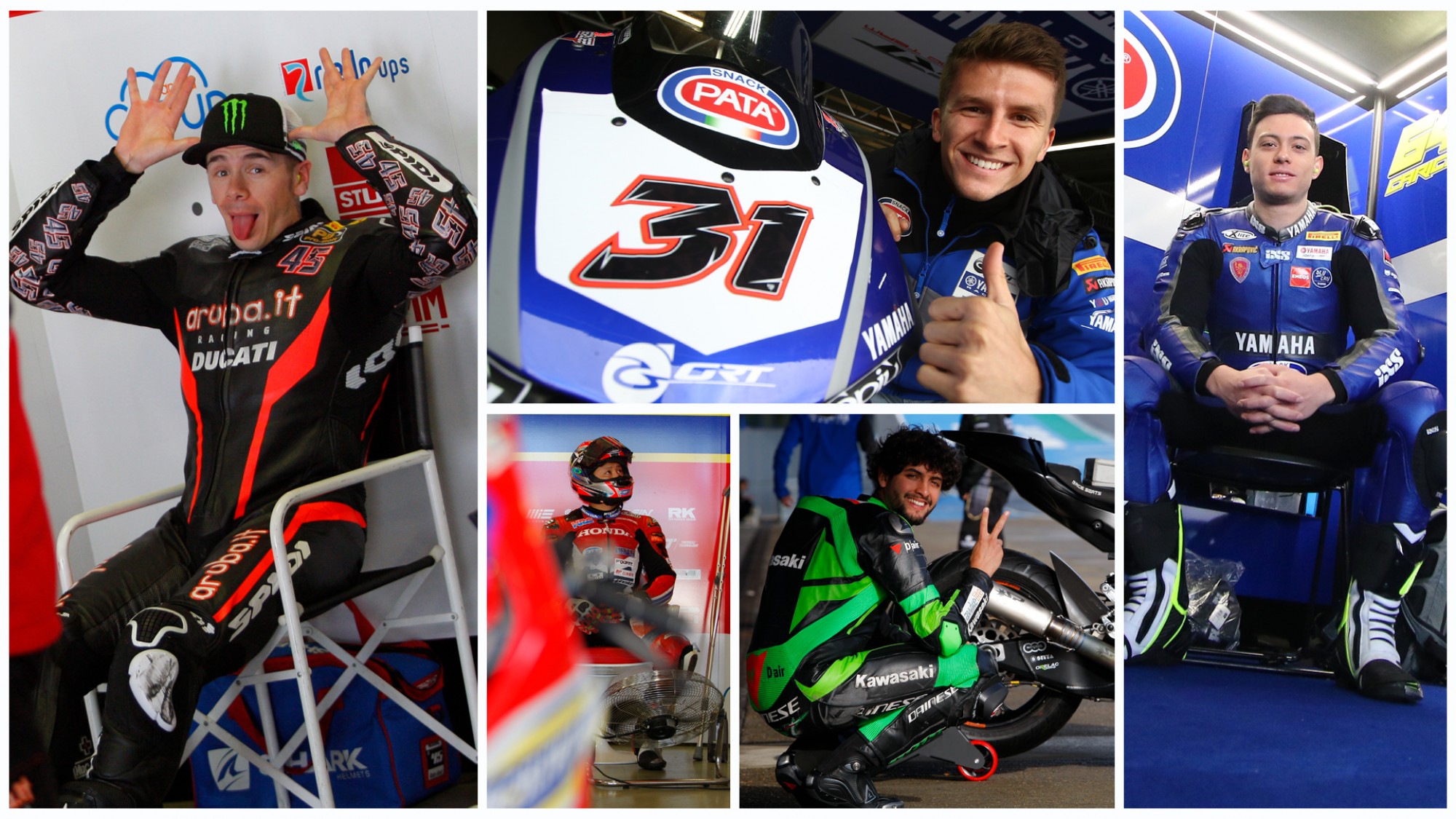 Five rookies, all with one ambition – don’t discount any of them, as they can all spring surprises, with one in particular aiming for the ultimate goal to become Champion!

There are plenty of fresh faces in the 2020 MOTUL FIM Superbike World Championship, with some five rookies ready to bring a fierce force onto the grid right from the start. Scott Redding (ARUBA.IT Racing – Ducati) is the headline addition to the WorldSBK grid but there’s more than just the charismatic British rider that will make their debuts in 2020. It is time to meet the WorldSBK rookies for the new season.

Scott Redding has an enormous amount of experience for such a young age. Still only 27-years-old, he grew up racing in Spain and was the 2007 CEV 125cc runner-up. A year later, and he became the then-youngest ever winner of a Grand Prix, taking victory at home at Donington Park – joined on the podium for the first time by Marc Marquez. Redding would then go onto Moto2™ two years later, before finishing runner-up in the class in 2013. Moving to MotoGP™ for 2014, a podium in the wet weather of Misano in 2015 would bring Redding to the fore of the Championship. Now coming back to the world stage after capturing the BSB title, Redding will look to signal that he is back at the top of the standings.

Garrett Gerloff (GRT Yamaha WorldSBK Junior Team) arrives in WorldSBK as a MotoAmerica Superbike race winner and a double MotoAmerica Supersport Champion. He has been impressive in testing and was running strongly inside the top three during the wet weather testing at Circuit de Jerez – Angel Nieto. Gerloff has set his own goals to be ‘better than he was yesterday’ and will be eager to incrementally work his way up the order as the season unfolds.

Alongside Gerloff at the GRT Yamaha WorldSBK Junior Team is reigning WorldSSP runner-up, Federico Caricasulo. The Italian narrowly missed out on what would’ve been Italy’s first World Supersport Championship. The diminutive 23-year-old is one of the youngest riders on the grid but his experience in WorldSSP sets him up well. One of the rare advantages he has as a rookie is that he already knows the circuits and the team, having raced with them in World Supersport in 2018. Knowing the team, the track and the paddock, Caricasulo’s focus will be adapting to the bike.

At the Mie Althea Racing Team, Takumi Takahashi graduates to the World Superbike class full time in 2020, having had numerous replacement rides over the last few years. The 2017 Japanese Superbike Champion brings with him plenty of Honda experience and has been a Suzuka 8 Hour winner twice, in 2010 and 2014 and both times for Honda. Knowing some of the circuits and having had plenty of experience with Honda, Takahashi could be a dark horse for some strong showings in 2020.

For the first time in World Superbike history, a Chilean rider will line-up on the grid full-time. Maximilian Scheib (ORELAC Racing VerdNatura) is a former STK1000 race winner and has been in WorldSBK before, when he rode for MV Agusta in Argentina, 2018. Scheib is youthful and has plenty of exuberance ahead of the new season and wants to be fighting for the top ten. Having shone brightly in testing by hovering around the top ten, Scheib’s aim is to make progress for the remainder of the season.

Follow the 2020 World Superbike season and get all of the action from every single race in WorldSBK with the WorldSBK VideoPass!