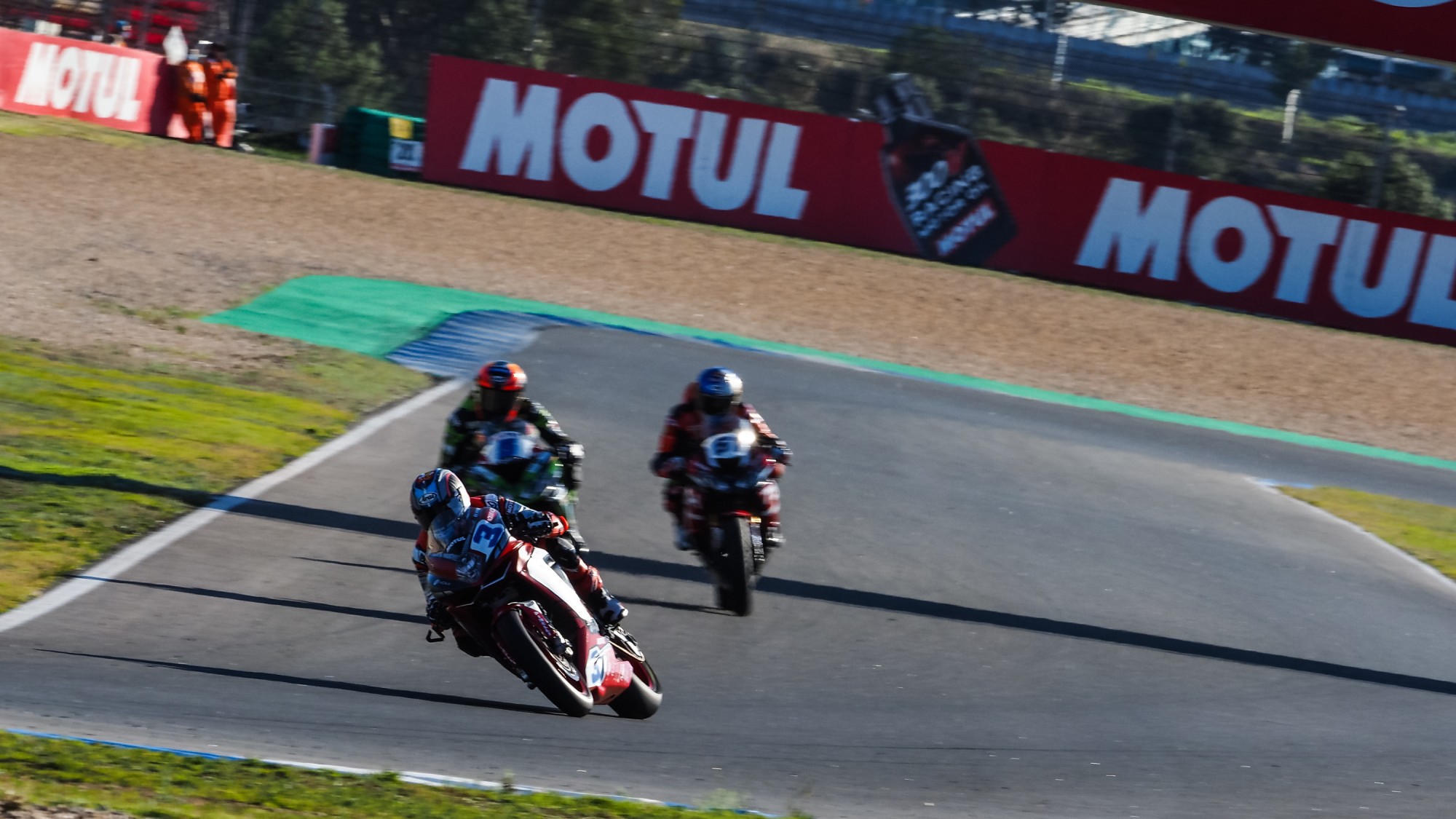 The FIM Supersport World Championship arrived at the Circuito Estoril for the season finale with two practice sessions throughout Friday with Italian rider Raffaele de Rosa (MV Agusta Reparto Corse) topping the times in the combined classification by almost two tenths as the Pirelli Estoril Round got underway.

De Rosa had been strong in the morning Free Practice 1 session with third place and built on that throughout the second session as he became one of only two riders to lap the circuit in under 1’41. The Italian’s time of 1’40.745s was enough to beat Estonian rider Hannes Soomer (Kallio Racing) by half a tenth as WorldSBK-bound Lucas Mahias (Kawasaki Puccetti Racing) finished the day in third place; with three manufacturers completing the top three as MV Agusta led Yamaha and Kawasaki.

Spanish rider Isaac Viñales (Kallio Racing) completed a strong day for the Kallio Racing outfit in fourth place, despite a crash in this morning’s session, as both Viñales and Soomer finished inside the top four, with South African Steven Odendaal (EAB Ten Kate Racing) in fifth place and Jules Cluzel (GMT94 Yamaha) in sixth; Cluzel returning to action for the first time since being injured earlier in the season in a crash at MotorLand Aragon.

Peter Sebestyen (OXXO Yamaha Team Toth) found himself well inside the top ten after a strong showing from the Hungarian rider put him seventh overall, ahead of 2020 WorldSSP Champion and 2021 factory Yamaha rider Andrea Locatelli (BARDAHL Evan Bros. WorldSSP Team) in eighth with Philipp Oettl (Kawasaki Puccetti Racing) in ninth; the German rider just one of two who were unable to improve their time in the second practice session.

Czech wildcard Karel Hanika (WRP Wepol Racing) finished the day in 10th place with Corentin Perolari (GMT94 Yamaha) in 11th; Perolari crashing at Turn 7 during the second Free Practice session. Manuel Gonzalez (Kawasaki ParkinGO Team) was in 12th place ahead of lead WorldSSP Challenge rider Kevin Manfredi (Altogoo Racing Team); Manfredi can win the WorldSSP Challenge title this weekend. Can Öncü (Turkish Racing Team) was 14th fastest overall after not improving his time during Free Practice 2 while Danny Webb (WRP Wepol Racing) completed the top 15 after suffering a crash of his own during the second session.

You can follow more WorldSBK action with the WorldSBK VideoPass!