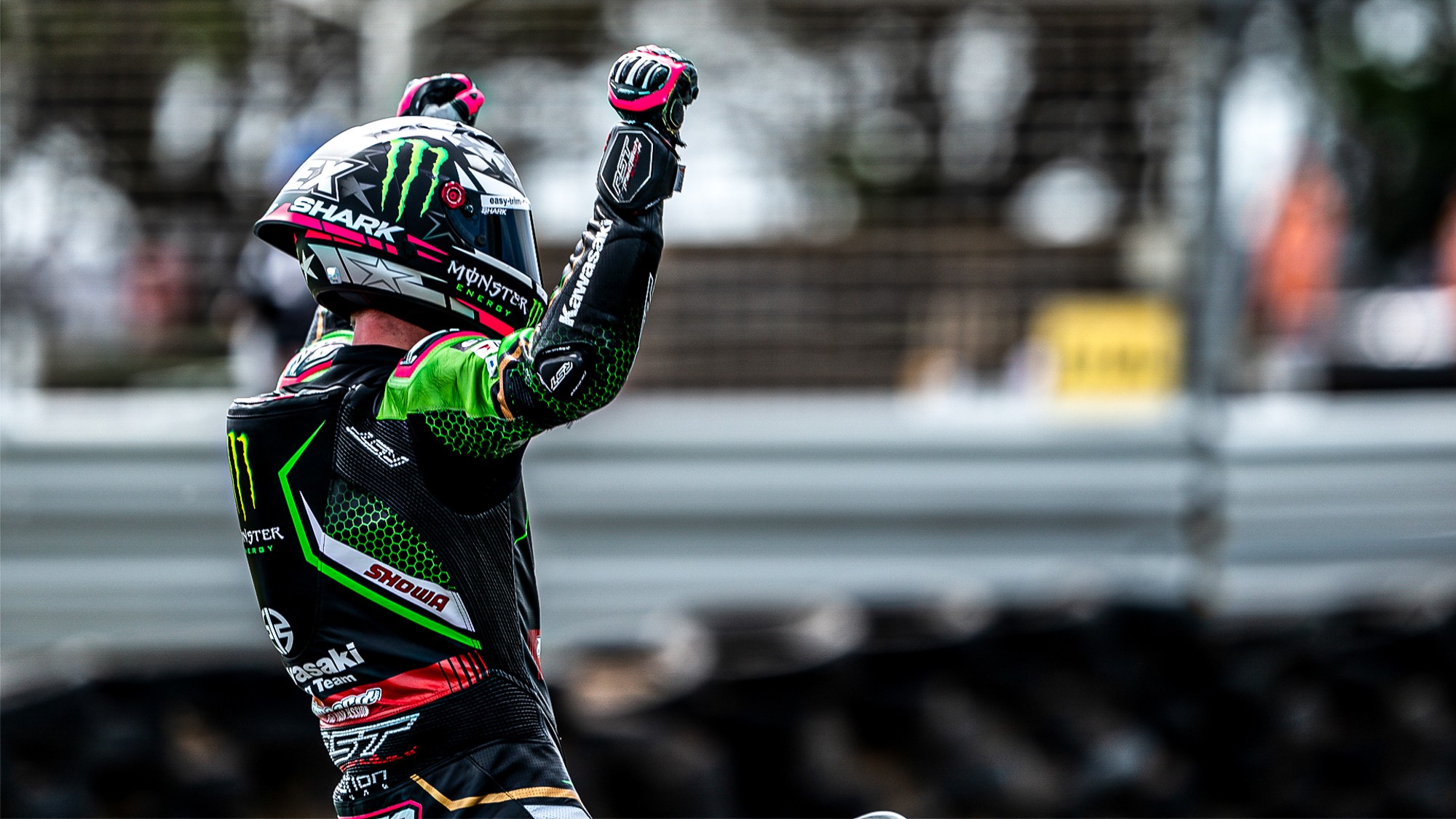 Phillip Island race winner Alex Lowes (Kawasaki Racing Team WorldSBK) will continue with the team for the 2021 MOTUL FIM Superbike World Championship. Lowes made the perfect start to his Kawasaki career at Phillip Island this year, taking two podiums – including a stunning win. One of the first big names to lock themselves in for 2021, Lowes’ future is the most settled on the grid thus far.

The Lincolnshire rider joined the WorldSBK field in 2011 as a replacement rider for Castrol Honda before switching to the Championship full-time in 2014 with Crescent Racing and the Voltcom Suzuki team. A first podium after just six races in his debut year and a consistent 2015 saw him cement a top ten overall in the Championship; he and the team switched to Yamaha machinery for 2016, but it would be 2017 that’d be his breakthrough year. A top five come the end of the year set him up well for 2018, which would welcome his first win at Brno.

In his final year within Paul Denning’s team, Lowes managed a third overall in the Championship before joining Kawasaki for the 2020 season, proving to be an instant hit. An astonishing second place finish in Race 1 preceded a Race 2 victory, enough to impress KRT further to lock him in for 2021.

29-year-old Lowes said: “It is great to be with Kawasaki for 2021. I can continue adapting to the team and adapting myself to the ZX-10RR. Ever since I joined the team, I’ve really felt like it was an opportunity to for me to make another step forward with my riding. Being teammates with Jonny, I feel I can learn so much from him and the atmosphere in the team is great. The current situation in the world is not ideal for anyone but Kawasaki really makes me feel positive and focused on the future.

“It has been fantastic to get something sorted for 2021 before going into the rest of the races this year. My personal target is to keep working hard every day, keep improving myself and also as a team to continue enjoying it. That is why we go racing; this little bit of ‘down-time’ has made us all appreciate how amazing our job is. Our fire was already burning hot, but this recent period has certainly brought up the level of appreciation about what we do. I cannot wait to get back up there with Team 22 this season, working with Marcel and the guys, and looking forward to even bigger things as we go into next year.”

Guim Roda, Team Manager for the Kawasaki Racing Team WorldSBK, said: “The job Alex has done until now, his motivation for the KRT project and the serious way he trains himself to be the fittest rider he can be have been such strong arguments to renew with him. It also gives him the time and reassurance to show his full potential on the ZX-10RR. He has the speed to ride the bike on the limit and to perform at the level we expect. We found him a good combination with Jonny in terms of mutual respect, and the competition between the riders will help lift up the team to the maximum. We have evaluated his riding style since he joined with us for 2020 and we believe he can ride the bike fast and consistently. We expect to restart this current season again - to make sure the show comes back for all. Fixing an agreement with Alex for 2021 so early in the season will give him a calmness to fully concentrate on his racing and make the best results possible this year.”