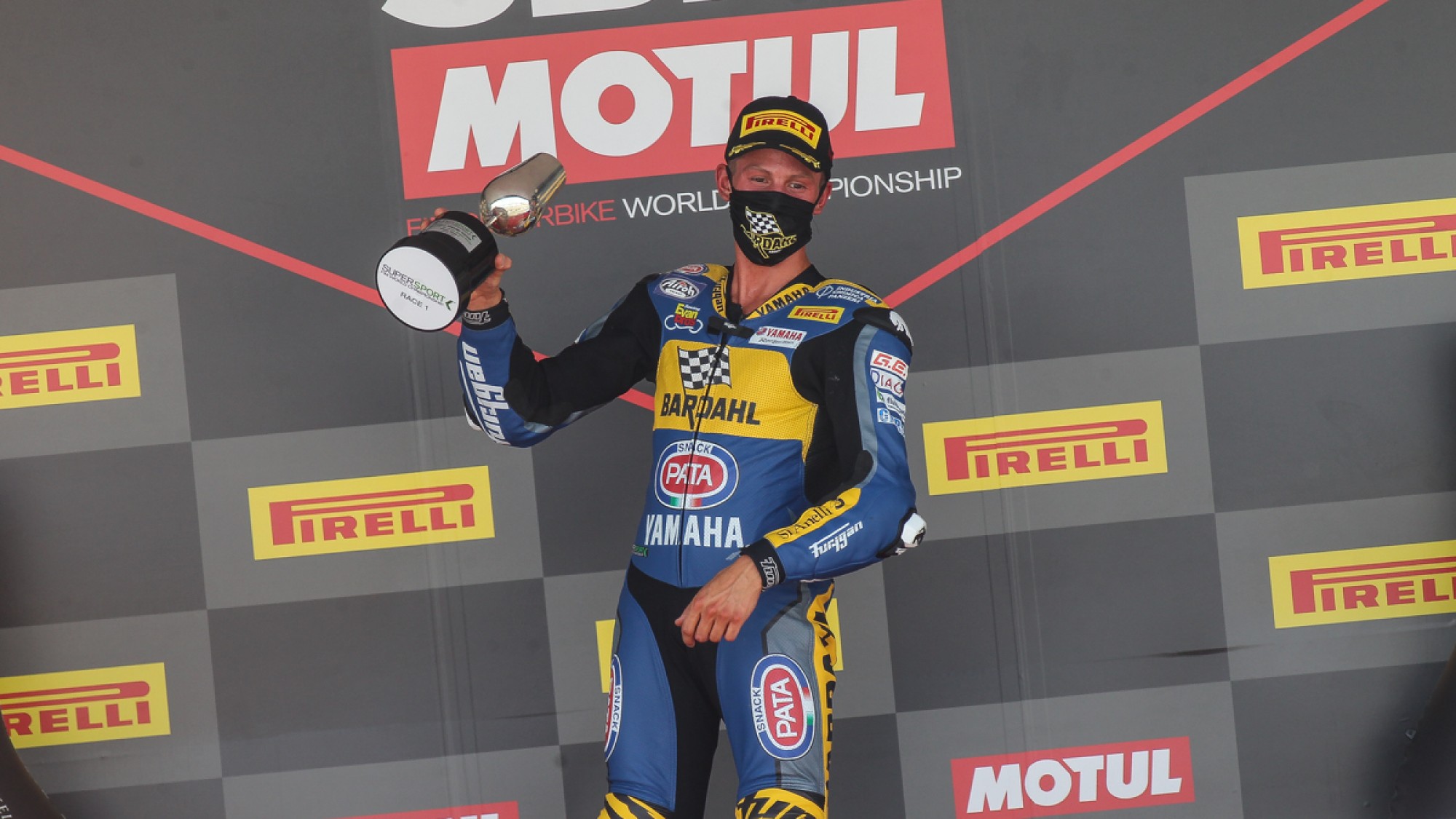 The long break between races did not impact on Andrea Locatelli (BARDAHL Evan Bros. WorldSSP) as he claimed two wins in two races at the Pirelli Spanish Round as FIM Supersport World Championship with WorldSSP debuting the new-for-2020 weekend format of two races per weekend.

The Italian rookie claimed a stunning debut victory in Australia before the racing at the Circuito de Jerez – Angel Nieto; meaning Locatelli now has three victories from three in his debut WorldSSP campaign. In Race 1, Locatelli had to battle his way to the race win after losing the lead on the opening lap; eventually overcoming Jules Cluzel (GMT94 Yamaha) by three seconds after passing him in the early stages of the race.

In Race 2, Locatelli led every single lap on his way to his third consecutive victory although his approach changed for the race. A bizarre warm-up lap crash between Axel Bassani (Soradis Yamaha Motoxracing) and Raffaele de Rosa (MV Agusta Reparto Corse) meant the race was red flagged before it started; a new race distance of 11 laps was announced instead of the expected 17.

“We did an incredible job. We claimed first position in both races, and it was a really good weekend for us. Now I need to work because we go to Portimao and I have only ridden there in January in the winter tests and for me it’s a little bit different. I don’t know the track very well. I think we can push immediately in Portimao because the bike, the setup is good now. We need to understand a little bit more about the tyres and the bike.”

You can follow the exciting WorldSSP action throughout 2020 with the WorldSBK VideoPass!