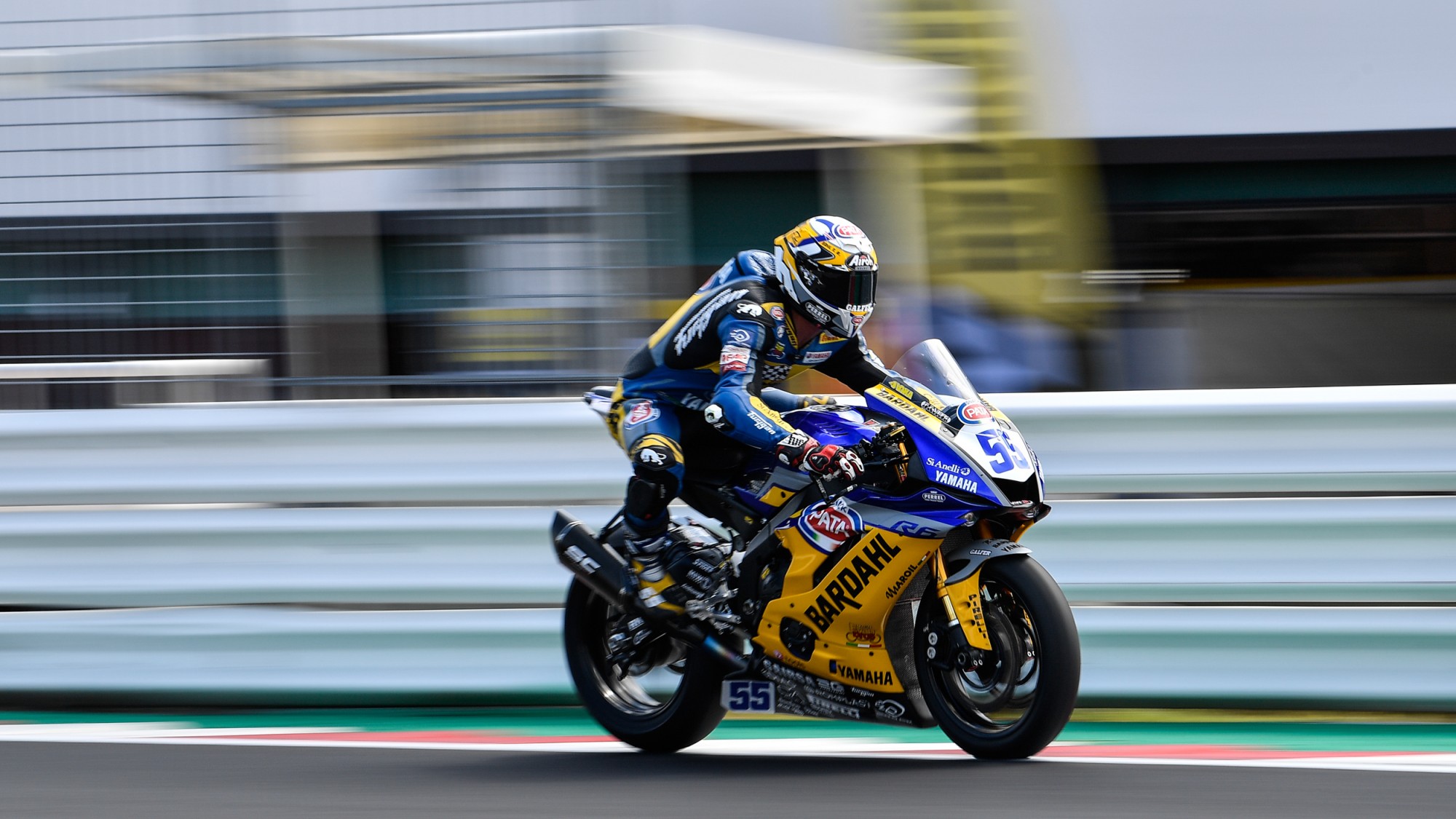 Testing for the recommencement of battle is underway in WorldSSP and the momentum remains with the Championship leader… for now!

The 2020 FIM Supersport World Championship has taken another step closer to resuming after the conclusion of testing at the Misano World Circuit “Marco Simoncelli” in Italy. The track welcomed both WorldSBK and WorldSSP for the final day of action, with Andrea Locatelli (BARDAHL Evan Bros. WorldSSP Team) hitting the headlines, securing top spot.

Italian Locatelli, a rookie in the class and current Championship leader after the Yamaha Finance Australian Round was back to his best at Misano. Aiming to understand the slick rear tyres a bit better in anticipation for the return to racing in a month’s time, Locatelli improved throughout the day and eventually secured top spot.

After a lengthy break, MV Agusta Reparto Corse also returned to action. Randy Krummenacher, the reigning WorldSSP Champion, had been at Misano with the Barni Racing Team in WorldSBK before the test, so has recent miles under his belt. The Swiss rider churned out a vast number of laps to better understand his machine. Teammates Raffaele De Rosa and Federico Fuligni were also present at the test, with De Rosa coming home second ahead of Krummenacher. All three riders were testing new set-ups but primarily, getting back to grips of their bikes before the season resumes.

Whilst the Misano test grabbed the headlines, GMT94 Yamaha have been testing extensively at the Carole Circuit and Ales in France respectively, with Jules Cluzel and Corentin Perolari getting back up to pace. Belgium’s Loris Cresson also returned to the circuit at Assen and in his home country of Spa Francorchamps, as he also prepares for a return to racing.

Watch the WorldSSP season and enjoy more races than ever before with the WorldSBK VideoPass!