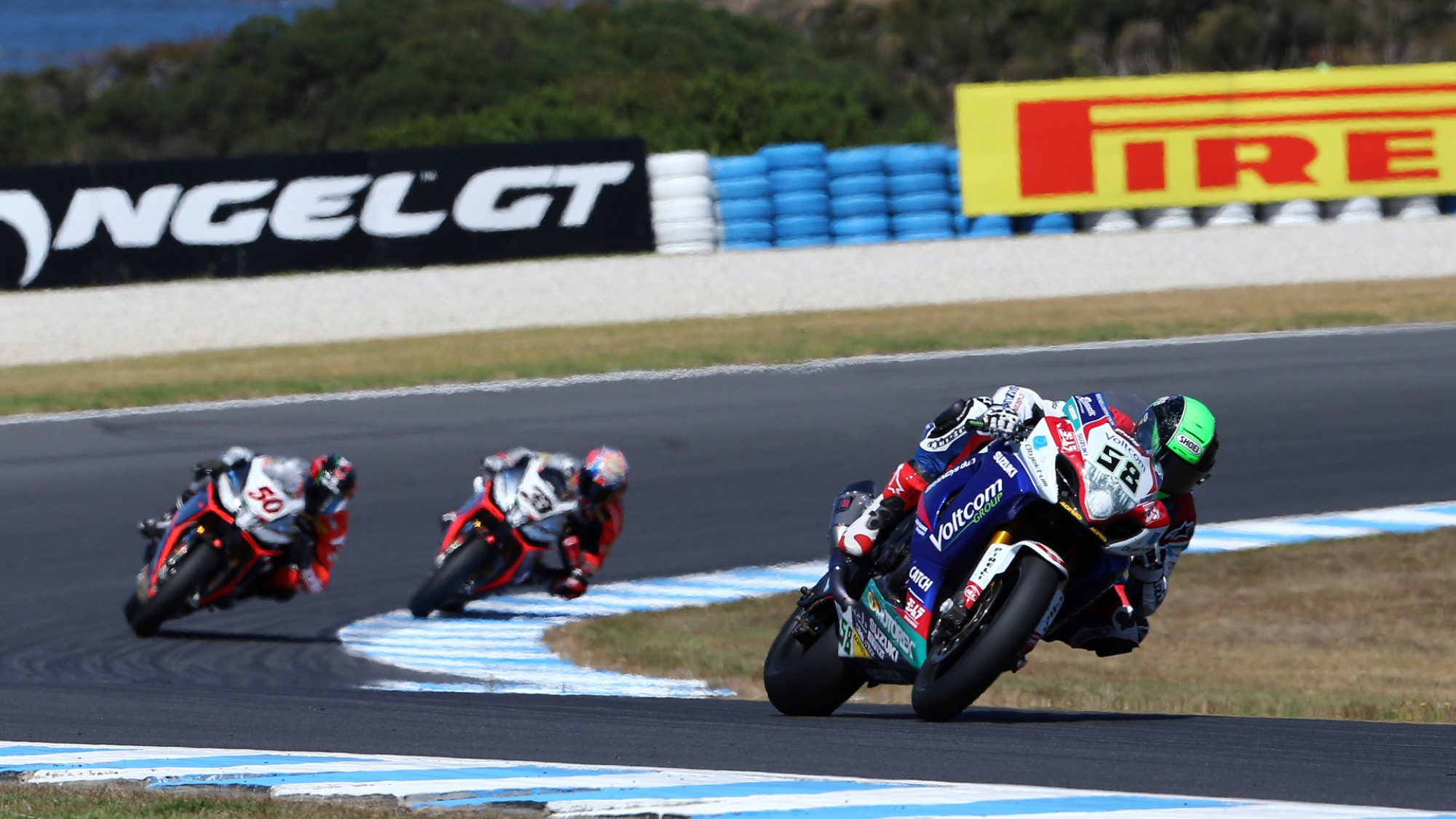 With a new bike and new team for 2014, the Irishman kick-started his season in the same fashion he finished 2013 in: winning!

Replicating the success of Leon Haslam’s Suzuki debut in 2010, Eugene Laverty threw his leg over the Voltcom Crescent Suzuki in 2014 and romped to a mesmerising victory at Phillip Island. At a track which naturally lends itself to close racing and final lap scraps, ‘Norge’ was able to break away and put in the race of his life to come out on top, beating his former manufacturer – Aprilia – in the process. What is his last win to-date - and Suzuki’s last in WorldSBK for the foreseeable future – Laverty reminded everyone that as a reigning WorldSBK runner-up, he was to be a formidable force.

Enjoy more classic races as well as exclusive in-depth interviews and highlight shows from 2020 pre-season testing with the WorldSBK VideoPass!