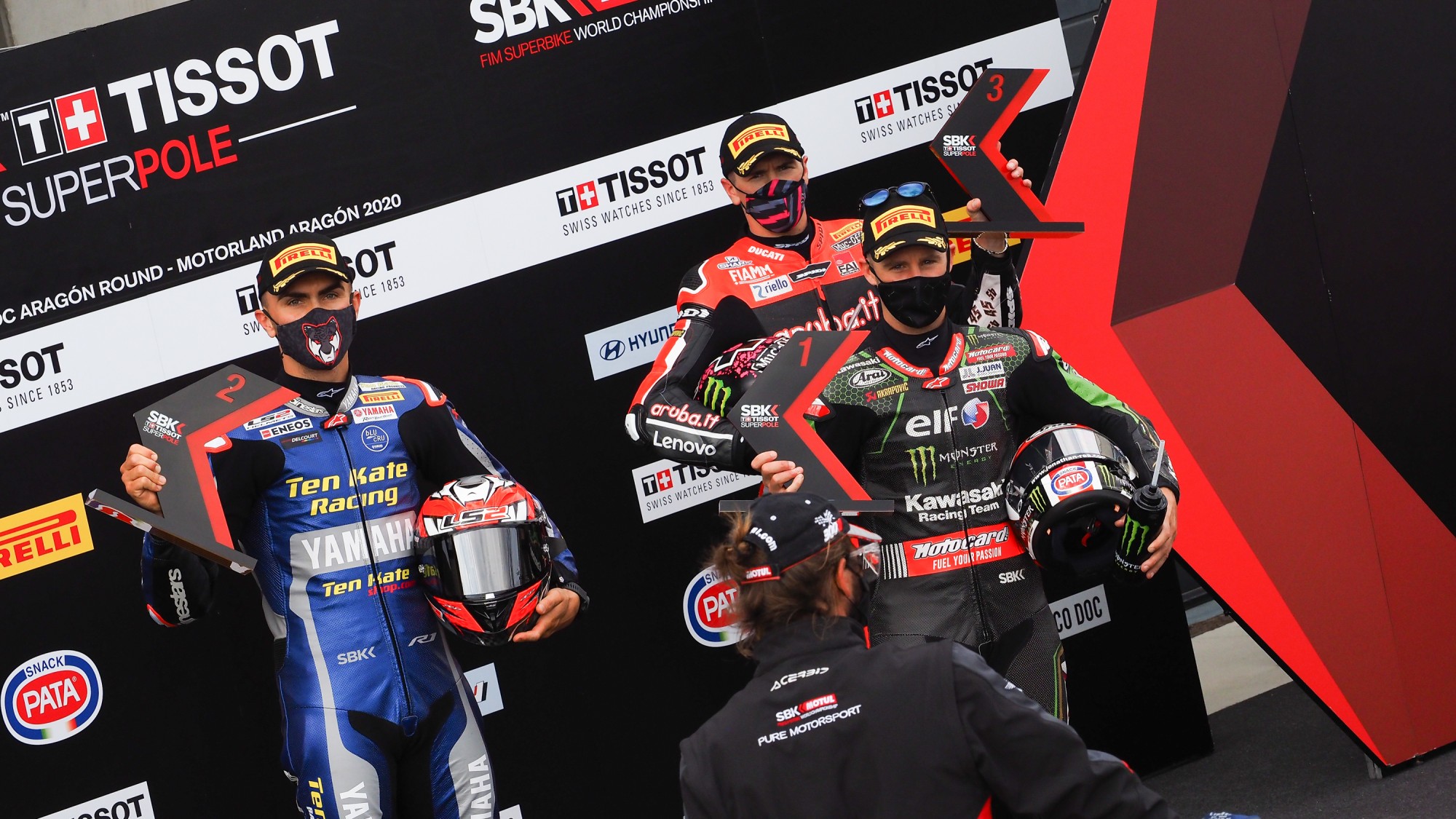 Scintillating pace was the story of the day as Jonathan Rea (Kawasaki Racing Team WorldSBK) claimed a stunning pole position for the MOTUL FIM Superbike World Championship in the Tissot Superpole session for the Prosecco DOC Aragon Round. Rea was the only rider to dip below 1’49s as he posted a 1’48.860 to take pole position at MotorLand Aragon.

Rea had shown his pace throughout the session and was in the front group throughout and his last lap was enough to claim the 25th pole position of his WorldSBK career. He will line up alongside French rider Loris Baz (Ten Kate Racing Yamaha) as Baz claimed his first front row start since Donington Park in 2018. Scott Redding (ARUBA.IT Racing – Ducati) moved up the order to claim third place as the lead Ducati rider.

Alex Lowes (Kawasaki Racing Team WorldSBK) will line up on the second row alongside Michael Ruben Rinaldi (Team GOELEVEN) who will start in fifth place; the Italian still showing impressive pace throughout the weekend. Leon Haslam (Team HRC) was the highest place Honda rider as he secured a second row start.

Toprak Razgatlioglu (PATA YAMAHA WorldSBK Official Team) will start the race in 11th place, his worst Tissot Superpole result of 2020. Tom Sykes (BMW Motorrad WorldSBK Team) had a crash as he entered the “corkscrew” section of the track when he put on the qualifying tyre, unable to set a time and qualifying in 14th – Sykes’ worst result in Superpole since Monza 2011.