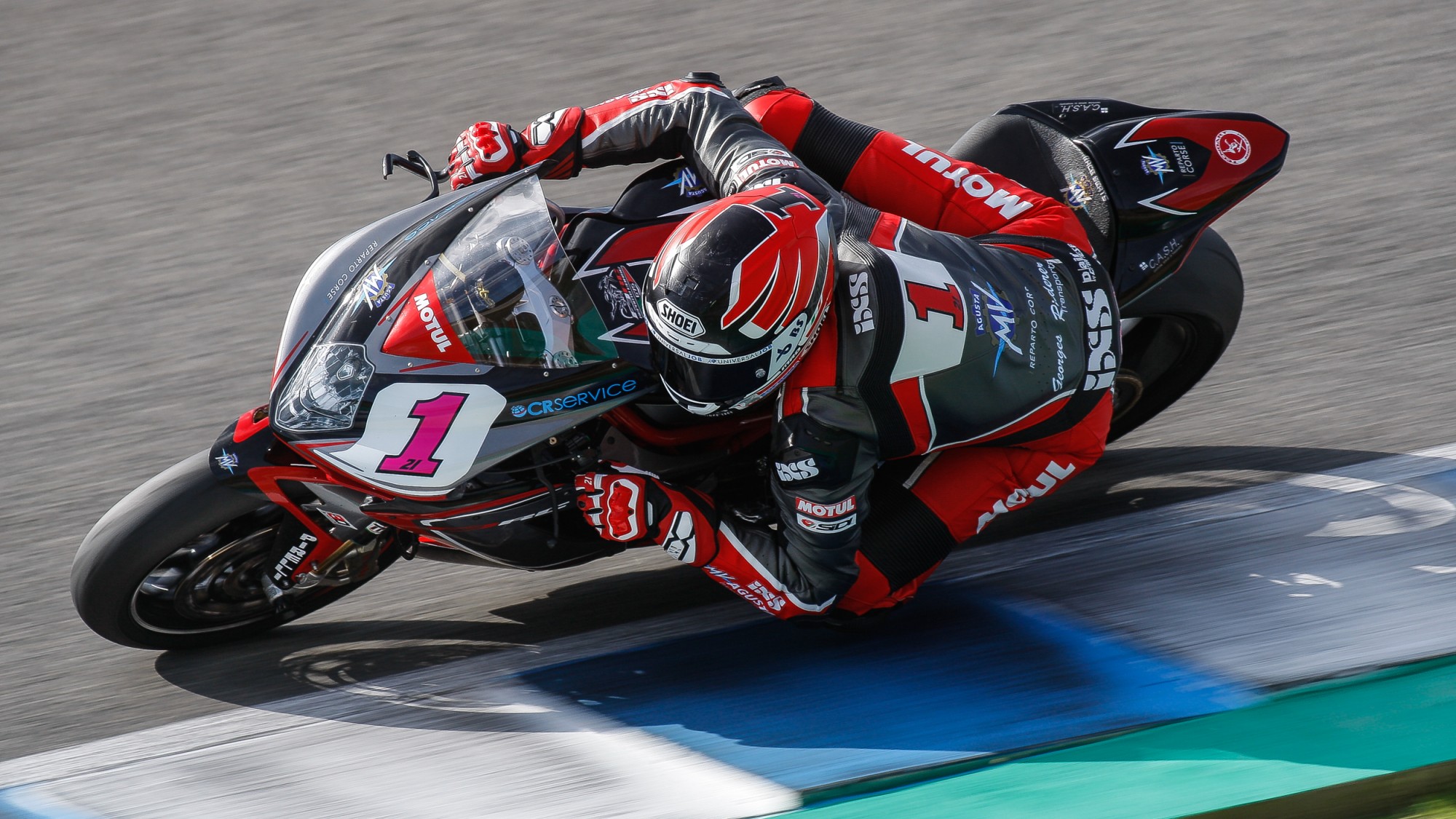 World Supersport action was back and despite the onslaught of rookies, the reigning Champion’s experience propelled him to the top of the timesheets

At the Circuito de Jerez – Angel Nieto, the FIM Supersport World Championship was also in action with numerous leading riders on track. A day blighted by red flags gave some teams the chance to bed-in their 2020 set-ups and for the raft of rookies to come to terms with their 2020 challenge. Ending the day on top however was reigning WorldSSP Champion Randy Krummenacher (MV AGUSTA Reparto Corse), making his debut for MV Agusta, whilst Philipp Oettl (Kawasaki Puccetti Racing) and Isaac Viñales (Kallio Racing) were in behind.

Learning a new bike and taking his crew with him to the MV Agusta set-up, Randy Krummenacher’s title defence started well, setting 50 laps throughout the day. The Swiss rider was under four seconds from Jonathan Rea’s (Kawasaki Racing Team WorldSBK) time from WorldSBK and just over half-a-tenth ahead of fellow WorldSSP rider, Philipp Öettl. Fresh from a test in Valencia, Oettl was up to speed on day one, with the German finishing ahead of Isaac Viñales, who is on a more-or-less identical bike to 2019 and has the aim of fighting for the title in 2020.

Fourth overall was Andrea Locatelli (BARDAHL Evan Bros. WorldSSP Team), as the Italian also made his switch from Moto2™ to World Supersport. Setting over 60 laps on the Yamaha R6, the Italian stated he needs to go step by step and set as many laps as possible to understand the bike better. He was ahead of 2019 Moto2™ rival Steven Odendaal (EAB Ten Kate Racing), who set 68 laps on his first time out on a WorldSSP bike. Hannes Soomer (Kallio Racing) adapted quickly to his first Yamaha experience and was sixth out of nine WorldSSP riders.

Federico Fuligni was back fighting fit with the MV Agusta and was seventh come the end of the day. Firstly, adapting to the bike and then trying to adapt the bike to his style, Can Öncü (Turkish Racing Team) turned a first wheel in WorldSSP. He was eighth, just ahead of Loris Cresson (Team Toth), as the Belgian rider completed the WorldSSP running order.

Follow all of the action from the Jerez test with our highlights package with the WorldSBK VideoPass!