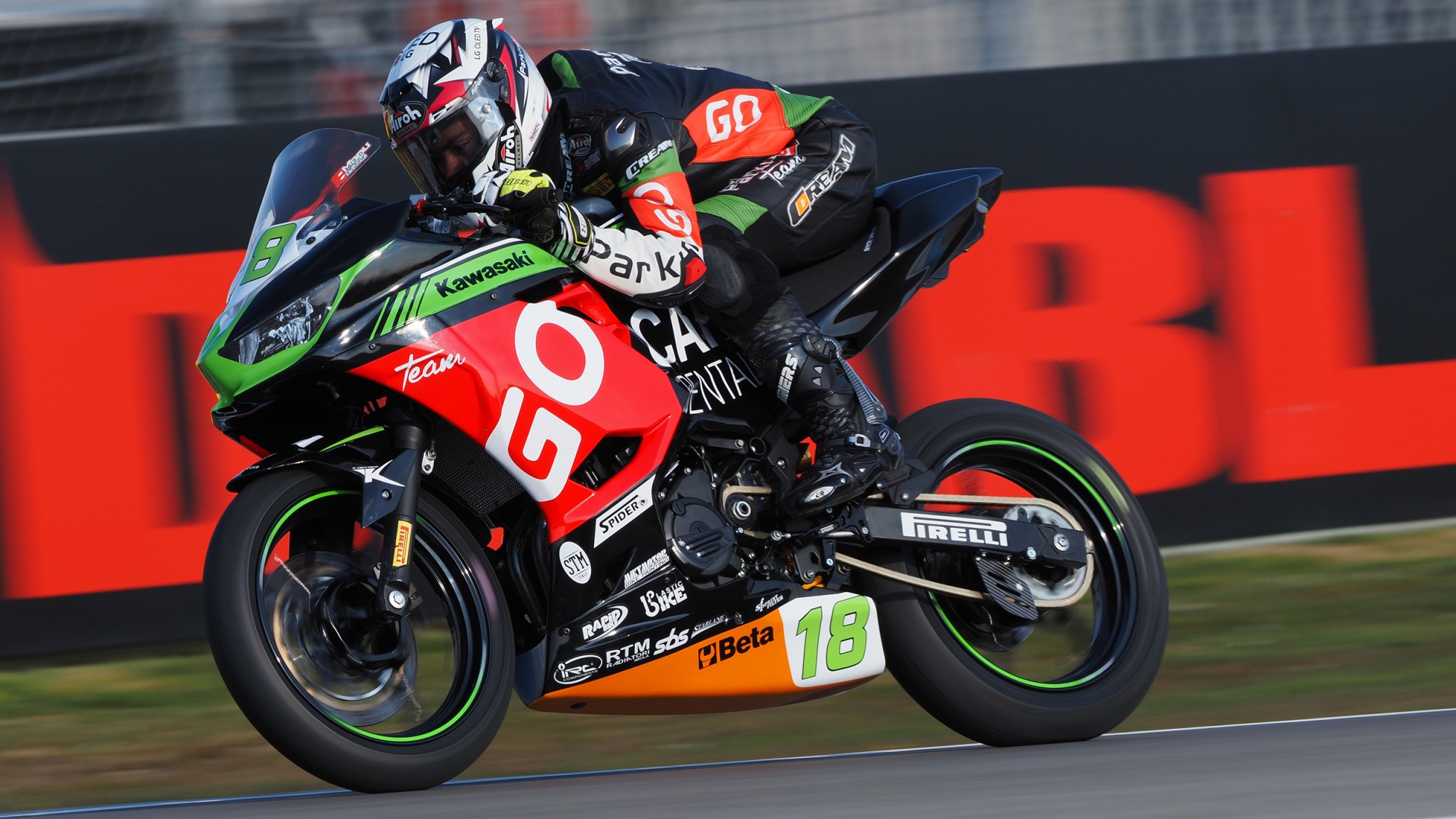 A stunning campaign which saw race wins, podiums and the Riders’ Championship come their way, the Kawasaki ParkinGO Team scoop the Teams’ Championship too!

After an enrapturing World Supersport 300 season which has seen magical comebacks, first time winners and the youngest ever FIM Motorcycle Road Racing World Champion, the Teams’ Championship was decided in a dust-up in the desert of Qatar. Having taken the Riders’ Championship and contributed massively to the Manufacturers’ Championship, the Kawasaki ParkinGO Team secured the best team of the season, with a fantastic final Motul Qatar Round.

With three wins and three other podiums coming courtesy of Manuel Gonzalez, the Kawasaki ParkinGO Team were able to finish a comfortable 28 points ahead of the Kawasaki MOTOPORT squad, who took a 1-2 in the final race of the year at Losail. Race victories at MotorLand Aragon, Assen and Jerez as well as podiums at Misano, Portimao and Magny-Cours mean that Edoardo Rovelli’s outfit really were the class of the field. However, they also had to fight hard for those three victories, with the total winning margin of Manuel Gonzalez from Aragon, Assen and Jerez only mounting to 0.220s!

Leading 21 laps throughout the season, the Kawasaki ParkinGO Team are deserving Champions in 2019. The only round they failed to score points in was at Donington Park, but even then, their Riders’ Championship lead remained static. One of their biggest successes however will be crowning Manuel Gonzalez as 2019 WorldSSP300 Champion, thus becoming the youngest ever World Champion in the entirety of the FIM Motorcycle Road Racing World Championships. This achievement is also an accolade to the Championship, producing talented determined riders who succeed and go on to have great, successful careers.

Behind the top two teams and taking the bronze-medal position was the Freudenberg KTM Junior Team, 58 points back but enjoying podium and pole success. In fourth place was the BCD Yamaha MS Racing outfit, who also succeeded in mounting the podium on two occasions to tie on points with the Freudenberg KTM Junior Team. Completing the top five was the one-rider team of reigning Champion Ana Carrasco, who took the Kawasaki Provec WorldSSP300 team to 117 points, two wins and three other podiums in 2019.

Find out how the teams get on in the off-season and get the latest ahead of 2020 with the WorldSBK VideoPass!