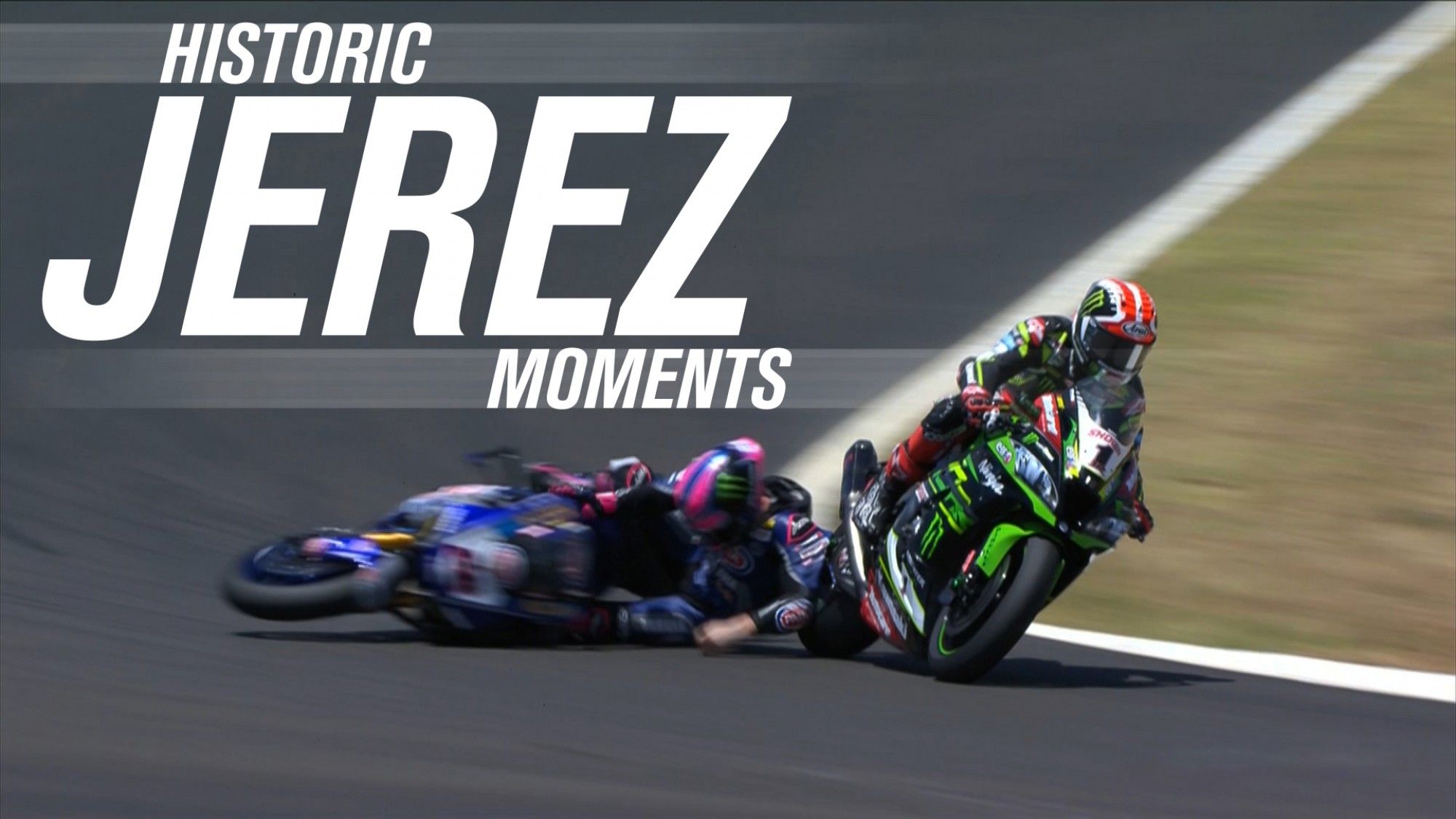 As the 2020 MOTUL FIM Superbike World Championship returns to action, it does so at one of the most iconic venues in motorcycle racing. The Circuit de Jerez – Angel Nieto has played host to many great moments and World Superbike has enjoyed its fair share of big moments. From dramatic final corner clashes to Championship victories and surprise results, the Andalucian venue has seen it all.

As recently as last year, there was drama – 2019 arguably being one of the most action-packed. Race 1 saw the big final corner collision between Jonathan Rea (Kawasaki Racing Team WorldSBK) and Pata Yamaha’s Alex Lowes; now they are teammates and rivals for the Championship, will there be a return to the scene of the crime in more ways than one? They weren’t the only two to tangle however, as Race 2 saw Marco Melandri wipe out his former Ducati and BMW teammate Chaz Davies at Turn 5. A heated exchange across social media lit the fire and with Marco Melandri making his return this weekend coming, who’d bet on more drama.

2017 saw drama in World Supersport, with Jules Cluzel and Federico Caricasulo clashing at the final corner on the final lap. Caricasulo would blast to the line to take victory ahead of the Frenchman, whilst Estonian Hannes Soomer took the ESS Cup in convincing fashion further down the field. In WorldSSP300, the Championship was decided and went the way of Marc Garcia, whilst Galang Hendra Pratama became the first Indonesian rider to win a race in the WorldSBK paddock. Jerez has seen plenty of big moments throughout WorldSSP history, with Michael van der Mark clinching the 2014 title there.

2015 saw a historic title-clinching moment with Jonathan Rea putting Northern Ireland on the world map; the Ulsterman became the first World Champion since Joey Dunlop and celebrated in style after a dominant year of racing took him and Kawasaki to the top. The race was won by Tom Sykes, giving Kawasaki double the reason to celebrate. Two years earlier, it was Sykes who clinched the title in Race 1, but the major battle was between Marco Melandri and Eugene Laverty, with the Irishman around the outside at Turn 13 on the last lap to take victory and second in the standings.

One of the more forgotten moments came in 1990, when the first WorldSBK race ever to take place in Spain fired into life, with Race 1 and 2 going the way of Frenchman Raymond Roche. It would be the start of a phenomenal season for Roche, who went on to become World Champion, the first European Champion in WorldSBK history.

Make sure to follow the action and watch history in the making with the WorldSBK VideoPass!