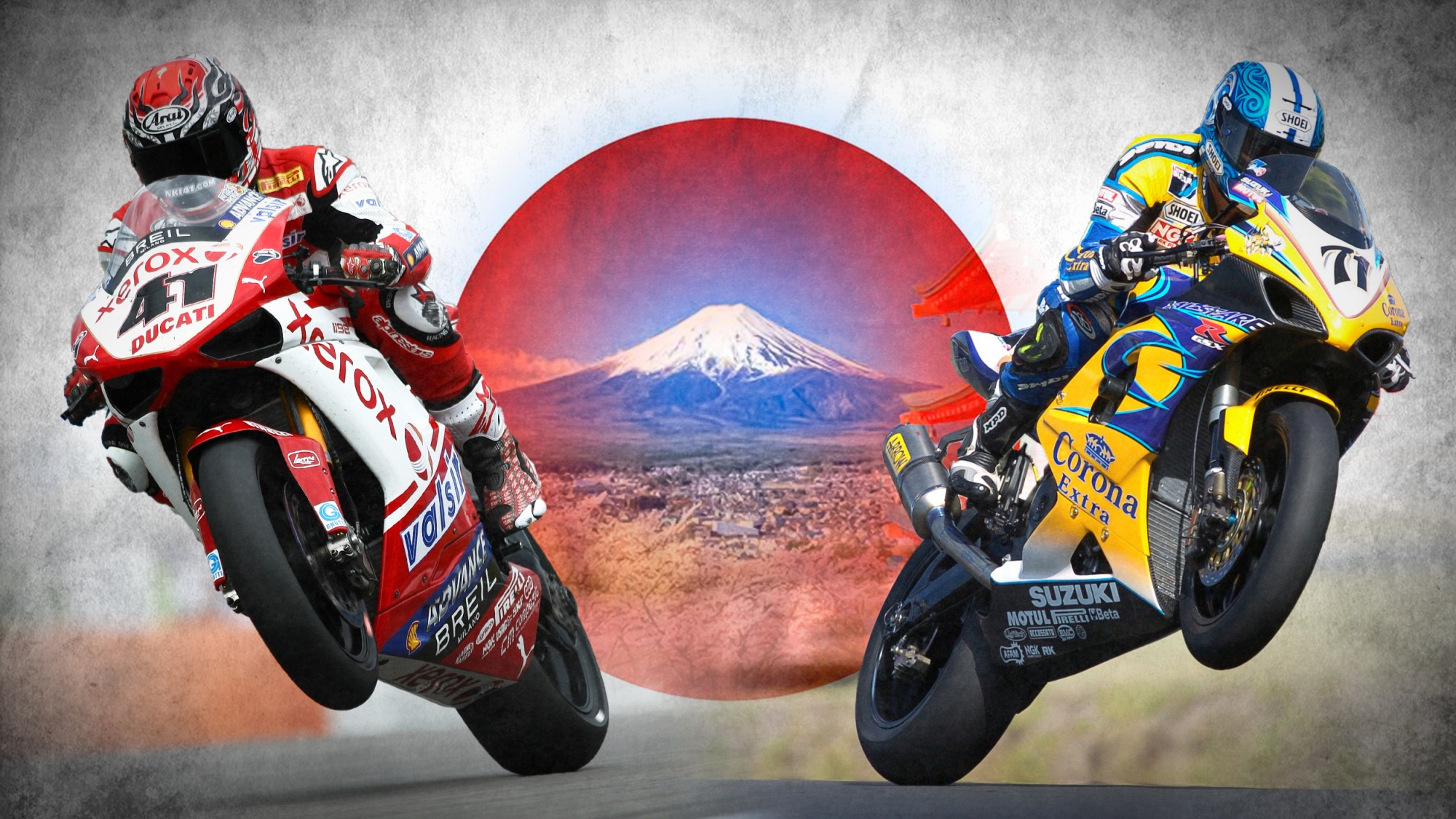 The Land of the Rising Sun has been an integral part of World Superbike since the beginning in 1988, and we celebrate that this weekend with whole load of content on this successful nation

The MOTUL FIM Superbike World Championship has a long and illustrious history, featuring a wide variety of nationalities, riders, circuits, teams, manufacturers and personalities. With weekends already being dedicated to Honda and Imola, this weekend welcomes the turn of Japan. From some of the most successful manufacturers, to WorldSBK heroes such as Noriyuki Haga, Yukio Kagayama, Akira Yanagawa and Ryuichi Kiyonari, Japan has given plenty of memories throughout the years.

Starting with track, there’s only one that can be spoken about. High in the hills of Murata, Sportsland SUGO became a regular fixture on the calendar from the first season, back in 1988 to 2003; Japan has not returned to the WorldSBK season schedule since. Elevation changes of nearly 70m per lap, the track was the original rollercoaster and year after year, wildcards came to win. From 1996 to 2001, all the winners were Japanese and the majority of them wildcards. However, in just the second ever race at Sugo, Mick Doohan took his first WorldSBK victory; his first World Championship win. 19 winners from 32 races, Sugo is missed and so is the unpredictability it sported.

Next, it’s onto the riders and there’s quite a few of them! 115 Japanese riders have started in WorldSBK, with 10 riders winning to amount to 62 wins for the Asian nation. Yuichi Takeda took the first win at Sugo back in 1996 as a wildcard, but it would be Noriyuki Haga’s charisma, flamboyancy and aggressive riding style that became the symbol of the country in WorldSBK. From his first win in 1997 to his last in 2010, Haga’s stunning career in WorldSBK showcased him as a runner-up no less than three times, amounting 43 wins in the process – the most decorated rider without a title. Iconic wins include a stunning Race 2 at Monza in 2008, where he took on fellow countryman Ryuichi Kiyonari, whilst his first race win was also a memorable achievement, back in 1997.

However, there’s other Japanese stars that we’ve already mentioned. Ryuichi Kiyonari’s first ever WorldSBK win came after a thrilling Brands Hatch battle in Race 1, 2008, whilst Yukio Kagayama won in just his second full-time WorldSBK race at Losail, back in 2005. During the 2001 season, with no Haga in the Championship, it was Makoto Tamada who flew the flag with a stunning double at Sugo; this came just one year after the first ever Japanese wildcard double was achieved at Sugo, courtesy of Hitoyasu Izutsu.

The manufacturers in WorldSBK also stem from Japan, with Kawasaki, Yamaha and now Honda all joining the grid as full, factory-supported teams. Some of the most iconic battles in WorldSBK have featured these, as well as Suzuki. One of the greatest races in WorldSBK which saw the Japanese manufacturers conquer was back in 2004, when Honda took the fight to Ducati at Assen. More notable races include Troy Corser and Alex Barros going head-to-head with Suzuki and Honda at Phillip Island in 2006, as well as the thrilling 1-2 for Honda in the closest WorldSBK podium of all time, back at Monza in 1997.

In 2020, the Japanese presence in WorldSBK has been massively enhanced. Young-gun Takumi Takahashi will aim to get in on the action whilst the big news in the class is that HRC are back after 18 seasons away from factory-supported WorldSBK action. Not to mention that in WorldSSP, Hikari Okubo is back with the Japanese manufacturer and with the Dynavolt Honda squad. In WorldSSP300, Yuta Okaya (MTM Racing Team) will fly the flag whilst there’s even more talent coming through the Asia Talent Cup!

Make sure you catch all the action when 2020 action resumes with the WorldSBK VideoPass!