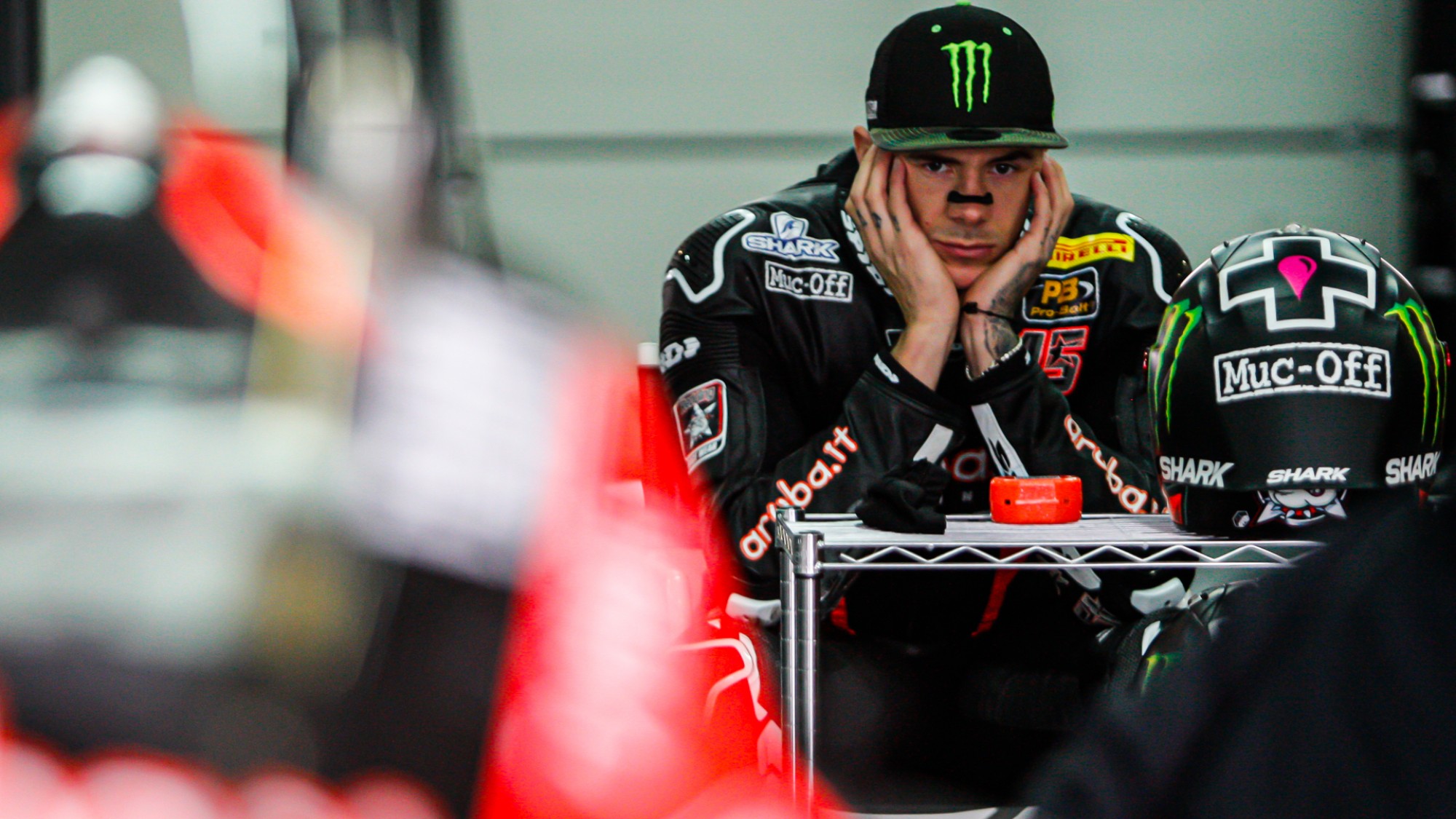 The WorldSBK rookie talks us through life as a racer, money, near retirement and his 2019 revival in the first half of this two-part interview.

When Scott Redding (Aruba.it Racing - Ducati) won his first World Championship race, he wasn’t old enough to apply for a moped licence in the UK – and still wasn’t six months later. This is someone who seems to have been around forever yet is younger than Jonathan Rea or Carl Fogarty when they won their first world title. Since that famous Donington 125cc victory, Redding has hit highs that most riders can only dream of. But many would be relieved to have been spared the lows.

Speaking with WorldSBK.com minutes after sundown at the November Jerez test and hours before jetting away to California for the holidays, the man from Gloucester, Aruba.it Racing - Ducati's star signing for 2020, opens up on the turbulent last few years of his career, through fame, falls and his final resurgence. This is Scott Redding, in his own words.

Who is Scott Redding? That’s a good one… Scott Redding is a kid with talent and dedication from Gloucester. No ego, out to have fun and enjoy my life as well as trying to be successful with racing… And I don’t really give a f***. That’s me!

Last year [2018], my career was more or less finished. I was over it, I didn’t want to race anymore. I was 25 and thinking ‘I’m done with this sport’. It wasn’t giving me anything in my life; I didn’t feel happy and I didn’t feel like I was succeeding. I’ll try to do something else, that was my vision.

Burnout is a good way of putting it, because there was no light at the end of the tunnel. There was no future to go forward. I was just struggling, suffering, really hating it. And it just kind of wore me down. I’d come from fighting for a world title in Moto2™, which I lost due to injury. That hurt me enough, but I had a new challenge to go to MotoGP™ and trying to be World Champion was my goal, it’s what I believed I could do. But I just felt at the wrong place, at the wrong time from there on in. Everywhere I went to, it was not the right time.

Aprilia was like that last stab at it. A factory team, the bike the year before wasn’t too bad… But it was all the same. When I went there, they changed the bike, or they changed some rules or whatever, and suddenly the bike didn’t work. It just wore me down, knowing that there’s something that can be better, but I can’t get it.

There’s so much pressure in MotoGP™, millions of people around the world watching you. For me, finishing 15th, 16th, 17th is humiliating. Some riders will say they’re quite happy with that, they’re in MotoGP™… That’s not me.

After that, I was over it. But then I thought: ‘actually, let’s give this a go’. I’ll try and get a good bike, in a good team. Because I know that I’m a good rider, and I know there’s more potential than what I’ve been showing.

When I decided I was going to continue to race, I said to my manager: ‘Find me a bike and a team that can win’. I don’t give a f*** if its quads, skis, jet skis, tractor racing… Just give me something so I can prove to people!

I ended up doing the British Superbike Championship and that kind of kickstarted me again, emotionally. I got that fire for winning again.

I didn’t go there thinking that I needed to finish in the top five. I needed to win. A lot of people thought: ‘well, that’s it, Scott’s finished, he ain’t gonna manage them tracks, he ain’t gonna do this’... I’m still that kid from Gloucester. If I need to race, I’ll do the best I can.

It was the first time in my career that something actually went to plan. It was an amazing feeling that fired me up to come into World Superbike and try to do the same thing here.

Now I do see that I have a longer career. And the experiences I have had in the past, even the hard times, are going to come into my strength in this paddock.

Racing bikes for me is not fun. Risking your life is not fun. I don’t care what anyone says. Having a little ride around on a track day – lovely! Risking the limit on every corner is not fun and I think every other guy here would tell you the same thing. If I’m not getting results, it doesn’t really feel worth the risk.

I didn’t grow up around money. I don’t have money – if I want to retire, I’m not a multimillionaire. I do this to earn money and to thrive for the sport. I always said, I don’t have money to put in a team. We don’t have it, end of story. If I can’t get a ride for free, I can’t race, that’s it!

And then Michael Barthelemy, from the Marc VDS Racing team, took me under his wing. He saved my career, there’s no doubt about it.

I haven’t worked this hard all my life to then have to pay to do it. The problem is, there’s so many people out there now who do pay. That’s the way it is. It did make it hard for me but, at the end, beggars can’t be choosers.

The good thing at the start is that I just had mad bags of talent. I was riding average bikes and putting them in positions they shouldn’t have been in. When I was riding for BQR, I don’t think they had ever got a top-10 finish – I won a race for them! First race I went to, I qualified on the front row and was in the top five, first round. That was helping me, I got where I was because of pure talent and hard work.

I’ve got a big season ahead of me and I want to be ready 100%. If you want to fight to be the best, you’ve got to be ready for the best. And for me the best person is myself, so I want to try and beat myself every day. That’s all I can do from my side. I’ve got a team behind me and a bike manufacturer that has the potential to put us on the top.

Follow all the preparations for the 2020 WorldSBK season thanks to WorldSBK VideoPass!