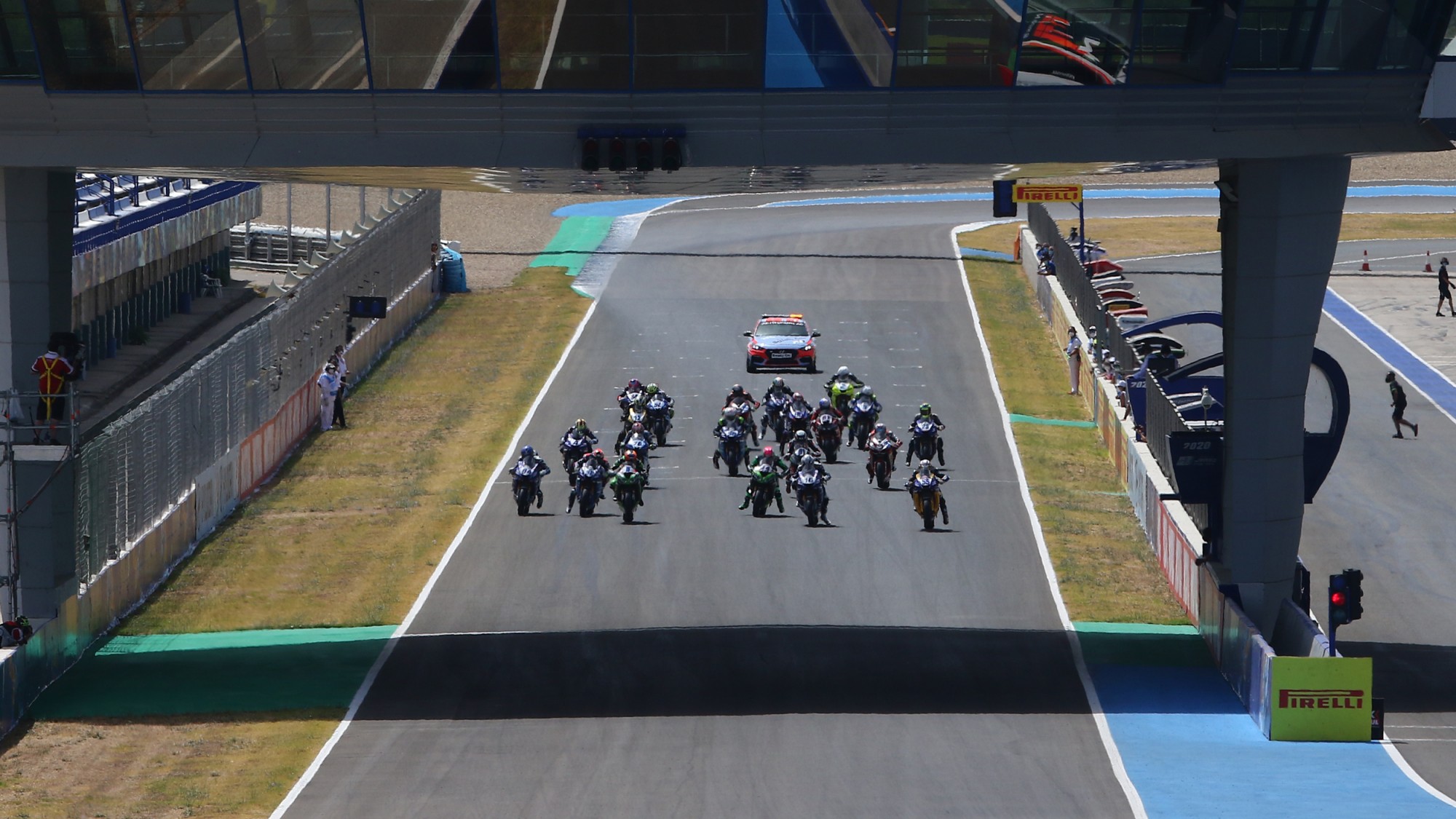 The grid up and down the FIM Supersport World Championship paddock is starting to take shape but there are also some seats to be taken ahead of the 2021 season. With the 2020 World Champion one of a handful of riders vacating not just their team but the class to move into WorldSBK, the look of the grid for the 2021 season is vastly different, but will make for the same, great action come racing.

Both the 2020 Champion and runner-up vacated their seats in WorldSSP to take on the challenge in the MOTUL FIM Superbike World Championship for next year with Andrea Locatelli and Lucas Mahias leaving a ride available at BARDAHL Evan Bros. WorldSSP Team and Kawasaki Puccetti Racing; although the latter was quickly filled by Turkish star Can Öncü, who had raced for the Turkish Racing Team in 2020, while Steven Odendaal will make the switch to BARDAHL Evan Bros. Yamaha for 2020. Öncü will be joined at the team by Philipp Oettl, who will embark on his second year with the outfit after showing strong pace in his debut season in World Supersport.

Jules Cluzel will stay with GMT94 Yamaha after he had a season disrupted by an injury sustained in a crash at MotorLand Aragon, but the Frenchman, who has finished in the top five in the Championship in every season he has competed in, will line-up alongside a new teammate for 2021 with the team announcing Federico Caricasulo will replace Corentin Perolari. Perolari departs the team for a new challenge in 2021; joining the MotoE™ World Cup field.

The most successful WorldSSP team of all time, Ten Kate Racing, will run with MotoE™ World Cup rider Dominique Aegerter in WorldSSP in 2021. The Swiss rider has competed in Moto2™ and claimed one victory plus seven podiums, while he also claimed two victories in the 2020 MotoE™ season as he finished third in the World Cup, whilst also achieving podiums in the final round of the CEV Moto2™ European Championship in Valencia. The Swiss star is joined by Indonesian sensation Galang Hendra Pratama for 2021, as he looks to get a solid start to his second World Supersport campaign underway.

2019 WorldSSP300 Champion Manuel Gonzalez will stay in WorldSSP for a second season with the ParkinGO team although onboard new machinery as the team switches from Kawasaki to Yamaha bikes, looking to take the World Championship title in partnership with Yamaha as they did back in 2011.

Having been with the MV Agusta Reparto Corse team for just one round in 2020, 2019 World Champion Randy Krummenacher returns to WorldSSP with the Dutch EAB Racing Team. The 30-year-old Swiss rider has multiple wins and a Championship to his name and will be back aboard the Yamaha YZF-R6 for a fresh start to his new campaign.

Also returning is WorldSSP race winner Nikki Tuuli, with the flying Finn partnering up with the MV Agusta Reparto Corse team. The team are without a victory since Magny-Cours in 2016 and with more riders to be announced, their threat for a return to winning ways promises to grow ever stronger. Also announced during the winter break was Raffaele De Rosa’s plans, as he leaves the MV Agusta Reparto Corse squad and joins the ORELAC Racing VerdNatura squad; the Valencian team will have two bikes at the European rounds with Italian youngster Leonardo Taccini joining the team.

There’s a brand-new team in World Supersport for 2021 as CM Racing pave the way for more Italian stars to come to the world stage. They will field rookie Luca Bernardi, who was the 2020 CIV Supersport champion in Italy. Originally born in San Marino, Bernardi has been in the WorldSSP300 class on occasion but makes a step up to WorldSSP with a team supported by the BARDAHL Yamaha squad.

One of the other big talking points following the conclusion of the 2020 WorldSSP season is PTR splitting with Honda ahead of the 2021 season with the combination able to challenge for the title in 2009 and 2010 and picking up 18 wins and 30 podiums together. In 2020, the team was represented by Hikari Okubo and Patrick Hobelsberger as the sole Honda entrant.

There is also a seat available, based on the team running two bikes in 2020, at Kallio Racing following Viñales’ move to ORELAC Racing VerdNatura in 2021 in WorldSBK: with the Finland-based team showing strong form throughout 2020. There’ll be plenty more announcements to be made before the season starts, so make sure to keep checking back on how the grid is forming!

Confirmed teams and riders thus far for the 2021 WorldSSP season:

You can relive the best WorldSSP moments from 2020 and look forward to 2021 with the WorldSBK VideoPass!