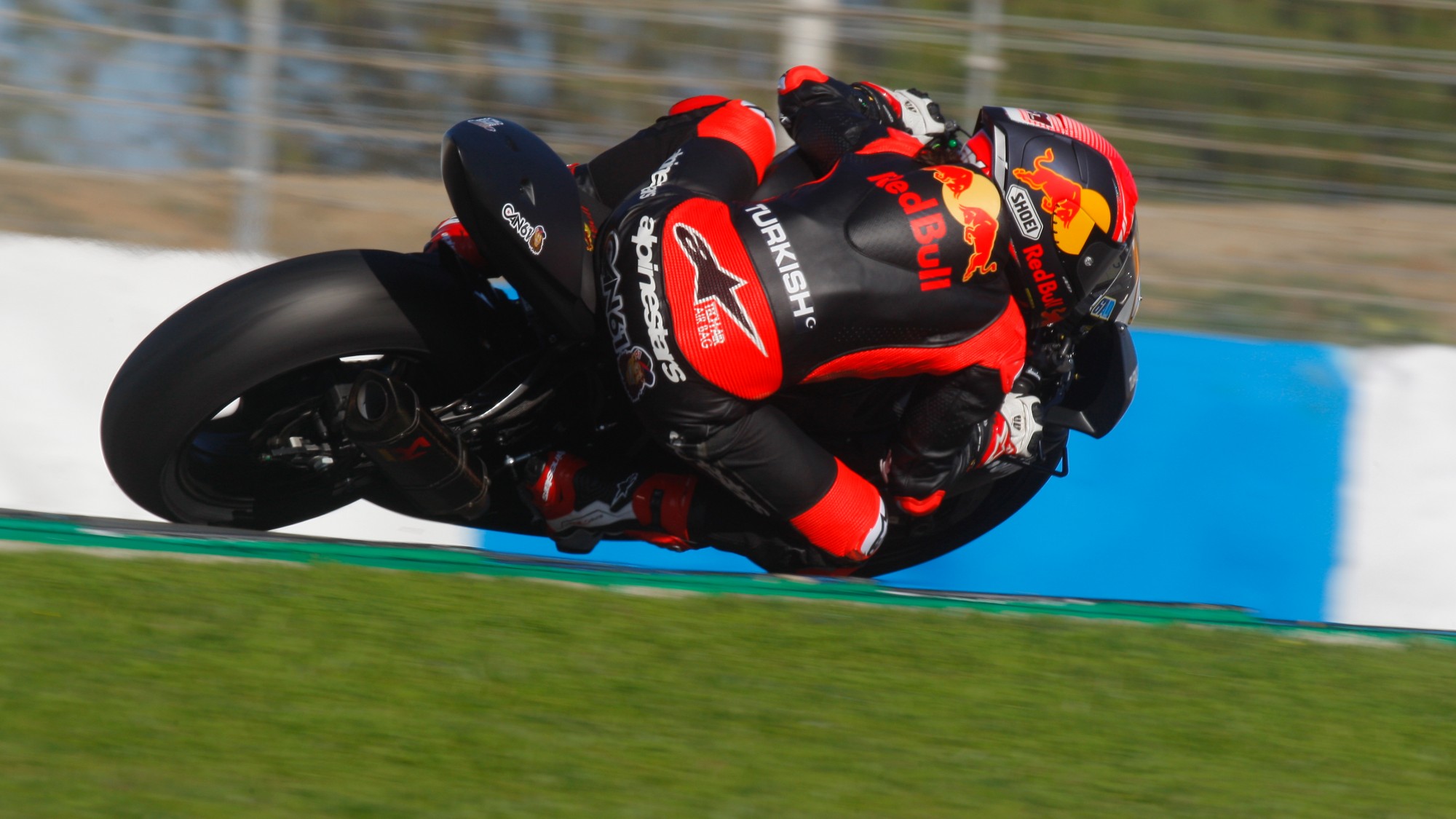 The rookie speaks out on moving up to bigger bikes, goals for 2020 and receiving advice from one Toprak Razgatlioglu

Last week’s two-day test at the Circuito de Jerez – Ángel Nieto allowed us a first glimpse at some of the rookies that will feature on the WorldSBK and WorldSSP grids, with up to 24 riders across both series taking to the Spanish tarmac. One of those was Can Öncü (Turkish Racing Team), the prodigious 16-year-old who will join the paddock after a wild 12 months in Moto3™.

The Turkish flag will be carried once again in World Supersport, less than two years after Kenan Sofuoglu’s emotional send-off, thanks to this new collaboration between Orelac Racing and Manuel Puccetti which has brought the 2018 Red Bull Rookies Cup winner and Moto3™ race-winner into the paddock.

Jerez was not only Öncü’s first shakedown test ahead of 2020, but also his first on a 600cc bike altogether. A rough transition for even the bravest of riders, the 16-year-old managed to put in 139 laps over both days and best time just two seconds slower than the World Champion himself.

It was a promising start for Öncü, who seemed delighted and relaxed after day two: “It was really nice, I enjoyed it a lot. After riding on the Moto3™ bike this felt really powerful, it was really fun.

“We worked well in both days, we were pretty fast. Not as much as the top guys, but considering it was the first time on a big bike, we did an incredible job. We need to continue down this path.”

Part of the reason for his quick adaptation to the WorldSBK paddock is the support he’s receiving – particularly from one WorldSBK race-winner, Toprak Razgatlioglu (Pata Yamaha Official WorldSBK Team). “We’re always having fun, doing crazy things together, which is very nice. We also go out together on track; he followed me one lap and told me where I need to improve. He’s really cool, I’m really proud to be here with Toprak, nothing can be better”.

With Razgatlioglu and Kenan Sofuoglu (who in turn also oversaw the WorldSBK rider’s rise to stardom) as mentors, Öncü expects his adaptation to continue smoothly: “I ask them about the things I need to improve, how I can get better times, and they use their experience to mentor me. When Toprak follows me, he can give me some advice, like braking harder; or he can motivate me, like saying: “what are you doing? I’m doing the same part, the same braking!”.

“I need to work in every area. I need to think, watch some videos, understand where you can pass in this category – because in Moto3™ it’s so different, in the braking you can pass four, five riders. Here you need to be smarter because of the power”.

Öncü will now have two months to study before moving back to Jerez for the first tests of January, which itself will only be five weeks before the start of the season. Too early to set a realistic target, yet the teenage Turk remains ambitious.

“Like everybody, my target is to win the title; but the reality is that it’s not that easy”, he admits. “You need to work a lot. I’ll try to do my maximum, then things will come with time. My first target is to finish in the top ten, then top five, top three and finally first position”.

Watch the best moments from all pre-season testing thanks to WorldSBK VideoPass.