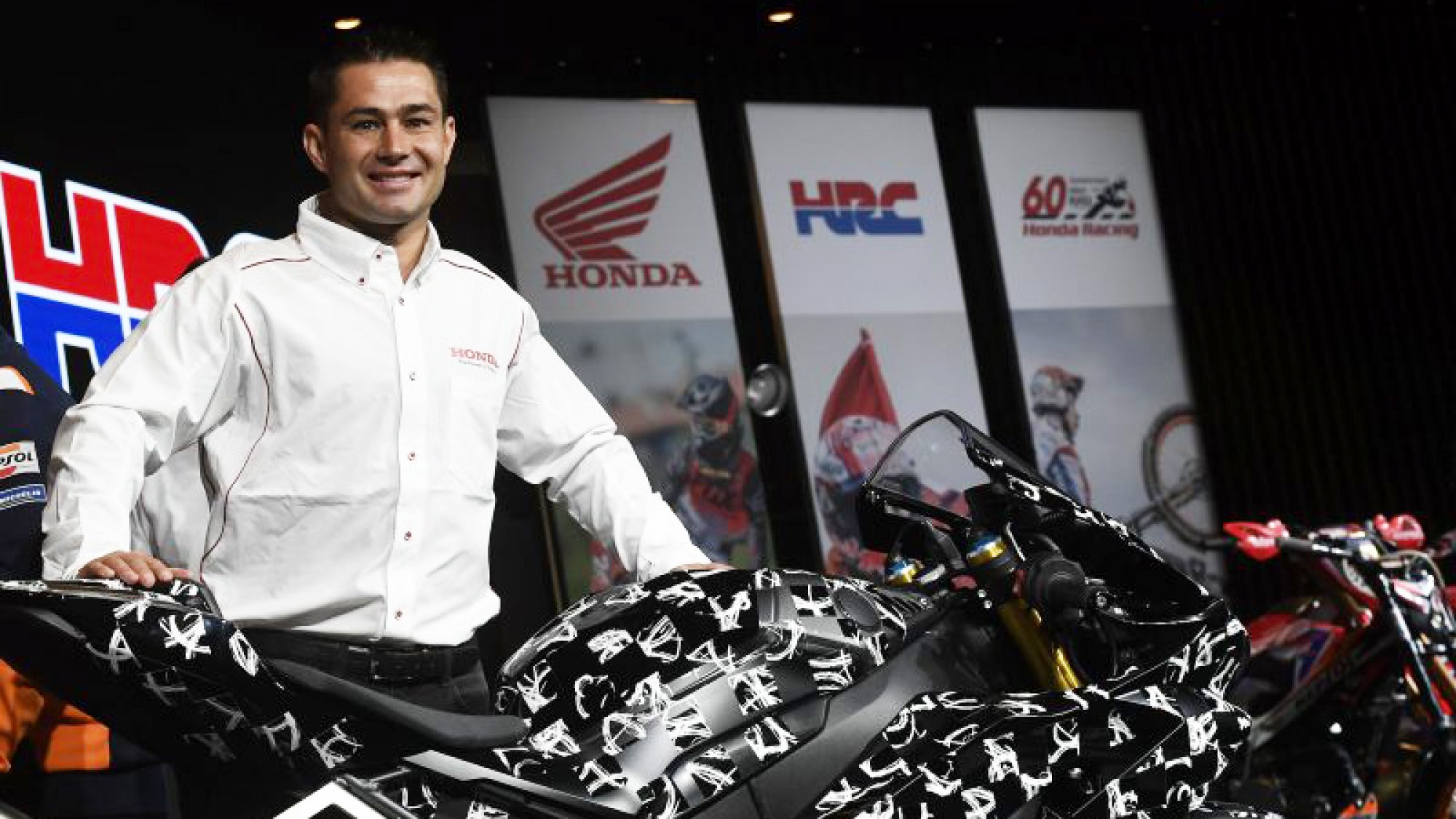 The legendary Japanese manufacturer is back in the big time and ready to rock in WorldSBK, pulling the cover off its glistening new World Superbike project

The HRC Honda team has unveiled its plans and the final part of the 2020 rider line-up at the EICMA motorcycle show in Milan, Italy. The all-new Honda CBR1000RR-R was announced to the world on the eve of the first day at the show, whilst Leon Haslam is confirmed as to joining Alvaro Bautista at the factory-backed squad for 2020. The news is the first of many expected team unveilings across the EICMA week.

After a star-studded first season in WorldSBK which saw him romp to 16 wins, Alvaro Bautista has a new challenge in 2020 with the factory HRC Honda team. In attendance at the show, Bautista got the first look of his new machine and is poised to make his debut with the much-anticipated CBR1000RR-R SP in WorldSBK in testing before the 2020 season kicks off.

Leon Haslam’s decorated history in the WorldSBK Championship will continue to add sparkle to the field in 2020, as he re-joins Honda, a manufacturer he has achieved many podiums with at WorldSBK level. After a solid season back in the WorldSBK action in 2019 that also threw up challenges along the way, Haslam is enthusiastic for the new season.

“I am excited about the possibility of joining the HRC project and the new bike as well,” began the five-time WorldSBK race winner. “It is a dream come true and I just can’t wait to get out there and get on the bike. From my side, just the thought of HRC coming back into the paddock was intriguing by itself, there was a lot of secrecy about what it was and what the bike was.”

Haslam was last with the manufacturer back in 2014, when he took a podium finish at Magny-Cours. His most successful season with Honda came in 2009 as a privateer at Stiggy Racing, taking numerous rostrums.

Continuing, he said: “For me, to have the opportunity and to be involved with it is definitely something that I was aiming for. The aim is always to win; Honda and HRC have not come here to finish second, that is for sure. Obviously, it is a new bike and a new team to the Championship, so testing is going to be very important. I’m pretty confident we can hit the ground running and Phillip Island is one of my favourite tracks where we kick off in February, so it is not long to wait.”

The bike itself is heavily derived from the MotoGP™ RCV213V, with a 13% power increase and state-of-the-art technology that is set to feature the manufacturer at the forefront of the World Superbike Championship in the near future.

Watch the 2020 Honda throughout testing and follow everything HRC-related with the WorldSBK VideoPass!