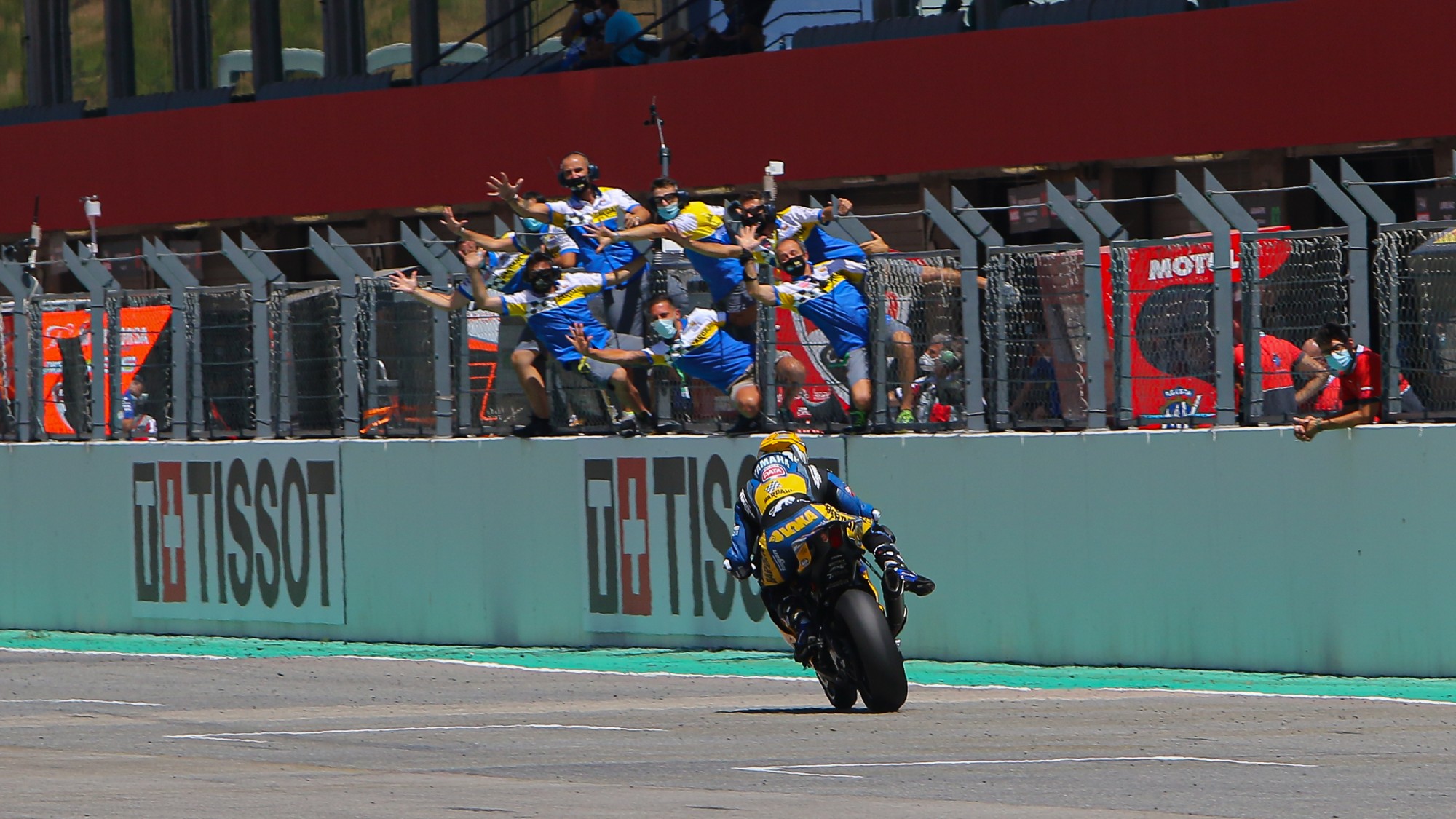 History was made at the Motul Portuguese Round as rookie Andrea Locatelli (BARDAHL Evan Bros. WorldSSP Team) claimed his fifth consecutive FIM Supersport World Championship win, becoming the first rider to achieve the milestone; Locatelli claiming his second victory at the Autodromo Internacional do Algarve.

Locatelli had to fight his way back from fourth despite starting from pole position, with both Jules Cluzel (GMT94 Yamaha), teammate Corentin Perolari and Isaac Viñales (Kallio Racing) all getting ahead of the Championship leader. Locatelli quickly passed Viñales and Perolari but had to fight his way past Cluzel; the pair battling for half the race before Locatelli got by on Lap 9. Cluzel completed the 17-lap race in second place with Spanish rider Viñales claiming the final podium place.

It means Locatelli extended his Championship lead even further following his record-breaking race after fighting his way through the field to claim victory, with Locatelli now 35 points clear of Cluzel at the top of the standings; more than the 25 points available for a race victory in a WorldSSP race.

Steven Odendaal (EAB Ten Kate Racing) claimed a fourth-placed finish in Race 2 at Portimao as he got by Perolari, with the Frenchman falling back behind Philipp Oettl during the race and then Manuel Gonzalez (Kawasaki ParkinGO Team) on the race to the line; Oetll finishing in fifth with Gonzalez pipping Perolari to sixth place by just 0.045s.

Hannes Soomer (Kallio Racing) closed in on the battle between Oettl, Gonzalez and Perolari as he missed out on a higher-placed finish by just one tenth of a second; the Estonian gaining almost half a second in the second half of the final lap to miss out by the barest of margins. Soomer was four seconds clear of Miquel Pons (H43 Team NOBBY), who secured a top 10 finish in a wildcard appearance in WorldSSP. Can Öncü (Turkish Racing Team) completed the top 10 following a battle through the field.

Lucas Mahias (Kawasaki Puccetti Racing) was the first faller in the race as he came down at Turn 2 on the opening lap, retiring from the race shortly after. Lachlan Epis (MPM Routz Racing Team) was not classified following a crash on the exit of Turn 3; Epis able to get up of his own accord but taken to the medical centre for a check-up. 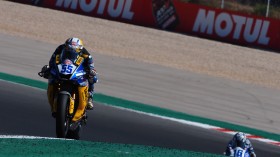 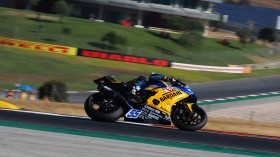 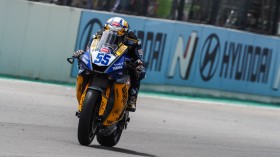