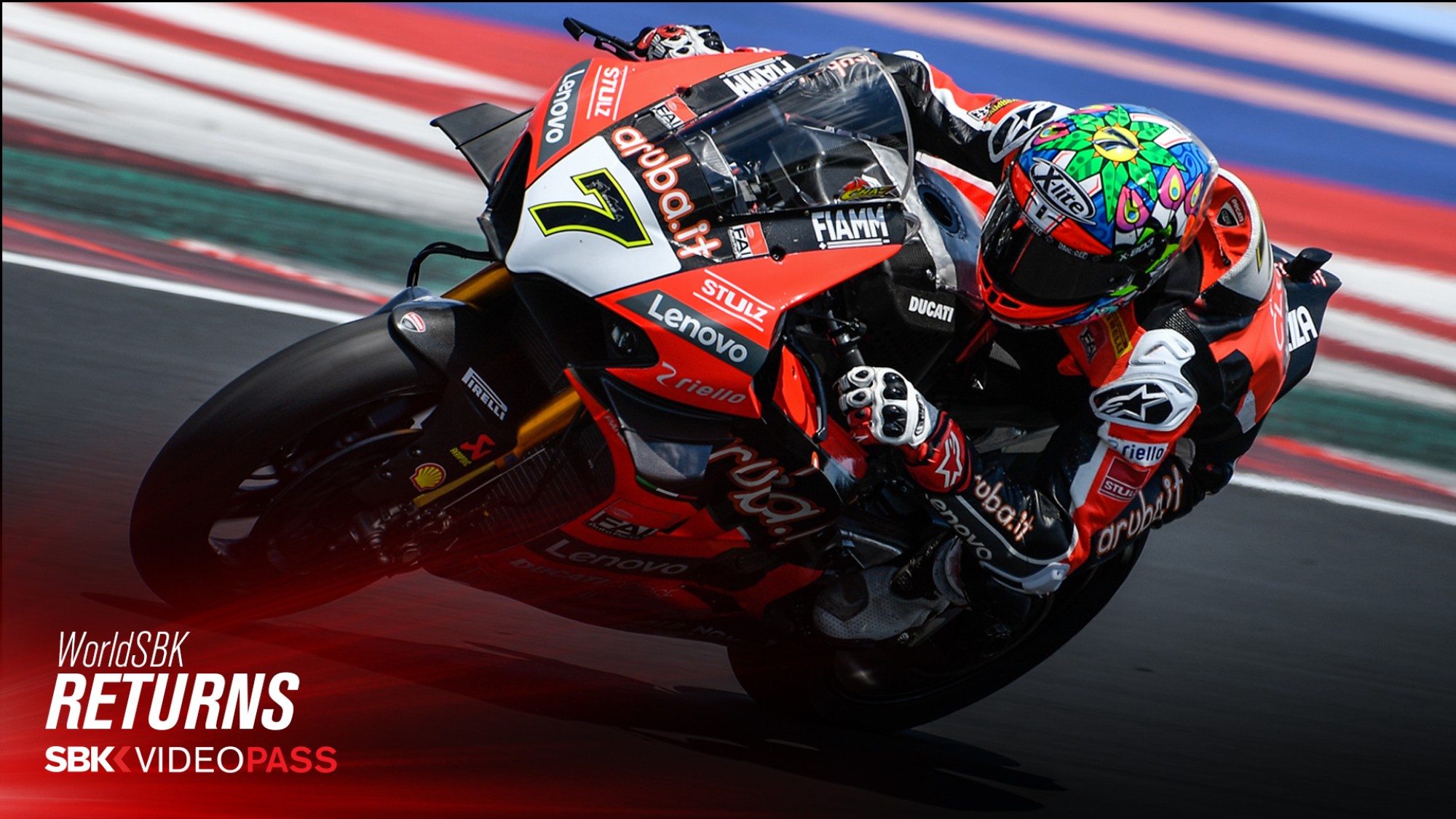 The transition to the Ducati Panigale V4R has been difficult but is he now ready to turn the corner? WorldSBK commentator Steve English gives his thoughts on what he’s seen from the Welsh dragon.

When Chaz Davies is on form, he’s formidable. He’s won 30 races in WorldSBK and been Jonathan Rea’s closest competitor throughout the last five years. Davies is a force of nature on the right bike and can hit a rich vein of form that makes him unbeatable. Unfortunately, the 33-year-old has struggled to find the right balance with the Ducati Panigale V4R. The bike, introduced to WorldSBK in 2019, is a weapon. For Alvaro Bautista, it was a perfect bike and he rolled into the paddock and immediately made himself the star attraction at Ducati. After five years of being the focal point of Ducati – while his teammates floundered – Davies was suddenly cast into a supporting role.

When Bautista left it would have been understandable if Davies had been glad to see the back of the Spaniard. Instead, he’s been joined by another MotoGP™ exile in the shape of Scott Redding and it’s been a case of déjà vu for Davies. Throughout the winter, it was Redding leading the way and making the headlines. Two riders have jumped on the bike as WorldSBK rookies and outperformed the established rider. It’s a troubling time for Chaz.

In motorcycle racing, the package is the most important thing. It’s not just about the bike or the rider. You can’t win if one is lacking but to win races there has to be a marriage. You need to adapt the bike to the rider and the rider to the bike. It’s all about compromising. Can Davies and Ducati compromise? Last year, they made a step forward during the summer with Laguna Seca seeing Davies hit form. The paddock rumour at the time was that the Ducati rider reverted back to some standard parts to try and find the right feeling from the bike. Sometimes, taking a step back is needed to leap forward.

The engine of the V4R is clearly the strong suit and even at the recent Catalan test it was Davies and Redding that were topping the speed trap figures. This is despite both being six feet tall and amongst the heavier riders. This is a big advantage if Davies can get the bike to work on corner entry consistently.

Can Davies turn it around? Yes. Will Davies turn it around? That’s a very different question and one that is difficult to answer. He has the potential to be a title contender again in WorldSBK but it’s also likely that he would be better served on another bike. After 18 months and 41 races, we have plenty of data on Davies and the Ducati V4R. It hasn’t made for comfortable reading and with Redding having performed so comfortably since joining the WorldSBK paddock, it’s obvious that Davies will be feeling the pressure.

Last year, we saw that when the Ducati was at its best Bautista was focusing on the exit of the corner and sacrificing so much on corner entry. The strength of the bike isn’t corner entry; it’s using the torque of the engine as you wind open the throttle to then take advantage of the top speed of the highest revving engine in WorldSBK. It’s the antithesis of how Davies has ridden throughout his career.

Davies’ speed is still top notch but only when he can ride like he wants to. Since switching from the twin-cylinder Panigale, he hasn’t looked comfortable on this bike. Switching bikes isn’t easy and at the moment, Davies has had to ride while consciously thinking about what he is doing. If you’re doing that in WorldSBK you’re racing with one hand tied behind your back. Until it’s natural, it’s hard to see how Davies can consistently be the force that he once was.

Follow the recommencement of rivalries in World Superbike in 2020 with the WorldSBK VideoPass!