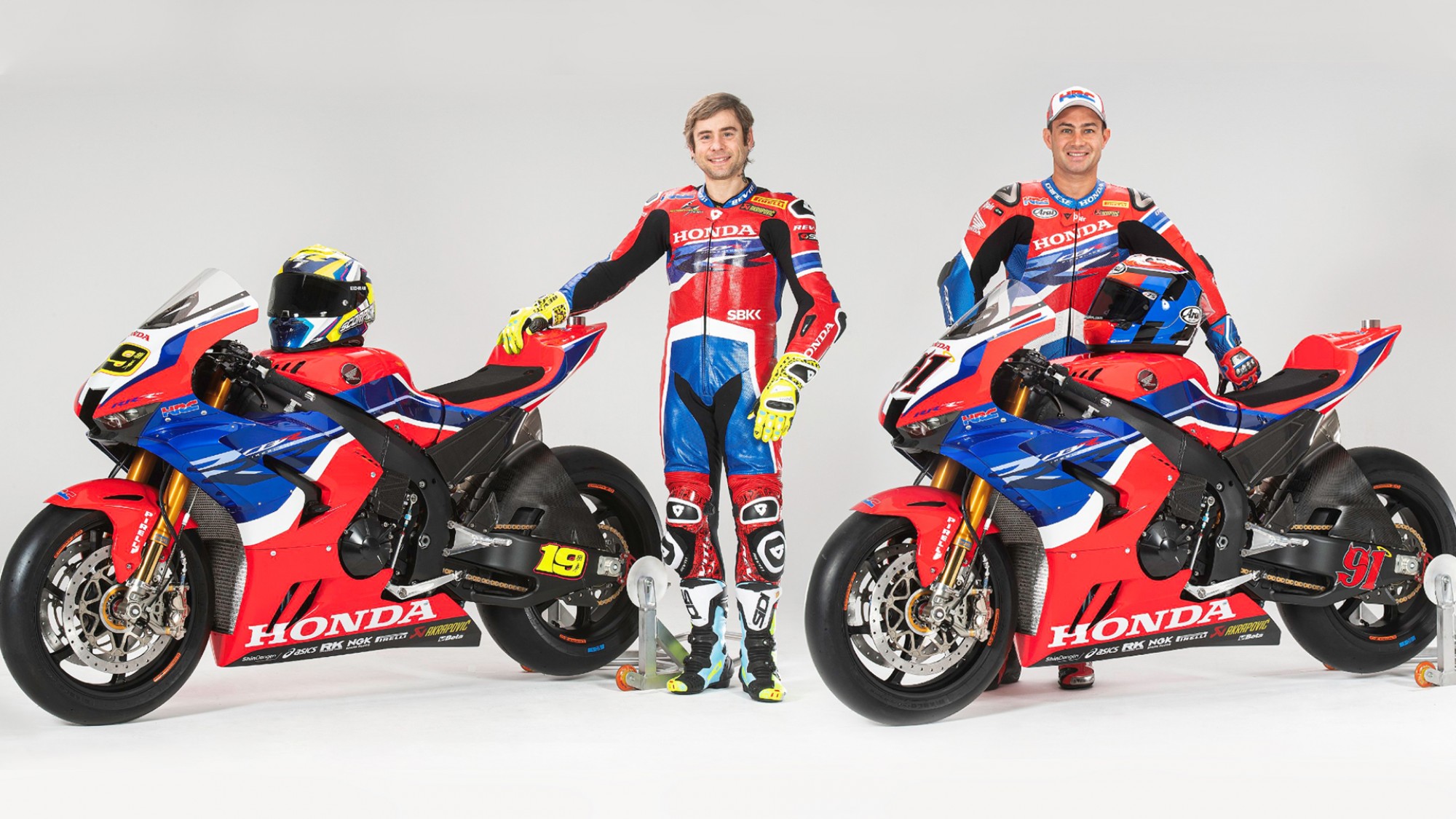 With less than a week until the first round of the season begins, Team HRC have unwrapped their 2020 World Superbike livery…

Back with a bang for the 2020 MOTUL FIM Superbike World Championship, Team HRC have unveiled their 2020 World Superbike team colours at their team launch in Tokyo, Japan. The iconic Japanese manufacturer has Alvaro Bautista and Leon Haslam as their rider line-up and have already shone in testing. Now, with their livery uncovered for the first time, this is the first public glance at the all-new CBR1000RR-R with its colours for the year ahead.

The livery is similar to the 2019 team’s livery in the classic HRC colours of red, white and blue. Bold and striking, the new factory team are aiming high in 2020 and want to develop the bike as quickly as possible in order to be competitive from the start. The MIE Racing Althea Honda Team were also launched at the event, with Takumi Takahashi on stage, whilst their second rider was confirmed as Jordi Torres.

Speaking at the team launch, Bautista said: “For sure, this is a very special moment for me. To be part of this brand-new project is very good. I am so happy to be here in Japan, because I always feel very loved from the people here. It will be a really good project and we are looking forward to starting the season; it will also be difficult, as we have to develop the new bike but I am sure that together with Honda, we can reach our target that is to win.”

Teammate Leon Haslam was also keen to start, saying: “To be a part of this project is a dream come true. To be here in Tokyo, the effort HRC are putting in [to the] brand new Fireblade, I’ve been smiling from the very first laps I did and I cannot wait to start in Australia next week. We got to see the bike for the first time and we were both just smiling and laughing. The excitement of this whole project, the look of the bike, you can see for yourself it´s amazing.”

Honda as a manufacturer have enjoyed a lot of success in the Superbike World Championship paddock, with their last win coming with the late Nicky Hayden at Sepang in 2016. Their last title came with Britain’s James Toseland back in 2007, but as a factory team, there’s been no success since 2002 and Colin Edwards’ historic second WorldSBK crown at Imola. For the first time in 18 years, Honda are back as a full factory effort and are keen to impress from the first round.

Team HRC team manager Jaume Colom was in attendance, stating his excitement for the new season: “I am happy to be a part of Honda once again and HRC. I would like to thank them for this project. It is a new team with a new machine, and we know that at the beginning is not easy but our clear target is to bring the bike to the top positions in the new future. This is a new challenge for Honda, the riders and the team and we will fight with our passion, motivation and courage.”