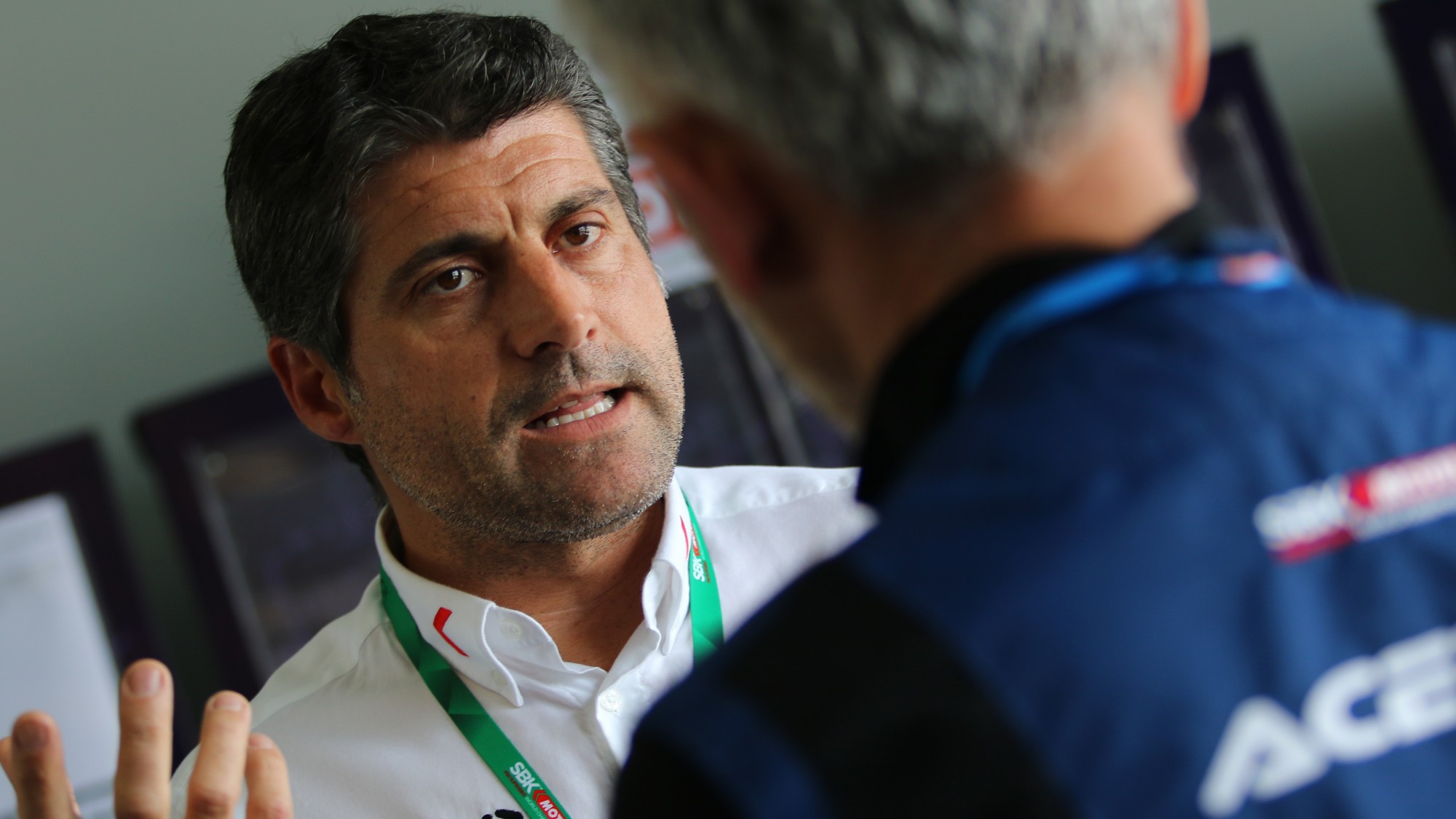 WorldSBK Executive Director sheds light on next year’s calendar, the COVID-19 situation and discusses regulation changes in the future…

Following on from the first part of the interview, the Executive Director of the MOTUL FIM Superbike World Championship, Gregorio Lavilla, talks big topics ahead of 2021. With a teaser on the 2021 calendar, a glance at possible regulation changes in WorldSSP and also comparing the growth of WorldSBK’s popularity now to what he experienced when he was a top-level racer, Lavilla reveals big details on what’s on WorldSBK horizon.

Can you tell us anything about the 2021 calendar?

“Regarding the calendar and having analysed the situation carefully and thoroughly, the 2021 schedule will be subject to the COVID-19 situation. We need to plan the non-European races a bit further in advance in order to send the correct materials, arrange the cargo planes and in general, for all rounds, with the pandemic and also the economic situations, it is not easy for some organisations to make instant decisions. The target however is to have between 11 and 13 rounds in total, with nine to ten in Europe and two or three non-European.

“What I can say is that we are working on having three brand new circuits that WorldSBK has never seen before, but I can’t say where at the moment. In Australia, the event will take place at the end of the year in order to analyse the situation by that time; for sure now, it’d be very risky to decide and commit to being there in February. We are working on putting all of our European events first, starting in April until the first week of October and from that point, if the situation is good in Argentina, Australia and a race in the Middle East that we are working on, then they will go ahead. I think by July or August, we will know as we need to wait until nearer the time.”

“I know what is needed and basically, these are things that will be decided by the governments of each country and not internally. What I’m foreseeing is that we need to separate two aspects: the public outside in the grandstands, which in my opinion, could be easy to reach an agreement, and the other key point is also the interaction between sponsors and fans within the paddock. This will depend on restrictions in terms of attendance and what the future will be with regards to travelling country to country. Another aspect is the kinds of testing that could happen in the event of travelling, but only with a negative test. With the development of the antigen test, it is quicker and cheaper than the PCR, where you have to wait one day. We are making a plan for all these eventualities, and once we have the information then we can choose the right path.”

There’s been speculation about WorldSSP regulation changes: what can you tell us about this?

“In the WorldSSP class, this is probably now the sixth year that we are talking to manufacturers about the future and whether they will produce new models and new bikes in the class. We are always looking at ways to improve the racing and increase the exposure of different manufacturers and we have started analysing future options to add to the class. These are of course challenging because there’s the potential for different models with different characteristics. We proposed this with the FIM and although they want to take some time to fully understand it, they agree with the concept; it is something that we are working on, but it won’t happen in 2021. If all parties are happy with the proposals, then we will spend 2021 to establish some guidelines.”

What are you planning on doing for the number of riders in WorldSSP300 with such a tight schedule?

“This goes in line with the other answers, such as the schedule being very compact and the possibility of delays. It will not be possible to have everything. We are working on whether it is best to have a single group with two races or a double group with one race and other possibilities. It is all a combination and it isn’t as simple all the time. The current format helps the exposure of the teams a lot and allows them to have bigger teams and helps them to take part in the Championship. This is what we are evaluating on in the class; whether or not we can keep three to four riders per team.”

When you look at your era of racing in WorldSBK and the current competitivity, are there any similarities and is WorldSBK heading to be the strongest it has ever been in the years to come?

“When I was racing, I was lucky to be a part of when WorldSBK was enjoying great popularity in some countries. Now, we are getting back to those kinds of times. With the financial crisis of 2008, everything had to take a step down and the aim was to improve the format of competitivity and accessibility for everyone by reducing the cost and bringing back the manufacturers. Now, we have one tyre supplier with Pirelli, suspension and brake limits and so on. It’s a great time to be a rider in an Independent team as if you have got decent parts, you can be a challenger at the front without needing to be a factory rider. The reason we have Independent teams winning is because of these changes which we started in 2013.”

Keep up with all the action in the off-season and relive your favourite races in full with the WorldSBK VideoPass!