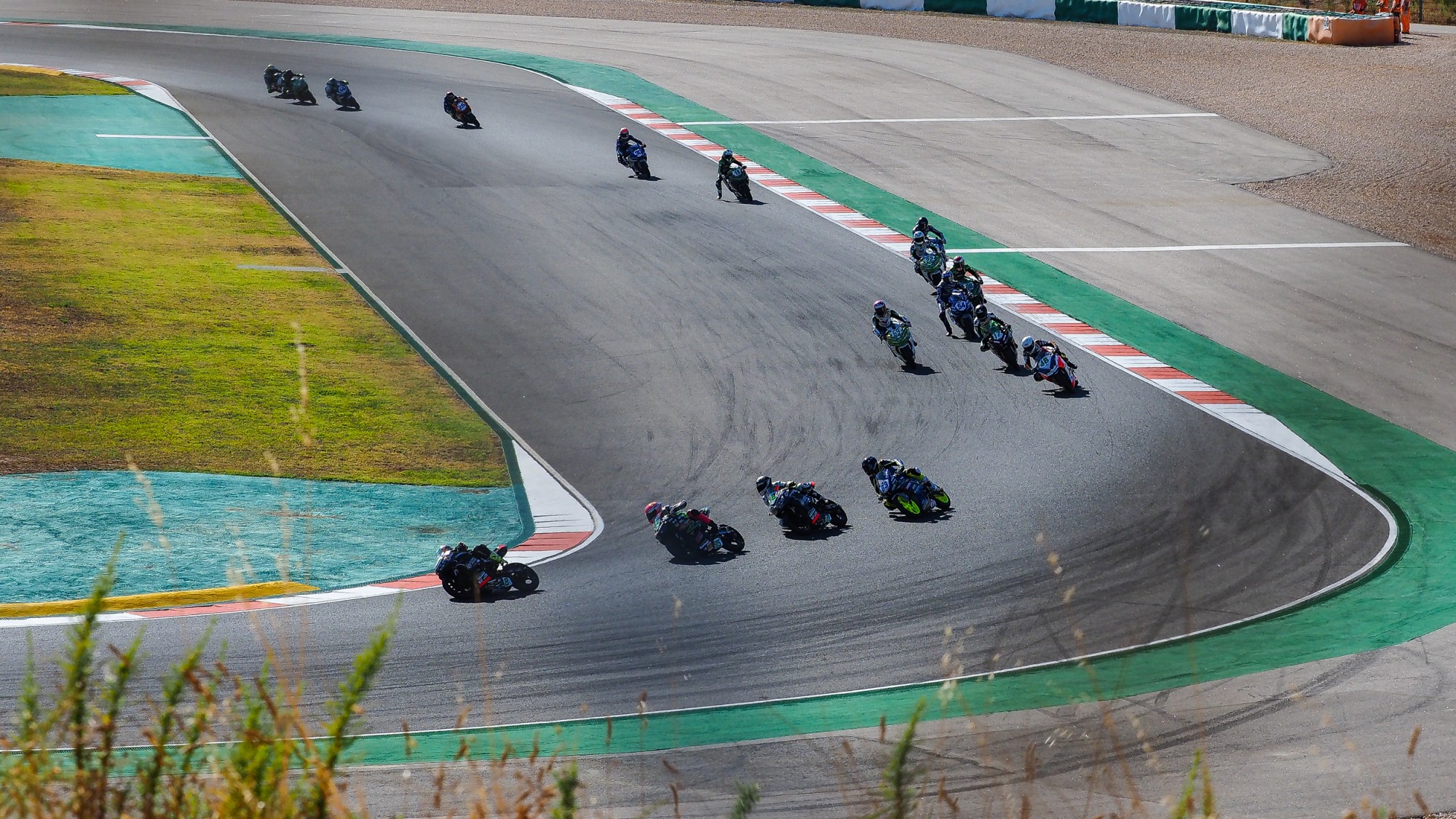 The 2020 FIM Supersport 300 World Championship has seen an incredible amount of action in the opening four races of the season, all bringing a different winner. From thew highlights of Jerez to the talking points of Portimao, the feeder class is set for one of its biggest Championship fights yet. Eight different podium finishers, five different race leads, four different winners and all going for the same Championship, the field has never been so unpredictable.

The first round of the anticipated season fired into life and straight away, it was Unai Orradre (Yamaha MS Racing) who took his first ever podium in the class, coming as a win in dominant fashion. The Spaniard pulled away at home and was able to cruise to the win, whilst Tom Booth-Amos (RT Motorsports by SKM – Kawasaki) pipped Scott Deroue (MTM Kawasaki MOTOPORT) to second. Race 2 saw history made as Turkish star Bahattin Sofuoglu – nephew to Kenan Sofuoglu – took a career-first win for himself and his country. Leaving the round however, it was Booth-Amos who led the standings, as the rookie Brit’s consistency paid dividends.

For the Motul Portuguese Round at Portimao, the new winners were pegged back, and the established stars took over. Ana Carrasco (Kawasaki Provec WorldSSP300) managed to take victory in a Red-Flagged Race 1, whilst Scott Deroue managed to do the same in Race 2, also seeing the Red Flag brought out. After the ‘old guard’ came and conquered ‘the rollercoaster’ and took back control of the standings, it’s anyone’s guess as to whether who will be able the next rider to take a stand at in WorldSSP300 class.

It’s the first time in the class’ history that four different riders have taken the first four wins of the season. Furthermore, if the stats are anything to go by, then there’s plenty more on the horizon. Numerous riders who are yet to win or achieve a podium have done so before in the class and if a fifth winner was to happen, it’d be the third time in the class’ history that it has happened. The record for different consecutive winners is seven, achieved at the end of the 2017 season and in the first two races of the 2018 season.

Find out if new records can be made in 2020 with the WorldSBK VideoPass!