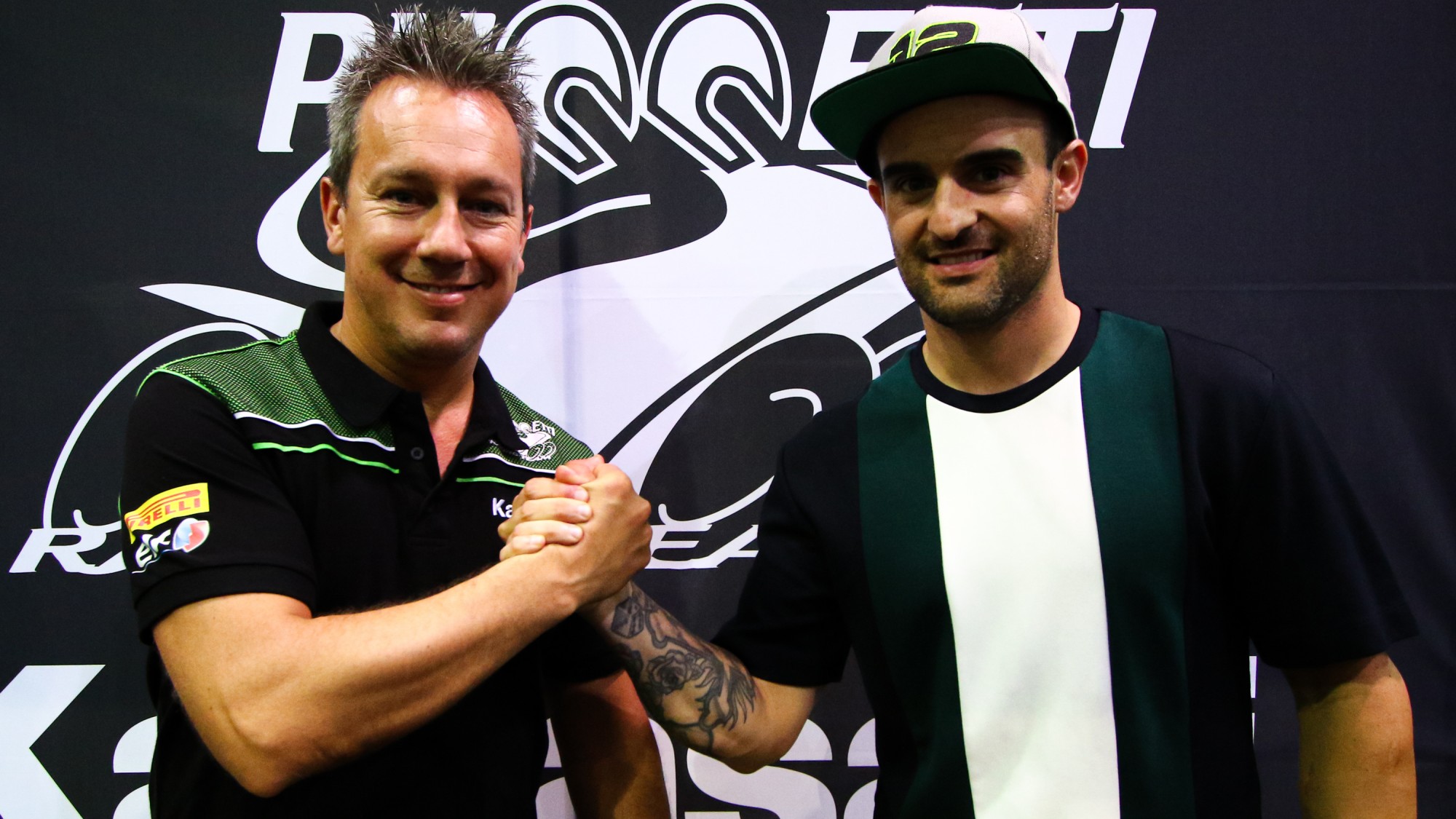 The Spanish rider will be back in the big time and returns to the WorldSBK stage with a new team, new bike, new goals but the same determination and hunger

Xavi Fores will join the race-winning Kawasaki Puccetti Racing team in 2020, as the Spaniard is confirmed to be returning to the international stage with the MOTUL FIM Superbike World Championship. The Spaniard took six podiums in his previous spell in the Championship and after a season away, he is coming back with a bigger point to prove than ever before.

Aged 34, Fores will look to bring his experience from various Championships to the Puccetti Kawasaki squad in 2020, where he will replace Toprak Razgatlioglu. The Spaniard’s previous time in World Superbike had plenty of success, when he took six podiums, three front row starts and set one fastest lap, not to mention his 33 laps in the lead over the course of his career.

Fores started out in WorldSBK in 2011 on a BMW, debuting at Imola and taking points in Race 2. Two years later and Fores returned to action for his home round at Jerez, where he was ninth in Race 1 after taking a then-best Superpole result of eighth. But it wouldn’t be until 2015 when Fores really got the chance to prove his worth. A stunning front row at Losail and finishing inside the top ten in all of his entered races that season, Fores earned himself a permanent seat on the grid for 2016.

Joining the BARNI Racing Team, he took plenty of strong results before a sensational podium in the torrential rain of the EuroSpeedway Lausitz in Race 2, repaying BARNI’s faith in him. 2017 would see the Spaniard lead a race for the first time in Race 2 at Phillip Island, although he wouldn’t be able to get on the podium. Finishing the season in an exceptional seventh, Fores had a point to prove in 2018. Three podiums from the first five races and several laps in the lead at his home round of Aragon in Race 2 showed his pace. Two more podiums would follow as he won the first official Top Independent Rider award.

After a year out in BSB racing for Honda and taking a pole position and four podiums, Fores is delighted to be back in WorldSBK, saying: “I am really happy to re-join WorldSBK with the Kawasaki Puccetti Racing Team for next season. Manuel and Kawasaki have built a very strong team in the last few seasons and it was very easy to make a deal with them. The bike is very strong and I think it can suit my riding style very well, so I was pushing hard to close the deal with Manuel. I can’t wait to jump on the bike and start to work hard to prepare for next season to make sure we start Round One in Australia with a strong package and in good shape. I want to thank Kawasaki Europe for their big effort and their support, and I also want to thank Manuel for his trust in me”.

Manuel Puccetti is also pleased to welcome Fores into the team for 2020: “Our goal is to win, it is always to try to win; it is not easy, but we will try to do it again next season. I think we can do a very good season with Xavi, as he should be very, very fast with the Kawasaki. The package we had with Toprak this season already shows the level of our bike. Xavi is very fast and very consistent in all conditions and I believe he is the perfect rider for us. I think with his experience, he can adapt very fast and we’ve scheduled many tests already. It is difficult to say now whether he will be fast like Toprak this season, but in two or three rounds, he will be very strong. I think he will be very excited to join this package!”

Follow Puccetti’s and Fores’ progress throughout the build-up to 2020 with the WorldSBK VideoPass!