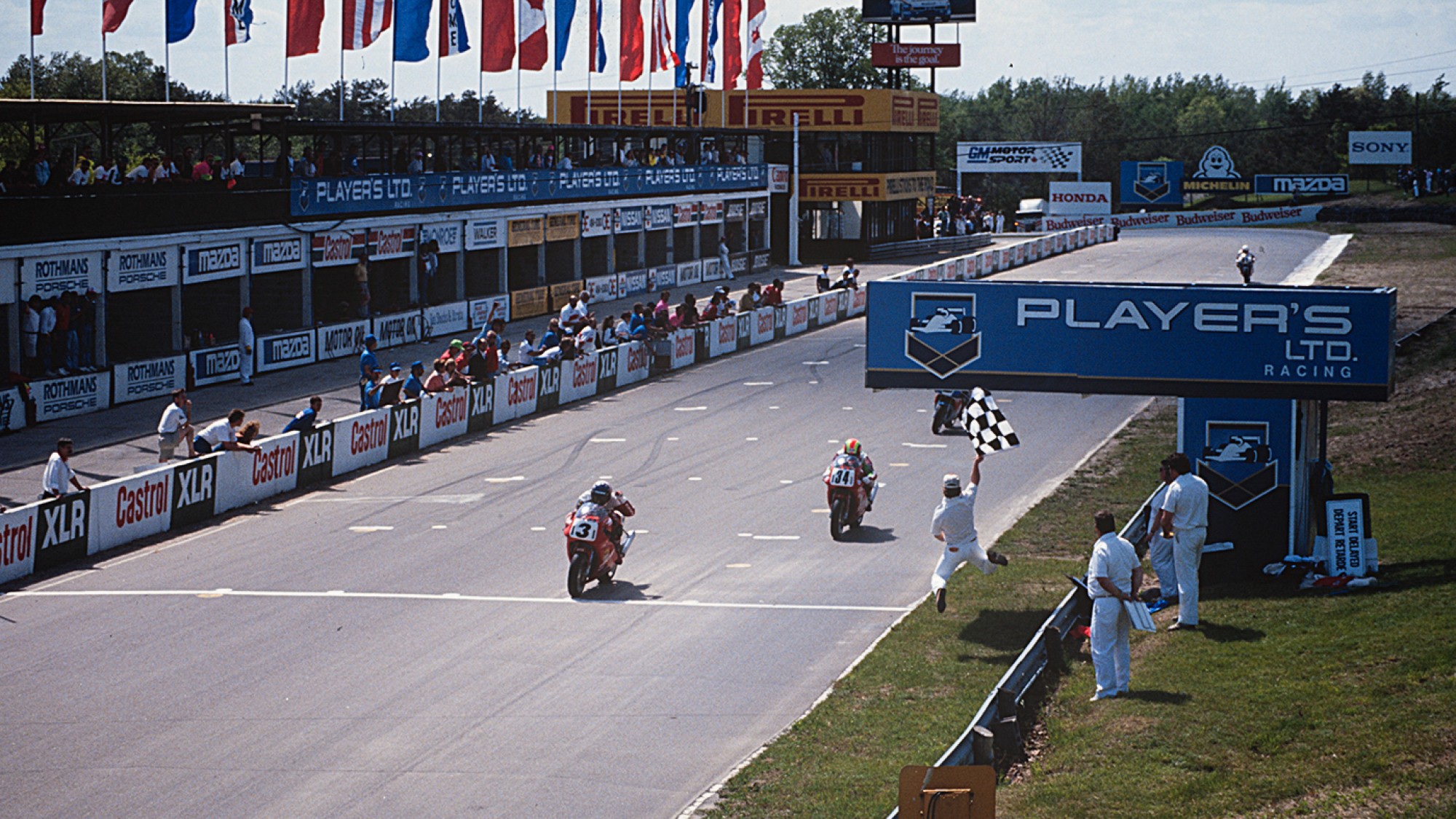 Across our social media channels, we’ll be reliving some of the biggest moments in our Championship, from future Champion’s first wins and last visits to famous tracks…

As the 2020 MOTUL FIM Superbike World Championship awaits a resumption, it is time to cast our minds back to some iconic moments in WorldSBK history this coming week. The new month welcomes a big summer party from years gone by in World Superbike on our social media platforms, with everything from birthdays, first wins, last visits to countries and much, much more.

Starting the week on the 1st of June, Carlos Checa achieves his first win in WorldSBK at the Miller Motorsports Park in the USA. He achieved the double, giving Honda a 100th WorldSBK win. Turning 25 on the day is MV Agusta Reparto Corse’s Federico Fuligni. On June 2nd and 3rd, we stay in North America, but go to Mosport, Canada. June 2nd sees the chaotic 1991 round, where top riders decided not to race. Wildcards Pascal Picotte and Tom Kipp headlined and took wins on the last visit to Canada. In 1990, Raymond Roche took a tenth career win at the same circuit in Race 2 during his Championship year. Eugene Laverty (BMW Motorrad WorldSBK Team) is also 34 on the day.

On the 4th of June, we visit the iconic Hockenheimring for one last hurrah, giving some of the best action ever seen in WorldSBK yet again. Race 1 saw a career-first win for Troy Bayliss, with the Australian only drafted in to replace the injured Carl Fogarty, a new WorldSBK star had been born. In Race 2, it was a head-to-head duel between Noriyuki Haga and Colin Edwards, going down to the final sector where Haga would come out on top. On June 7th, we relive Jonathan Rea’s (Kawasaki Racing Team WorldSBK) 25th race win at Portimao during Race 2, completing the double for KRT.

Enjoy the 2020 World Superbike season when action returns with the WorldSBK VideoPass!