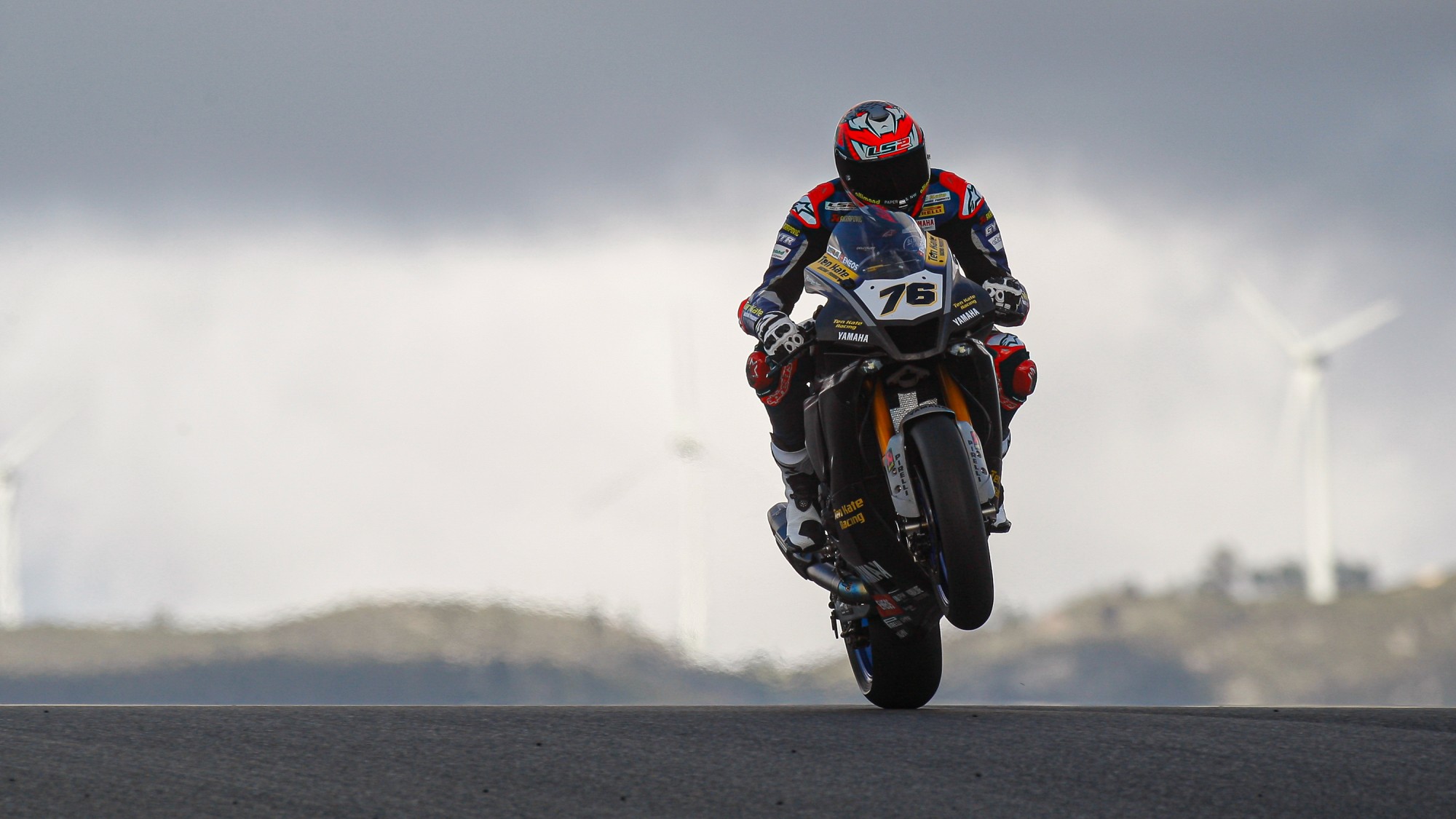 The effervescent Loris Baz hasn’t won a race since 2013 but pumped up and dishing out the fighting talk, the Frenchman won’t be taking any prisoners at the start of the new decade…

Having featured prominently across four days of testing at Jerez in Spain and Portimao in Portugal, 26-year-old Loris Baz is eager to get the 2020 MOTUL FIM Superbike World Championship underway at Phillip Island in Australia in exactly one month’s time. Baz was third at the end of the Portimao test and with ten minutes to go, the Independent rider looked like he would put Ten Kate Racing Yamaha YZF R1 on top, only for Toprak Razgatlioglu (PATA YAMAHA WORLDSBK OFFICIAL TEAM) and Scott Redding (ARUBA.IT Racing – Ducati) to pip him in the dying minutes.

Baz spent much of the test doing back-to-back testing between the 2019 and 2020 Yamaha bikes, with the Japanese manufacturer bringing out an evolution of their bike for this season. He set about improving his performance on the Q tyre, whilst also working on riding position and electronics across the two days.

The youngest ever Champion inside the WorldSBK paddock, Baz’s Ten Kate Racing Yamaha isn’t too dissimilar to the one at the disposal of Razgatlioglu and Michael van der Mark (PATA YAMAHA WORLDSBK OFFICIAL TEAM), and he was taking the positives forward from a successful two days of dry running in Portugal.

Reviewing his time at Portimao, Baz stated: “I am really happy because we have a lot of things to try and a lot of things to improve. We knew our weakest points and we improved it a lot, so I am really happy. We did all of our test plan and we have been quick all day. We improved a lot with the race tyre, as well as the new tyre which was one of our weakest points last year and also with the Q tyre at the end with two laps, which is really positive as it is the first time with this tyre and this bike, so overall I am really happy to leave this test with good pace and smiles all over the box, so this is cool!”

In 2019, despite joining at only round six at Jerez, the two-time WorldSBK race winner achieved 16 top ten finishes, culminating in a top ten finish overall at the end of the Championship.

“We are not scared of anyone and are really looking forward to this season. I think the target is to be on the podium as much as possible and to be in the top five in every race. It’s going to be a nice season I think, because many guys are really fast and I think we are going to see many guys fighting at the front: both KRT riders, both factory Ducatis, both factory Yamahas, the Hondas are getting closer and some private team riders like Xavi Fores and me can go quite fast.

The target is to be on the podium as much as possible and to win a race, maybe a few races – like Toprak last season, who was not scared of anyone. The season is really long with many races and I am really looking forward to it.”

As Baz leaves nothing on the table, there were plenty of other talking points from Portimao and Jerez testing.

You can get all of the action in comprehensive fashion and build-up to the much-anticipated 2020 season with the ultimate WorldSBK VideoPass!