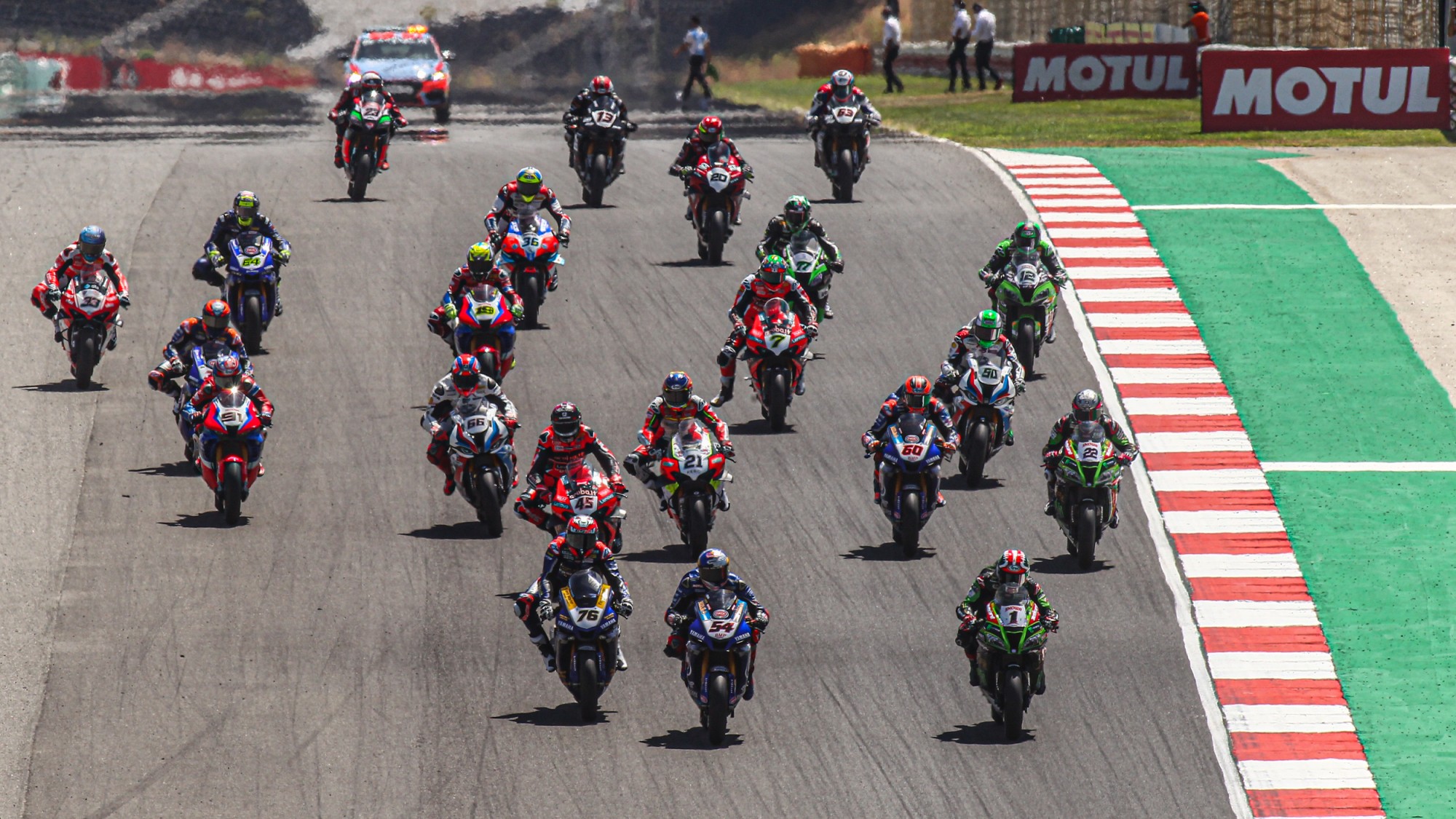 The Motul Portuguese Round of the 2020 MOTUL FIM Superbike World Championship was a memorable one. Kawasaki’s 150th victory, Jonathan Rea (Kawasaki Racing Team WorldSBK) became the fourth different Championship leader, Scott Redding (ARUBA.IT Racing – Ducati) struggled, whilst Yamaha were consistently packing out the podium places. That’s not to mention a first top five of the year for Alvaro Bautista (Team HRC) and a stronger showing in Sunday’s races from Tom Sykes (BMW Motorrad WorldSBK Team). In all, all five manufacturers have reason to be happy.

For Kawasaki, hitting the big numbers for a 150th victory, courtesy of Jonathan Rea, is impressive but Alex Lowes (Kawasaki Racing Team WorldSBK) also had a strong weekend. Two fourth places and a front row starting position after Saturday Superpole, the Englishman can be buoyed by finding a breakthrough on the Q tyre, something he has struggled with in 2020. Jonathan Rea himself was in the finest of form, dominating the event to take pole position and three races wins, coming away with the Championship lead. In all, Kawasaki responded to a disappointing Jerez in the best way possible and now, they’re ready to build on that going to MotorLand Aragon.

Over at Ducati, it was a bit more of a mixed weekend but still, with plenty of positives – particularly on Sunday. Both Redding and teammate Chaz Davies struggled to get up to speed on Saturday, with poor Tissot Superpole results and with race difficulties, in which then-Championship leader Redding could only nurse the bike back in seventh. But a corner seemed to be turned on Sunday, as Redding was back to fifth in the Tissot Superpole Race whilst in Race 2, he was second and Chaz Davies was fourth – up from a lowly 13th on the grid. Elsewhere, it was another strong showing from Michael Ruben Rinaldi (Team GOELEVEN), who took two top six finishes in the full races and for Leandro Mercado (Motocorsa Racing), taking his first top ten in Race 2.

Despite topping all of the Free Practice sessions, Yamaha couldn’t quite take victory in the heat of Portimao. Toprak Razgatlioglu (PATA YAMAHA WorldSBK Official Team) was a strong in Race 2 and the Tissot Superpole Race, running with Jonathan Rea in the early stages. Michael van der Mark was third in both Race 1 and Race 2, whilst Loris Baz backed up Razgatlioglu in the Tissot Superpole Race to finish in third – his first podium in six years. Yamaha have clearly made a step forward and are just missing out in the early stages of the race compared to Rea and Kawasaki. Over at the GRT Yamaha WorldSBK Junior Team squad, there was plenty to cheer on as Garrett Gerloff was battling for the top ten before a collision with Xavi Fores (Kawasaki Puccetti Racing), whilst Federico Caricasulo took a best finish of his debut season in ninth.

Alvaro Bautista was the headline performer at Team HRC this weekend. The Spaniard moved himself up the standings to seventh place, after a subdued ninth in Race 1 and 11th in the Tissot Superpole Race, before bolting up the order to fifth in Race 2. Bautista was at one point the fastest rider on the track in the final race, lapping at times, quicker than Rea out front. For the 2019 runner-up, the bike clearly works well in the heat and has strong late race pace. Teammate Leon Haslam could only manage a best of ninth in the 10-lap dash on Sunday morning, as he had the opposite issue to Bautista; he was struggling in the higher temperatures. Honda are improving and maybe at Aragon, where they’ve tested extensively, we’ll see a first podium of the year.

Finally, BMW showed small steps of improvement throughout the weekend. Tom Sykes was able to run with the fight for the top six in all races and a best result of the season in seventh in the final race of the weekend will give the 2013 WorldSBK Champion renewed confidence going to MotorLand Aragon, the scene of his first front row for BMW last year. Eugene Laverty (BMW Motorrad WorldSBK) also showed flashes of brilliance, with his first top ten of the year in Race 1 and a best Superpole of the year in ninth. Will he be able to fight at the front at Aragon like he did last year, and will BMW continue to make small improvements, eventually leading to big results?

Find out all the answers and see how the manufacturers go at Aragon with the WorldSBK VideoPass!