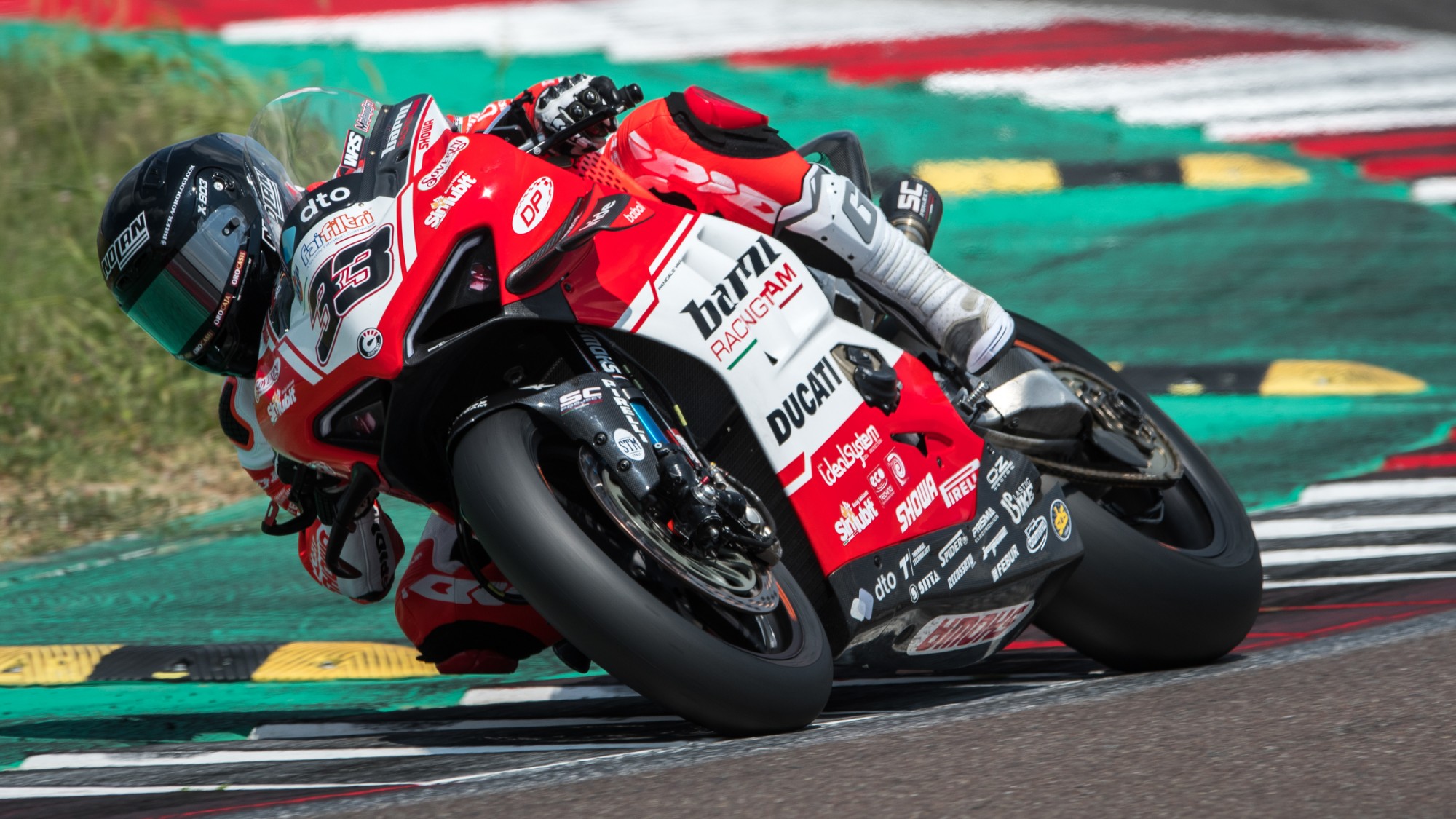 Testing at the Cremona circuit, Marco Melandri was able to blow off any cobwebs and get back up to speed!

Just one day after signing for the Barni Racing Team, Marco Melandri’s return to WorldSBK is already underway as he took on a private test at the Cremona circuit near Piacenza, Italy. Melandri, from Ravenna near Misano, got his first taste of the Ducati Panigale V4 R and acclimatised back to racing, with less than two weeks until he will be in the round weekend. Thankfully, we can look at the veteran Italian and his Barni Ducati for the first time.

Make sure you follow Melandri’s return to World Superbike action with the WorldSBK VideoPass!