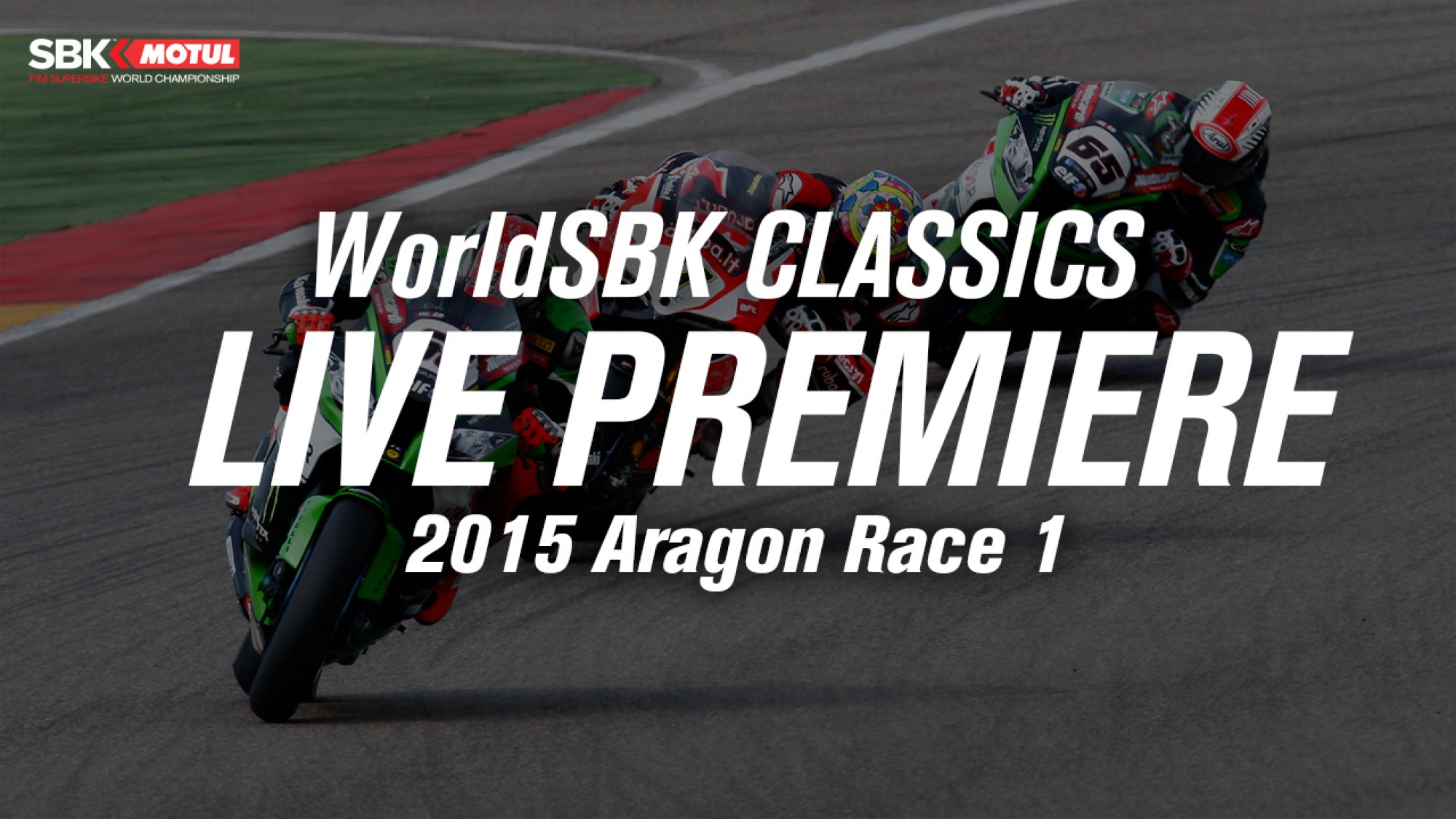 With the 2020 MOTUL FIM Superbike World Championship racing on hold, we are premiering some classic races! This week’s Facebook and YouTube premiere will be Race 1 from MotorLand Aragon in 2015. An epic battle between Jonathan Rea (Kawasaki Racing Team WorldSBK) and Chaz Davies (ARUBA.IT Racing – Ducati) meant the pair were separated by just 0.051s at the end of the 18-lap race. The premiere for this race coincides with the MotorLand Aragon weekend on WorldSBK.com. The race will be streamed at 3pm CET on Sunday.

As the third round of the season, Race 1 was the fifth race in the 2015 season with Rea winning three of the first four races and taking four podiums; Rea taking an early lead in the Championship. Leon Haslam (now Team HRC) qualified on pole by just 0.033s ahead of Davies and Tom Sykes (now BMW Motorrad WorldSBK Team) on the front row with Rea in fourth place on the starting grid.

All the races that have premiered over the past few weeks are available to watch on our YouTube channel. You can re-watch the timeless moment Sykes claimed his only WorldSBK title from Jerez Race 1 in 2013 or Neil Hodgson’s first win in front of 100,000 home fans at Donington Park Race 2 from 2000. Another one to enjoy is the epic last-lap battle between Sykes and Rea at Buriram, in Race 2 from 2016. There’s another tense and exciting last-lap battle from Race 1 at Assen in 2009, with a final lap dogfight between Ben Spies and Noriyuki Haga and the first title Italian WorldSBK Champion, with Max Biaggi at Imola in Race 2, 2010. Carl Fogarty’s first Honda win came in after a titanic battle at Race 2 at Hockenheim in 1996 while you can also watch Marco Simoncelli’s podium from Imola’s Race 2, 2009. The classic race from Donington 2007 Race 2 can also be found on the WorldSBK YouTube channel!

Don’t forget: 2020 action will resume and when it does, you can enjoy it with the comprehensive WorldSBK VideoPass!