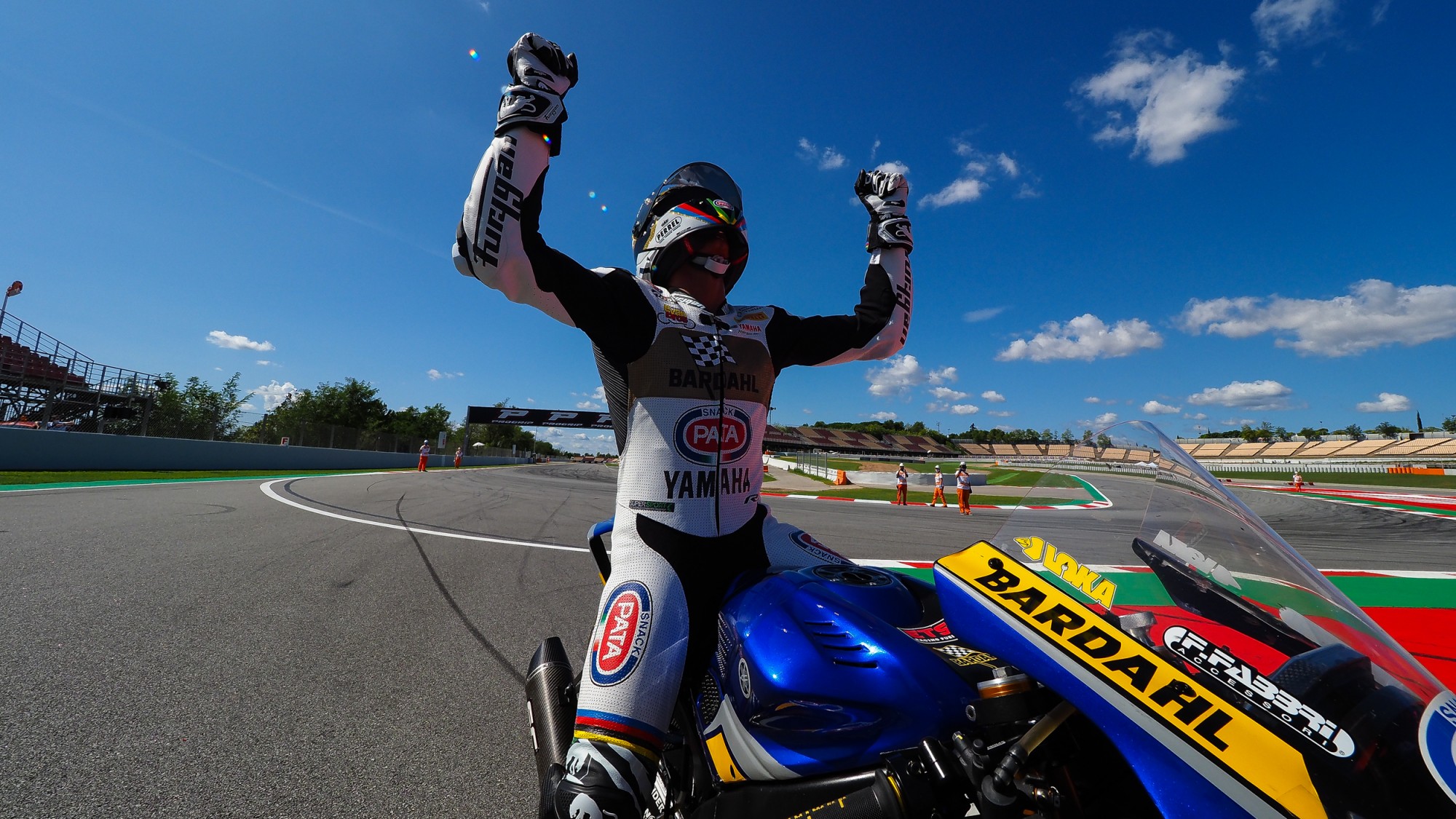 The 23-year-old Italian conquered World Supersport in formidable fashion at Catalunya, sowing up the Championship with four races to spare

The 2020 FIM Supersport World Championship has been wrapped up in convincing fashion with Andrea Locatelli (BARDAHL Evan Bros. WorldSSP Team) taking a stunning tenth victory on his way to becoming Champion. He and his team, who were Champions with Randy Krummenacher last year, celebrated in charismatic fashion down at Turn 10, where Locatelli swapped his race leathers for a special set of celebratory ones instead. With a staggering level of domination that has never been seen before and is, frankly, unlike to be seen again, make sure you savour the moment whilst it lasts and look at how Locatelli and the team celebrated this iconic achievement, with it also being the first Championship title in WorldSSP for Italy.

View more of the photos of Locatelli’s Championship celebration here and join the conversation on social media with #LOKampione and congratulate him on a sensational title.

Don’t forget, there’s still four races of the season to go and you can enjoy them with the WorldSBK VideoPass!