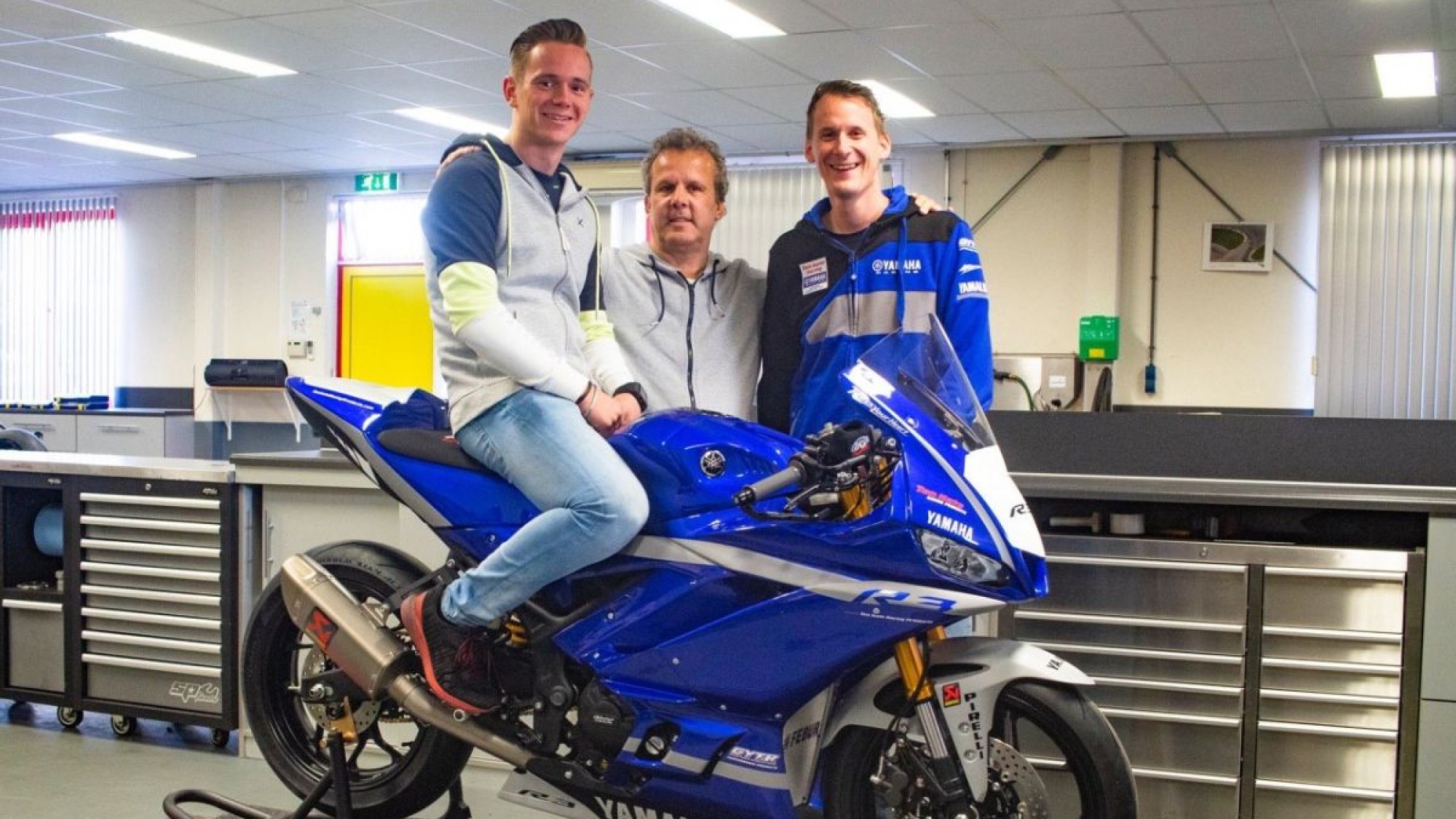 The all-Dutch team announce their 2020 WorldSSP300 line-up, but a “big surprise” is still yet to come with what else they’re planning!

The EAB Ten Kate Racing team has announced its plans to compete in the FIM Supersport 300 World Championship with former podium finisher in the class, Glenn van Straalen. The Dutch team and Dutch rider combination will look to be a winning and successful combination, with van Straalen taking his top ten experience from the World Supersport category into WorldSSP300. Using Yamaha machinery, the EAB Ten Kate Racing squad will look to be at the forefront of the ultra-competitive class.

At just 19, van Straalen has enjoyed success in the WorldSBK paddock already, with two podiums at home at Assen in WorldSSP300 his highlights from 2017 and 2018. Finishing ninth overall in the 2018 season, van Straalen’s impressive performances got him a ride on the WorldSSP grid with the EAB Racing Team for 2019, where he went on to finish ninth in the race at Assen before returning to the points at Losail. 19th overall and plenty of experience gained, van Straalen will aim to take the WorldSSP300 Championship by storm in 2020.

Speaking ahead of the deal in 2020, van Straalen said: “I’m very curious to see how competitive we will be in 2020, but I’m confident that it will be a good year for us. I would like to thank Kervin, Ferry and all my sponsors for the wonderful opportunity and I can’t wait to start our winter testing program.”

Kervin Bos, himself a former WorldSSP rider and now team manager for the EAB Ten Kate Racing outfit stated his joy and revealed a big surprise is in the pipeline: “We are very happy to have Glenn in our team as he has been fast before on a WorldSSP300 bike prepared by us and even scored a podium finish in a World Championship race at Assen. He had a difficult year in WorldSSP, but we expect that he will find his flow again. It’s also very special that we will compete next year in the WorldSSP300, WorldSSP and of course WorldSBK with Ten Kate Racing and that makes us really proud. And we are still working on a big surprise! More details will follow soon, that’s all I can say at the moment!”

With Ten Kate Racing – Yamaha using the Japanese manufacturer across all classes, the Dutch outfit provide a real stepping stone for young talent to flourish on the WorldSBK stage, something they’ve had in the past. With Steven Odendaal being their WorldSSP rider and now with Glenn van Straalen on the WorldSSP300 machine, only the team’s WorldSBK plans are to be announced.

Follow the action closely in the build up to 2020 with the WorldSBK VideoPass!