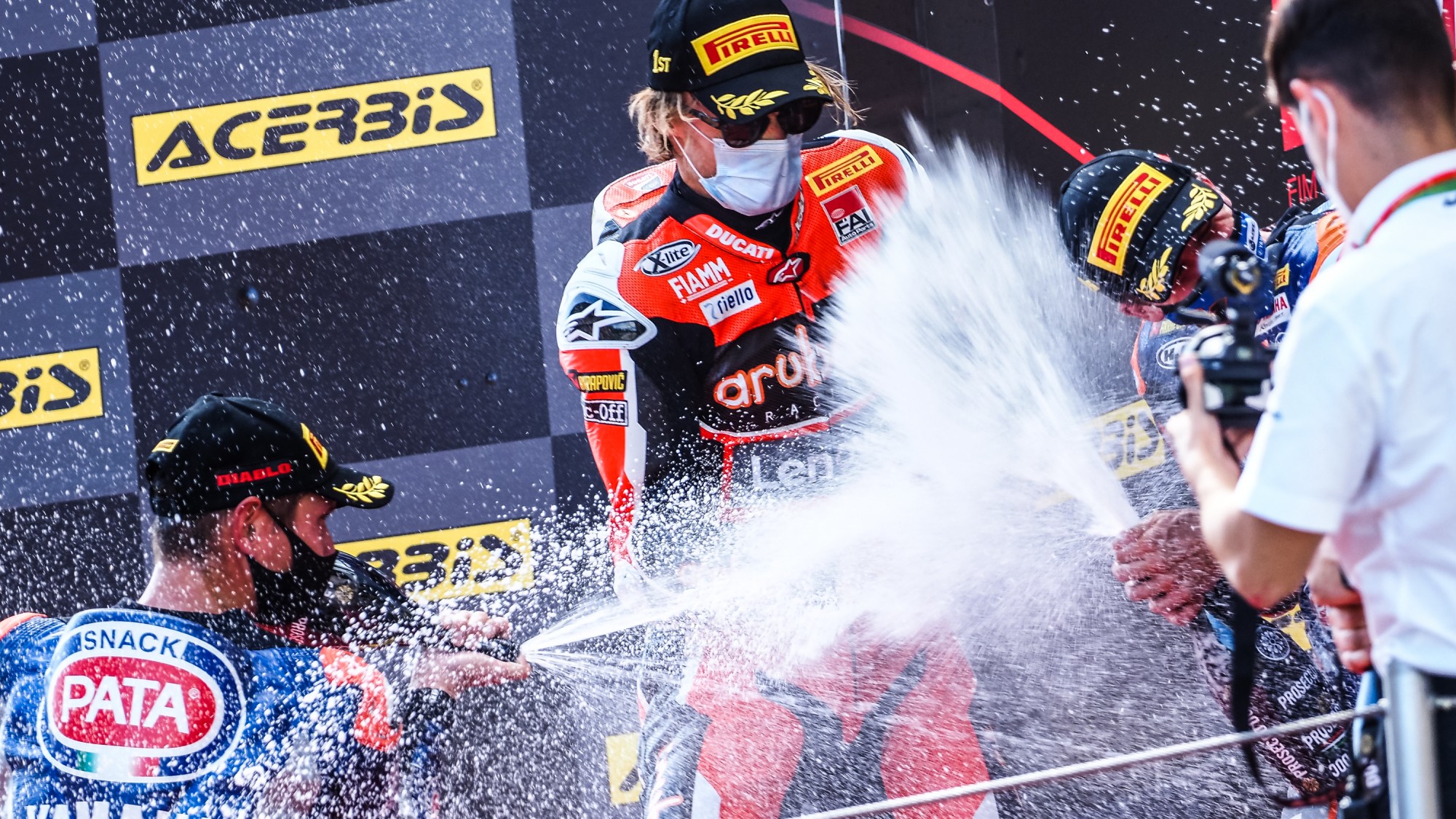 ARUBA.IT Racing – Ducati rider Chaz Davies secured his first win since Laguna Seca in 2019 with a controlled ride at the front of the field

Race 2 at the Acerbis Catalunya Round was full of drama right from the start at the Circuit de Barcelona-Catalunya but Chaz Davies (ARUBA.IT Racing – Ducati) was able to get to the front in the early stages and control the race as he claimed his 31st career victory in MOTUL FIM Superbike World Championship; moving him level with two-time Champion Colin Edwards in the all-time winners list.

Davies started from fourth in Race 2 after a strong Tissot Superpole Race with the British rider able to pass Michael Ruben Rinaldi (Team GOELEVEN) at Turn 1. Then,  he was forced to resist a brief challenge from Michael van der Mark (PATA YAMAHA WorldSBK Official Team), before easing clear and claiming his first victory since July 2019 in Race 2 at Laguna Seca.

Discussing how he was able to manage the race from the front, Davies said: “It was important to have a good start. I could dictate the pace a little bit even though I felt, looking ay the time gaps, we had the pace anyway, I felt like I wanted to manage the race from the front as I could save my tyres a little bit in the long corners and I could hear Mickey closing on me in Turn 3, Turn 4 and I was still thinking about the tyres. I was using the front in places to try and take a little bit of time out of him in places and make him work in the longer corners. It paid off. We’re suffering in the long corners with traction and we still need to improve that, but generally it was working well. The best it’s been since forever.”

The results on Sunday move Davies up to third in the Championship standings, ahead of van der Mark and Toprak Razgatlioglu (PATA YAMAHA WorldSBK Official Team) as the battle for third intensifies with just two rounds remaining. Having scored five podiums since the first MotorLand Aragon event, Davies will be hoping the recent run of podiums will put him in prime position to take third in the standings.