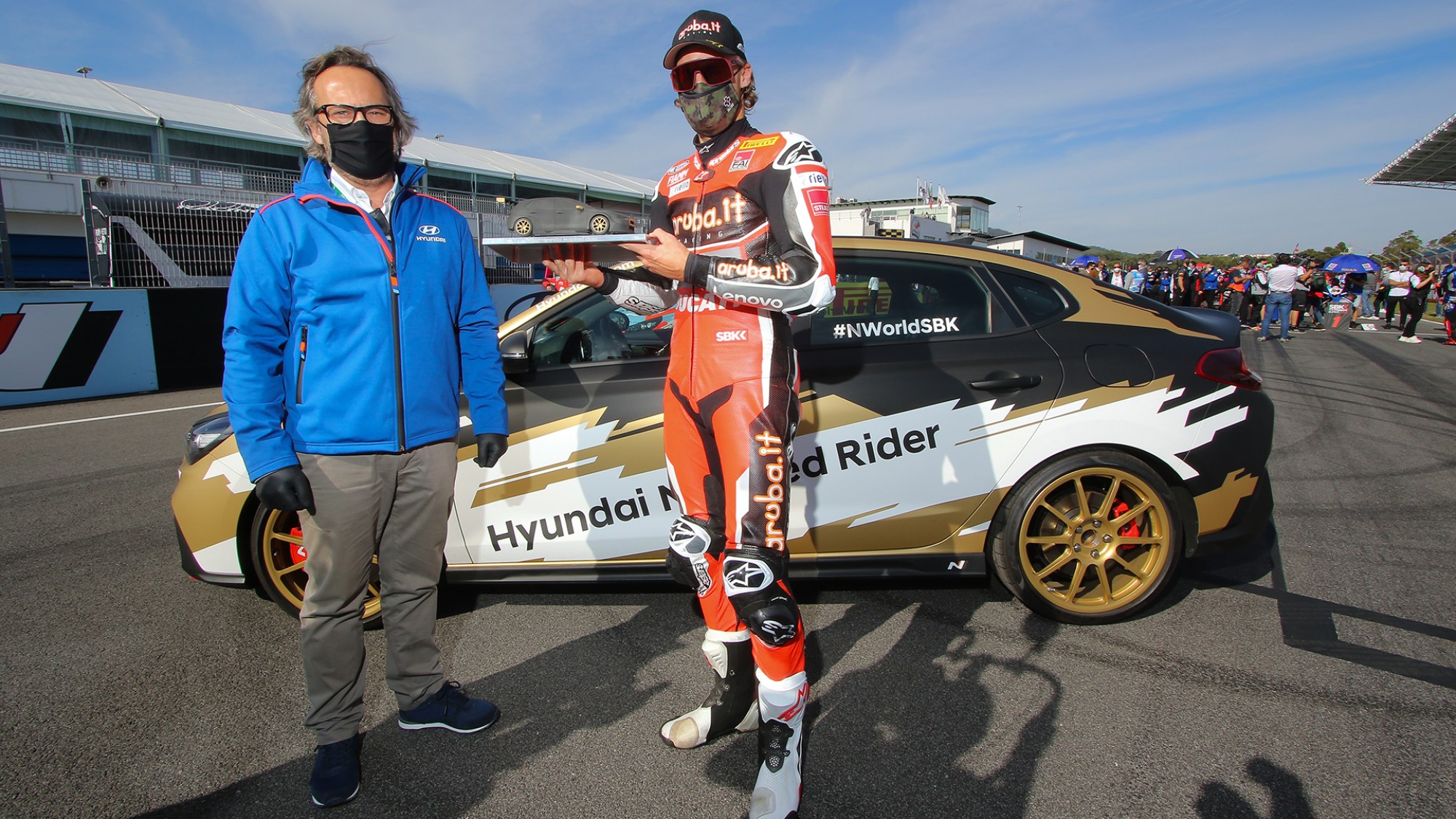 The first ever Hyundai N-Spired Rider award has been won by Chaz Davies (ARUBA.IT Racing – Ducati) as he made up more places than anyone else across Race 1 and Race 2 races in the 2020 MOTUL FIM Superbike World Championship season. Introduced for 2020, the award is determined on a points system with one point introduced for every position gained based on starting positions.

Davies accumulated an incredible 73 points during the 2020 season across the 16 eligible races, picking up points in every single race apart from Race 2 at the Teruel Round. The British rider also claimed more points than anyone else in three individual races, including ten points in Race 2 at Phillip Island. This was the second-highest total from one race across the season, behind Marco Melandri (Barni Racing Team) and Jonathan Rea (Kawasaki Racing Team WorldSBK) who scored 11 points each on one occasion.

It means Davies, who finished the Championship in third place, takes home the inaugural Hyundai N-Spired Rider award and will collect a Hyundai i30 Fastback N Performance for his race craft throughout the season as he gained more position than anyone else during the season.

Takumi Takahashi (MIE Racing HONDA Team) was second in the award standings after gaining 47 points in 2020, 26 behind Davies. The Japanese rider’s best race in terms of the award came at the Aragon Round in Race 1, where he gained seven points. It helped him to overhaul Alvaro Bautista (Team HRC), who completed the top three for the award, with Bautista six points behind Takahashi.

Despite only competing in four rounds, Melandri was fourth in the award standings as he made up places in all but two of his eight races that count towards the award, including an incredible 21 points at the Spanish Round at the Circuito de Jerez – Angel Nieto. He finished level on points with Federico Caricasulo (GRY Yamaha WorldSBK Junior Team) with the Italian rider in fifth place in the standings.

Relive the drama of the 2020 WorldSBK season and look to 2021 with the WorldSBK VideoPass!