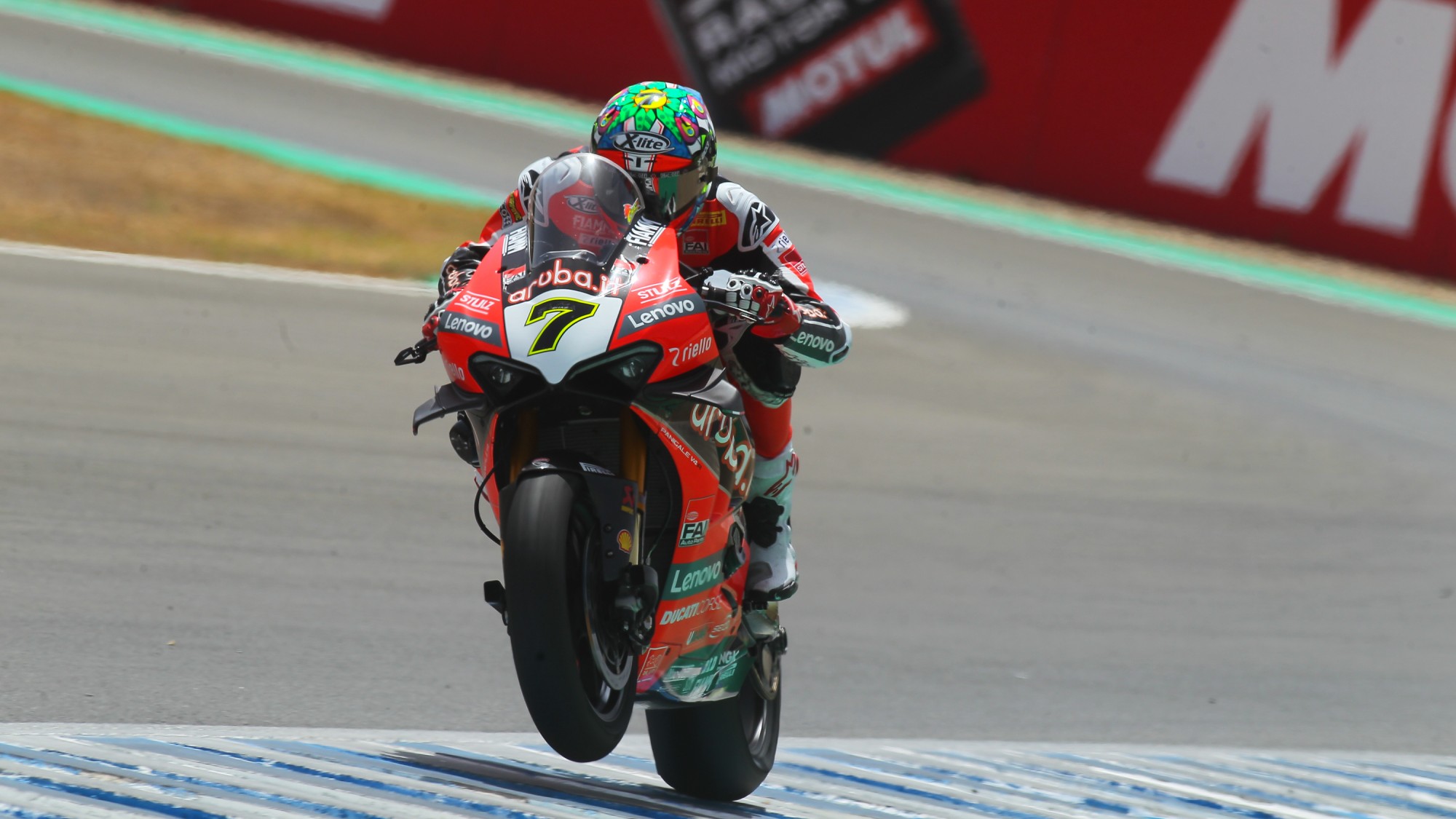 Chaz Davies (ARUBA.IT Racing – Ducati) secured his first podium since Race 2 at Losail in 2019 when he finished second at the Circuito de Jerez – Angel Nieto for the Pirelli Spanish Round. It was a weekend of consistently good results in MOTUL FIM Superbike World Championship for the Welshman as he claimed a fourth, fifth and a second in the three races.

Davies’ weekend started with seventh place on the grid for Race 1 which he converted into a fourth-placed finish, before finishing fifth in the Tissot Superpole Race to secure a fifth place start for Race 2. Davies was able to use this improved starting position to carve his way through the field to claim second place and Ducati’s first 1-2 since 2012. However, despite finishing second, Davies believes Redding have the race under control at all times.

Reacting to the weekend, Davies said: “I’m very happy to be back on the podium. The goal was three podiums, I said that on Friday after free practice, but unfortunately, I was unable to do that but it’s good to end the weekend on a strong note. I think the start really made a difference in that race, the starting position and the start itself. I got away in fifth, and I was right in the mix straight away. The bike was really good. Big thanks to ARUBA Ducati for giving me a good package right from FP1 this weekend.

“In Race 2, I was just chasing down Scott, getting a tenth here and there but he would do the same. At one point I could see I was starting to close a little bit more and I thought I’d just keep him honest. You never know what troubles he might run into, but I think he managed the race well, he was in control at all times. Very happy for myself and for the team, they’ve got the double with Scott and a 1-2 in the second race.”

While he was unable to usurp teammate Scott Redding during Race 2, Davies will be pleased by the pace he showed in all three races as well as scoring consistent results as WorldSBK heads to Portimao for the MOTUL Portuguese Round next week. Autodromo Internacional do Algarve is a circuit that Davies has gone well at in the past, taking four podiums including one as recently as 2019, and his performances in Jerez will give him confidence going into next week.

You can follow the rest of the 2020 season using the WorldSBK VideoPass!