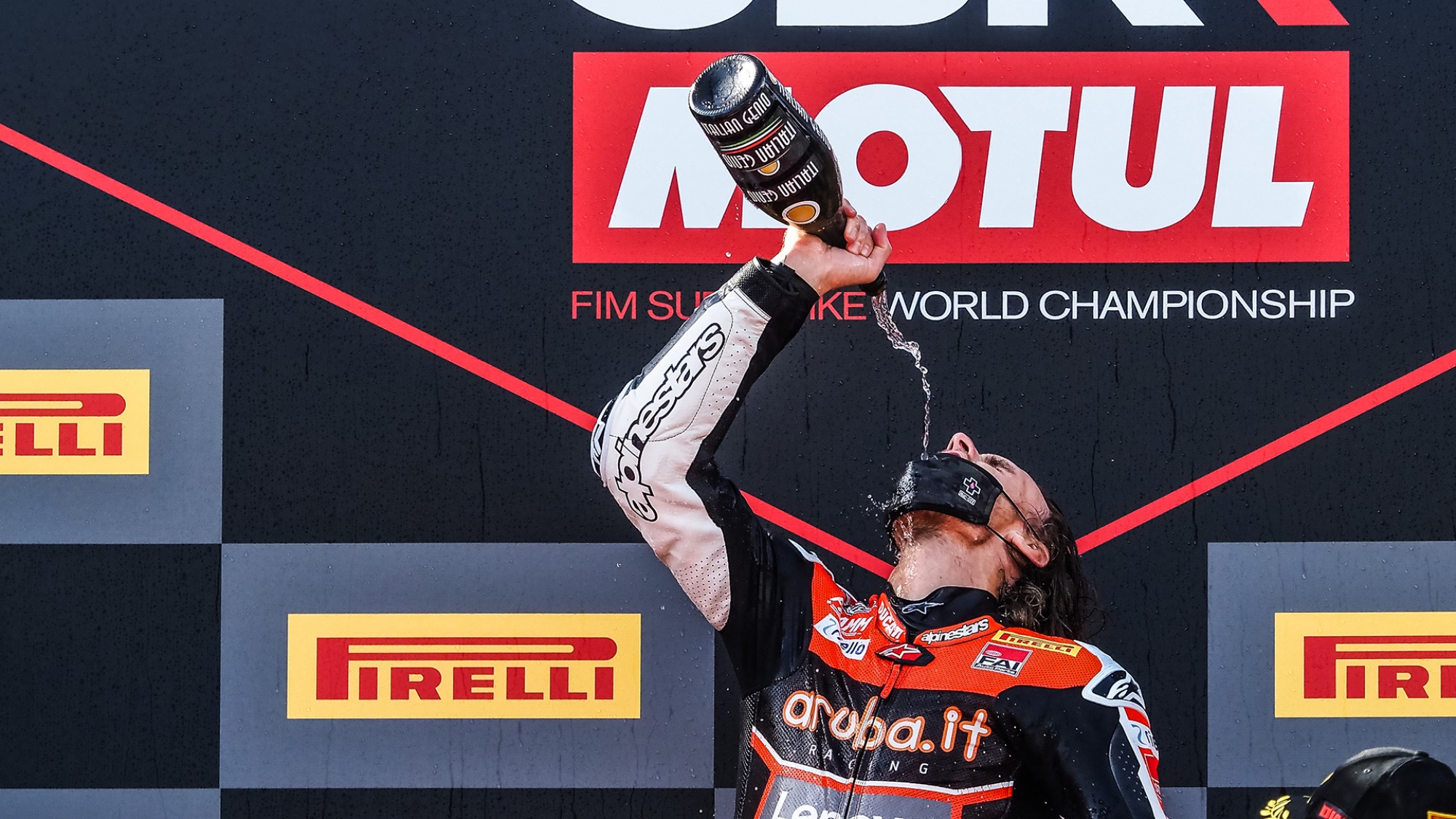 There was plenty of emotion up and down the MOTUL FIM Superbike World Championship grid but none more so than on the top step of the podium as Chaz Davies (ARUBA.IT Racing – Ducati) secured Race 2 victory at the Circuito Estoril in his final race with the Italian outfit with a commanding performance from fourth on the grid.

Davies started from the second row but was immediately into the top two when racing got underway as he overhauled both Garrett Gerloff (GRT Yamaha WorldSBK Junior Team) and Michael van der Mark (PATA YAMAHA WorldSBK Official Team); who had both shown strong podium pace throughout the Estoril Round.

A lap later he was able to make a move on Toprak Razgatlioglu (PATA YAMAHA WorldSBK Official Team) at Turn 1 to take the lead of the race and was then able to build a gap to those chasing him, not coming under any pressure for the rest of the 21-lap race as he claimed his 32nd career victory and his 28th for Ducati in his 185th start for the team.

Immediately after the race in Parc Ferme, Davies said: “It was such a weird couple of hours. I was at on the grid and all my mechanics were in tears, they’ve all written personal messages on the tank. I was like ‘I’ve got to go concentrate right now; I’ve got to pull something out of the bag’ when I’m welling up. Here we are, 21 laps later and top of the podium. Just got to put things to the back of your mind sometimes and just send it. That I did and it paid off.”

Reacting to the Teams’ Championship win, Davies said: “All the guys in the team are such an amazing group of people. A lot of the guys on my side of the garage I’ve been with for a long time, they stick with me through thick and thin, bad race or good race it doesn’t really matter. They always believe. That’s so important in my position to know they’ve always got my back. Their job is a lot of pressure and they’ve not made mistakes in the time I’ve been with them. There’s a lot of things that could go wrong and they’ve not made any mistakes. I can’t thank them enough after seven unforgettable years with them.”

He continued: “The cherry on top, which I didn’t realise at the time, was to win the Teams’ Championship. I’ve got to say that everybody deserves that massively. That whole group of people in the box, in the Aruba Ducati team, they all deserve that. It’s such a nice way to finish, to get them that title. Very happy with that.”

You can relive Davies’ best Ducati moments with the comprehensive WorldSBK VideoPass! 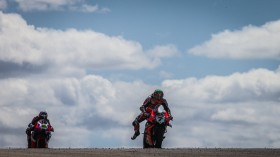